There are a number of definitions of science, as both a process and a body of knowledge. At root, it’s an effort to understand the world around us via observation and experimentation. When you think about it, that’s an awful lot for one desk at The Conversation to cover – here’s a roundup of some of the stories we chose to focus on during 2015.

In a year when we reported that only half of biomedical research studies stand up to scrutiny and only a third of published psychology research could be replicated, are you concerned your trusty science and technology editor is feeling dismayed about the state of the field? Never fear, she is not! These articles pointed out ways to reinforce scientific standards and make the research publishing process more rigorous.

The quest for reproducible scientific truth continues… and we covered hundreds of cool stories that drive the point home.

Shall we start with a visual? Eighteen astronomers from around the world chose their favorite images taken by Hubble Space Telescope in honor of the 25th anniversary of its beaming awesome images back to us here on Earth. In other space news, we tracked NASA’s New Horizons spacecraft on its Pluto fly-by. And just this month we got our closest up views of another dwarf planet, Ceres, courtesy of NASA’s Dawn probe.

Apart from exploring the enormity of the cosmos, we had a number of stories that explored another frontier closer to home: inside our brains. Plenty of research this year into the connections between our neurons – and the idea that brain activity can be as unique as we think of fingerprints being. One provocative article proposed we think of genes and neurons working together like software and hardware to make brain function possible. We looked at how all these bursts of electronic activity inside our heads manifest as behavior too. Are people at root altruistic or just confused? What are microaggressions and their potentially big impacts?

We have an ongoing series about scientists at work, where they can share in their own words some of their excitement about the work they do day in and day out. One engineer is working to figure out how sea lions swim so efficiently and agilely, with the hope of mimicking the technique. One launches space balloons to unravel mysteries of the magnetosphere. Another collects dust in public rest rooms to understand the microbial ecology of our built environments.

We spilled some electronic ink looking at what it’s like to be a STEM (science, technology, engineering and math) professional. One of our most active stories all year on social media made the case that workaholism isn’t a valid requirement for advancing in science… nerve hit, anyone? We investigated why beliefs about innate talent may dissuade students from STEM. The message: It’s OK if things are challenging; you don’t take classes in things you’ve already mastered. We also explored the question of underrepresented groups in STEM. What’s going on with sex bias in STEM positions? Where do long, poorly paid postdoc positions leave women who want to start families?

And we covered some citizen science initiatives, when the pros rely on the rest of us to help out on big projects. One used people’s judgment and their home computers to classify millions of wildlife photos from the Serengeti. Another calls for dog owners to collect data on their four-legged best buds and send it in along with doggie drool samples – in an effort to nail down connections between genes and behavior.

Some of my other favorite stories were sui generis. Biologists cracked a longstanding enigma: how the heck do eels get from where they live to where they spawn, a distance of 1,500 miles, having never been spotted? Apes make irrational economic decisions – and that includes you. Once we recognize that the algorithms that help us harness all this Big Data we hear about can be biased, what should we do? Heck, we even had a story about the archaeology of ancient Roman toilets and sewers!

It wouldn’t be a year-end roundup without a top 10 list. So without further ado, here are the most popular science and technology articles of 2015, based on number of reads:

Message received! You like stories about relationships, space, food and diet. My mandate for 2016: find a space-based eating plan that will help you find the love of your life here on Earth (unless we can figure out how to date extraterrestrials in the year ahead). I’m starting the hunt for academics researching this topic now…. Stay tuned! 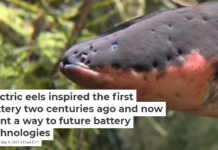 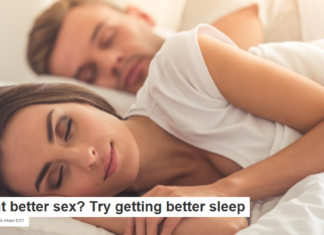 I wrote a book about email – and found myself pining...

TikTok, #BamaRush and the irresistible allure of mocking Southern accents