When Victoria Woodhull ran for president in 1872, she was depicted as “Mrs. Satan” in a political cartoon.

When Sen. Margaret Chase Smith sought the Republican nomination in 1964, one columnist labeled her too old – at 66 – while others insisted she was attractive “for her age.”

When Hillary Clinton sought the Democratic nomination in 2008 and the presidency in 2016, she was unable to escape gender-based tropes characterizing her as “calculating” and “power hungry.”

But in observing the 2020 Democratic presidential primary – which has featured as many six women – it seems possible that this time might be different. Not because sexism has left the building, but because the critical mass of women candidates may have changed the dynamic.

A lone woman in a crowd

As a researcher who studies the workplace, I was reminded during the debate of an influential study of female representation in the office.

In the 1970s, business professor Rosabeth Kanter studied the group dynamics in a corporate sales division where women represented a tiny part of the sales force. When women found themselves “alone or nearly alone” in a sea of men, they came to be seen as “tokens” – a constantly scrutinized stand-in for all women, viewed by others in terms of their gender and gender stereotypes.

Every action these saleswomen took had “symbolic consequences,” Kanter wrote. “In short, every act tended to be evaluated beyond its meaning for the organization and taken as a sign of ‘how women do in sales.’”

The women were subject to exaggerated scrutiny of their physical appearance and became “larger-than-life caricatures.” Their presence also affected the men, who behaved in a hyper-masculine way to “reclaim group solidarity” and emphasize the women’s outsider status.

This was, essentially, the predicament that Clinton faced as the lone female contender in her unsuccessful 2008 primary bid and as the first woman within striking distance of the White House in 2016. She never had the chance to be one of many female candidates whose qualifications, benefits and flaws could be evaluated in a measured way.

Even before Donald Trump arrived on the scene, she was a lightning rod and a caricature. During the 2008 primaries, a poster depicted her as a witch. Others used various gender-based epithets. A T-shirt said “bros before hoes” – a hyper-masculine expression of in-group solidarity. Fox News compared Clinton with a “nagging” wife, while a host on CNN apparently thought “scolding mother” was the better analogy.

In the 2016 election, Trump gleefully piled on, interrupting her in the final debate to call her a “nasty woman.”

As the wife of a former president, Clinton was portrayed as the ultimate undeserving “token.”

Kanter believed that the group dynamics would change if women were better represented in the office.

She hypothesized that once women made up 35% or 40% of the group, they would be liberated from their token status and others would start to see them as “individuals differentiated from each other” as well as differentiated from men.
This idea would later be popularized as the theory of the “critical mass.” It inspired, among other things, gender quotas in legislatures. Universities would also use the idea as a legal justification for affirmative action policies on the basis of race.

I was reminded of the critical mass theory in watching the Nov. 20 debate in Atlanta, which was moderated entirely by women. Among the candidates, it featured the same female to male ratio – 40% – that Kanter predicted would make a difference.

The four women on stage freed each from being the perfect woman, the “you’re likable enough” trap that left Clinton in a bind. It meant Sen. Elizabeth Warren isn’t a nasty woman – she is a populist, as some have described her, like Bernie Sanders.

It meant Sen. Kamala Harris can attack colleague Rep. Tulsi Gabbard’s record without it being portrayed as a “catfight.”

Freed to be funny

But what I noticed most from the female candidates were the sly jokes and subtle digs. Humor is difficult when you’re alone in a crowd. Garnering a laugh can be as much about solidarity as wit.

During the Atlanta debate, Sen. Amy Klobuchar was in particularly fine form. She bragged about having “raised $17,000 from ex-boyfriends” in her first Senate race. She also doubled down on a past comment that a female version of Mayor Pete Buttigieg would never have made it this far with his meager political experience. “Women are held to a higher standard,” she said, “otherwise, we could play a game called Name Your Favorite Woman President.”

Harris even used humor to good effect when former Vice President Joe Biden claimed he had the endorsement of the “only African American woman … elected to the United States Senate” – apparently referring to Carol Moseley Braun.

“The other one is here,” Harris quipped. The audience guffawed.

Kanter observed that women’s isolation in these settings not only affected how they were perceived by others. It also affected their own behavior.

Aware of their symbolic status, women felt extra pressure to perform and “prove their competence” while simultaneously trying not to make the men “look bad” and “blend noticeably into the predominant male culture.”

I wondered how Hillary Clinton would have looked up there alongside the others in Atlanta. It’s possible she would have come across as wooden or boring. Even so, the stakes would have been lower – an inference that this particular person is boring, not that women can’t cut it. 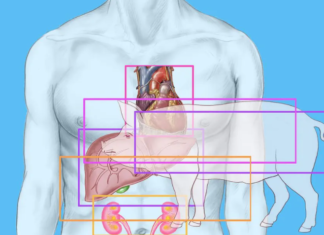