Last year’s computer-animated feature Trolls World Tour served as an early test case for movie releases during the pandemic. The film appeared on video-on-demand streaming services the same day as its limited theatrical run in April 2020. And the industry was keen to know whether audiences would be eager to stump up rental fees to watch new releases online when they couldn’t get out to the cinema.

As it turned out, the movie quickly made over US$200 million (£142 million) in rentals. Its distributors Universal began doing deals with cinema chains for more films to be released online just weeks after their theatrical launches.

The success of Trolls World Tour coincided with a supposed revolution in “remote” animation production, brought on by the pandemic. As on-location casts and crews continue to adjust to navigating new safety precautions and guidelines, feature-length cartoons by comparison appear well suited to remote working. Initially, there was even talk of an upsurge in the production of animated media that appeared somewhat pandemic-proof.

Fast forward 12 months, however, and the situation looks a little more tricky. Economic pressures mean that the animated movie industry might just be starting to shrink even if they’re more viable to produce in a pandemic landscape. A case in point is the Walt Disney Company’s recent announcement of plans to shut its computer animation division Blue Sky Studios. Its sudden demise after 34 years will undoubtedly rob popular cinema of one of its most creative and imaginative studios.

Blue Sky has made significant contributions to the shape and direction of US animation. Amid the late-1990s tussle for power between Pixar Animation Studios and its rival DreamWorks, Blue Sky came onto the scene somewhat under the radar compared with its larger competitors.

Formed in February 1987 by animator Chris Wedge, the studio started out in software design and animated adverts before later shifting focus towards visual effects and character animation, providing CGI for a number of blockbusters like Star Trek: Insurrection (1998) and Fight Club (1999).

The future of animation

While many animation studios have come and gone, the unforeseen closure of a such a leading player as Blue Sky will lead to hundreds of layoffs and the cancellation of its animated films already in production. Warnings about Blue Sky’s future were immediately sounded once it was acquired by the Walt Disney Company as part of its broader acquisition of previous owners 20th Century Fox in 2019. This meant Disney now owned two of the three major players in US animated production, following its earlier US$7.4 billion acquisition of Pixar back in 2006.

Disney’s growing monopoly of the entertainment industry over the last two decades has certainly caused widespread alarm. Don’t forget, the Mouse House also bought Marvel for US$4 billion in August 2009. In the face of the success of animation during the pandemic, the demise of Blue Sky might appear part of a broader Disney corporate strategy to gain market advantage by purchasing and then closing competitors.

The loss of a major animation studio in such circumstances could hardly be seen as good news for the sector. But Blue Sky’s sudden closure could also be interpreted as a signal that Hollywood animation more generally is under real pressure for the first time since Toy Story started a new era. Indeed Disney itself cited the “current economic realities” as the reason for Blue Sky’s termination.

Blockbuster releases from Disney and Pixar are still to come this summer, of course, but these animated films started life years ago. We’ve yet to see how the pipeline of newly green-lit films will be affected.

Meanwhile Universal’s Paris-based Illumination Mac Guff studio (creators of the Despicable Me franchise) temporarily closed down last year over coronavirus, leading to knock-on effects for its animated feature films. Release dates at all the major Hollywood cartoon studios have also seen shifts. In some cases theatrical releases have been skipped entirely (as was the case with Pixar’s Soul) because of slow production, tight delivery schedules and the pressures of domestic animation.

Questions also remain over how sustainable remote working is for the industry, especially as Hollywood studios often outsource work to off-site facilities around the world, and consistently strong and stable global internet connections can’t be guaranteed.

Whichever way you look at it, Blue Sky’s high-profile demise is momentous. Even if Disney decides to maintain some of the studio’s output – more Ice Age films for example – the unexpected end of Blue Sky ultimately points to the instability post-pandemic Hollywood is facing. It would be safe to assume that there are going to be several further cracks in the ice before too long. 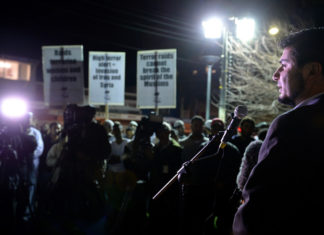 Staff Writer - October 16, 2014
By Adrian Cherney, The University of Queensland Australian Prime Minister Tony Abbott calls it “a thoroughly objectionable organisation”, “un-Australian” and “un-Islamic”. But would it be...