After the expressions of joy or despair have faded away, A Level results day often serves to emphasise the startling gender gap in students studying science subjects.

But girls are doing just as well, if not better than boys in some of these subjects. In physics, 34.7% of girls got A* or A grade, compared with 29.5% of boys, while in maths the numbers were almost the same: 41.8% of girls achieved the top two grades, compared with 42.2% of boys.

If, like me, you have recently sat through numerous graduation ceremonies, watching hordes of male engineering and computer science students troop across the stage with only a few women among them, you have to ask yourself the question: why are there so few women studying science, technology, engineering and maths (STEM) subjects?

The answer is commonly couched in terms of “can’t” or “don’t”. Explanations for girls’ avoidance of science subjects are often based on women’s biology. In the 19th century it was because of their reproductive systems, in the 20th century their hormones and now, in the 21st century, it’s their brains.

The “can’t” brigade suggest that the under-representation of women studying STEM subjects is a reflection of biologically determined deficits in key skills such as numeracy and spatial cognition. But they suffered a pretty severe setback following a backlash in 2005 when Larry Summers, then president of Harvard, suggested that a different availability of “aptitude at the high end” was underlying the imbalance.

Sadly, this form of biological determinism never fully goes away. A recent headline in the Daily Mail proclaimed that: “Female brains really ARE different to male minds with women possessing better recall and men excelling at maths.” The study was also reported on by Tom Stafford here on The Conversation. The researchers found “a general increase in women’s cognitive performance over time, associated with societal improvements in living conditions and educational opportunities”.

The main finding is that sex and gender differences in key cognitive skills are diminishing as women are given increased social and educational opportunities. No reference to “brains” or “biology” at all. But that didn’t stop the Daily Mail using these words in their report. The “blame the brain” brigade will now use this as “evidence” that women can’t engage with STEM subjects because of innate biological deficits.

What of the “don’t” brigade – those who push the idea that although women could engage and excel at STEM careers, they don’t. Among other aspects, they say this is because the work is related to “things” and is not “people” oriented.

A recent talk to the British Association Studies Association conference by psychologist Gisbert Stoet attracted startling headlines: “Give Up on Gender Equality in the Sciences at School” wrote the Telegraph, while the Huffington Post reported that the Glasgow professor had said: “We Should Give Up Encouraging Girls To Do Science”.

Stoet says these headlines were unrepresentative of what he actually said. His argument is that it will be impossible to change the subject choices or vocational interests of girls because we are ignoring the power of biological factors in determining them.

He quotes a study showing that girls’ interests in “people” and boys’ in “things” are biologically determined, possibly even prenatally.

So both the “can’t” and the “don’t” brigades are marshalling biological arguments in support of maintaining the status quo and urging those politicians and lobbyists aiming to address the STEM gender imbalance to stop wasting their time (and our money).

But a fundamental flaw in their arguments is to ignore what we now know about how changeable brains are, not just during the early years of development but throughout our lives. The patterns of change are not just a pre-determined unfolding of nerve cells and networks but an acutely responsive reflection of very subtle environmental factors.

Brain development is almost inseparably entangled with its environment. It can be affected not only by major physical events but also by more subtle factors such as expectations and attitudes, including gendered ones.

Researchers’ increasing understanding of the brain’s plasticity is the basis of increased optimism about being able to overcome many forms of brain damage and deterioration, even in ageing. So why is there an underlying acceptance in research into particular kinds of cognitive abilities that sex and gender differences are immutable, and that this will determine people’s abilities, successes and career choices?

If there is genuinely a “people vs. thing” issue underlying subject choice this should be used to inform the curriculum. We need to do more to show how physics can be applied in people-oriented professions such as medicine – this is not helped by the fact that “medical physics” is only optional in the A Level syllabus. We know that girls’ performance on spatial cognition tasks can be improved if the problems are framed differently, and even that this difference is reflected in their brain activation patterns. But these sort of findings are rarely used to inform how subjects such as physics are taught.

We really cannot afford to sit back and accept the “essentialist” view that girls are not going to be interested in science subjects. We need more trained scientists and engineers but 50% of our pool of talent is not engaging. People who could study these subjects or do these jobs are choosing not to. This must not be explained away by misguided and misleading explanations in terms of unchangeable biological characteristics, or references to “the natural order of things”.

If STEM subjects were commercial products or an item in an election manifesto, then the marketing gurus would be pulling out all the stops to make the products more accessible, more attractive, more “choosable” – not blaming the consumers.

Gina Rippon is affiliated with ScienceGrrl. 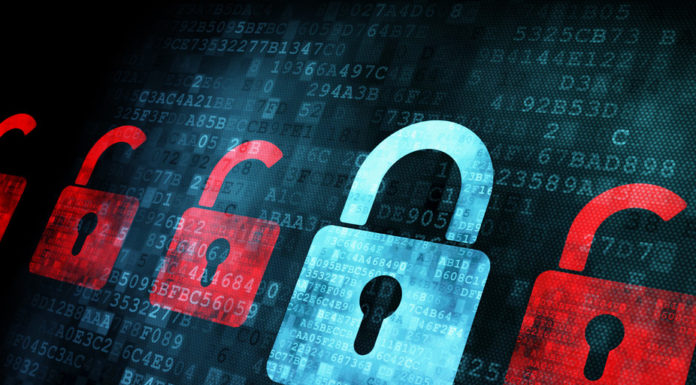 How much of your privacy will you forfeit to ensure your safety?

Could the open government movement shut the door on Freedom of Information?

Our obsession with hereditary cancers didn’t start when….