We often think of the distinction between legal and illegal as a matter of black and white – but with its universal suffrage movement still underway, Hong Kong is dealing with a much more complicated reality.

Throughout the saga of the protests, which have pitted tens of thousands of pro-democracy protesters against opposition from both government officials and anti-occupiers, many shades of suspected behaviour have been on display on all sides – and there seems to be little consensus over who, or what, counts as illegal any more.

The most obvious impropriety – and the one at the root of the current democracy protests – involves people and institutions misusing their legal powers in the service of improper political objectives. The barriers to democracy that the Standing Committee of the National People’s Congress (NPCSC) has erected by using its power of interpretation under Hong Kong’s Basic Law are a good example of this illegality, where the actions of a state institution violate both the letter and spirit of the law.

With brazen disregard for the explicit substantive and procedural limitations under which it’s supposed to operate, the NPCSC has used its power of interpretation to take decisions which in effect amend the Basic Law so as to serve the interests of the Chinese Communist Party.

In a rule-of-law society like Hong Kong, courts are entrusted with the task of controlling this first type of illegality. The mechanism works in many situations, but in this high-stakes stand-off Hong Kong’s Court of Final Appeal is highly unlikely to take on the NPCSC, at least not for the time being.

This makes the NPCSC a law unto itself; under the current system, there are no real checks on its powers.

The second type of illegality is when people comply with the letter of the law, but not with its spirit. Everyday examples in Hong Kong include open discrimination against mainlanders, as well as “creative compliance” with corporate tax law. But a more potent instance is CY Leung’s highly controversial HK$50m contract with the Australian company UGL.

Although Leung signed the contract before he was elected chief executive in March 2012, the contract required him to perform a number of obligations for two years from December 4 2011 (after his election campaign had already begun). In other words, the HK$50m was not a payment entirely for things done prior to taking office. In fact, half of the promised payment rested on DTZ’s senior management team continuing with DTZ after acquisition by UGL. So, the extent of payment to Leung in essence depended upon his ability to persuade DTZ management to continue after his resignation from DTZ.

Under the contract, Leung had to provide until 3 December 2013 “such assistance in the promotion of the UGL Group and the DTZ Group as UGL may reasonably require, including but not limited to acting as a referee and adviser from time to time”. Even if he provided no such assistance to UGL as claimed, and hence avoided an explicit conflict of interest, the fact remains that he pocketed UGL’s money in return for a promise to do something at a time when he was planning to be in office.

While the “non-poach, non-compete” arrangement with UGL was a standard practice, it made no sense once Leung was elected the Chief Executive, as he could no longer have worked for one of UGL’s competitors or poached any staff from them. All in all, it’s hard to imagine why a company would pay HK$50m to someone for doing almost nothing.

One may also wonder whether this deal with UGL was one of the reasons why Leung did not accept the recommendation of an Independent Review Committee to bring the office of Chief Executive within the purview of section 3 of the Prevention of Bribery Ordinance.

There have also been cases of people operating against the letter of law, but without necessarily violating the spirit of law. Most obviously, by blocking major streets and refusing to move, umbrella movement supporters and Occupy Central leaders are potentially committing a number of crimes.

Civil disobedience of course offers no legal defence against criminal charges. But considering that the protesters are pursuing a constitutional goal, have been peaceful and are willing to bear legal consequences of their actions, they clearly belong to a different category.

This is all the more true given there is hardly any viable institutional forum or space available to engage with the local government on the subject of democratic reforms.

Engagement with the central government, which tramples human rights of its own people as a matter of policy, also appears to be futile. Ultimately, the protesters have been pushed to occupy streets by governments to defend freedoms to which they should be entitled.

Throughout the protests, Hong Kong has also witnessed actions which breach both the letter and spirit of law, but which are masked with attempts to cover their illegality by reference to a legitimate goal (say, protecting one’s business interests) or a “noble” cause such as supporting the police. The actions of diverse strands of the anti-occupy movement, including by the triads, have followed this path.

Both the Occupy Central and anti-Occupy Central groups have used the pursuit of legitimate goals as a justification for illegal actions. Yet there are fundamental differences between the two. The Occupy supporters are relying on a collective constitutional goal, whereas their anti-Occupy counterparts merely invoke inconvenience or reduction in their business profit as a justification.

And while one can protest against protesters or against the cause they pursue, this right does not extend to indulging in unprovoked violence or disturbing others’ pursuit of their rights.

Finding a way to distinguish between these different shades of illegality is crucial for all members of Hong Kong society. We have to stop comparing apples with oranges; if we keep doing so, judgements will be clouded – and unlawful, unethical responses will follow.

The sight of Hong Kong police beating a handcuffed democracy protesters in a dark corner illustrated this risk all too well. It is vital for the police not to bracket democracy protesters with hooligans, people selling fake designer bags, or triad members indulging in unlawful trade.

Also, unless both Beijing and the local government appreciate what Hong Kong people mean by universal suffrage and the rule of law, protests and social divisions will continue.

Surya Deva does not work for, consult to, own shares in or receive funding from any company or organisation that would benefit from this article, and has no relevant affiliations. 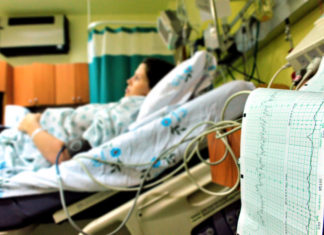 Are hospitals the safest place for healthy women to have babies?...

Staff Writer - June 9, 2015
Neel Shah, Harvard Medical School There is a good chance that your grandparents were born at home. I am going to go ahead and...