According to ESPN, over 70 million people will fill out a bracket. Meanwhile US$10 billion will be spent on office pools and bets, and work productivity losses are estimated to be in the billions.

Women’s sports always seem to get short shrift; if you try to find a WNBA fantasy league on ESPN or Yahoo, or an oddsmaker breaking down a National Women’s Soccer League game, you’ll be out of luck.

Researchers have explored the perceived lack of interest in women’s sports. The results consistently show that interest exists, but a massive gap in media coverage and promotion between men and women’s sports curbs ratings.

As researchers and teachers who have focused on gender equality and women’s sports, we wonder if there might be new ways to market women’s sports that engages more fans. Specifically: Could gambling and fantasy sports help narrow the gap?

From resistance to enthusiasm

For decades, professional and amateur sports leagues had been resistant to publicly embrace gambling. There was an obvious reason: It was illegal.

Nonetheless, despite the legal and logistical barriers that were in place, sports fans have always found ways to get unsanctioned “action” on sporting events, whether it was through fantasy leagues, March Madness brackets, Super Bowl squares or off-shore betting sites.

May 14, 2018, was a key moment for America’s sporting industry: The federal ban on sports betting was lifted, a decision that changed the way sports are marketed.

Instead of continuously trying to deter gambling, many leagues and networks, such as ESPN and Fox Sports, began to recognize the contribution these activities lend to the fan experience. One leader in this regard has been current NBA commissioner Adam Silver. In 2014 he wrote an op-ed in The New York Times calling for the legalization of sports betting. MLB commissioner Rob Manfred has been another booster, noting in 2019 that it was a “great source of fan engagement.”

One major reason for this acceptance – even outright enthusiasm – is the financial impact. While figures vary, it is undeniable that this is a multi-billion-dollar industry with millions of participants. Before sports gambling was legalized, estimates have suggested Americans wagered $150 billion annually on sporting events via offshore betting applications. Additionally, the Fantasy Sport and Gaming Association has noted that over 59 million people played fantasy sports in 2017.

Setting aside the pure dollar figures, it’s important to highlight how fantasy sports and sports betting enhances fandom in other ways. With television ratings and fan attendance declining, leagues are recognizing how fantasy leagues and sports books can have a massive impact on engagement and consumption.

Gambling and fantasy sport creates an entirely new dynamic: When fans place a bet, it motivates them to watch a team or player they might otherwise have little interest in rooting for.

Going all in on gambling

Clearly, gambling has become a valuable tool to retain existing fans and develop new ones.

Could it do the same for women’s leagues, from National Pro Fastpitch to the National Women’s Soccer League?

We know there’s a lot of room for growth. Research suggests women’s sports receive just 2% of the total sport media coverage, despite women making up roughly 40% of all sport participants in North America.

When women’s events are heavily promoted – usually for championship games – the numbers are promising. For example, the 2019 FIFA Women’s World Cup Championship match drew an average live audience of over 82 million viewers; the 2018 Olympic women’s ice hockey gold medal match outpaced viewership numbers for all but one 2017 NHL playoff game; and the 2019 NCAA Women’s Final Four experienced an 8% ratings increase from the previous year’s tournament.

We also know that individuals who have viewed a professional women’s sporting event in the past are twice as likely to view another one in the future, while those who have never viewed a women’s event are significantly less likely to seek one out.

So it’s worth wondering whether promoting sports betting and fantasy sports could appeal to an audience that might need an “excuse” to consume the product. Notably, this is a strategy that has seemed to work for golf: Millennial viewership has spiked since the PGA increased efforts to promote the fantasy industry.

While it’s difficult to find specific data on media coverage of women’s sports from a gambling and fantasy sport perspective, you can easily see a gap by browsing the offerings of industry leaders. For example, it seems that there are no mainstream sites hosting season-long WNBA fantasy leagues. And it can be difficult to come across an in-depth article or TV segment focused on an oddsmaker weighing in on a women’s sporting event.

This isn’t an endorsement of gambling culture; we recognize the plethora of negative outcomes that can surface.

But given the high levels of participation for men’s fantasy leagues and sports betting, we believe increased promotion of gambling and fantasy sports for women’s leagues could similarly enhance fandom in the years to come. 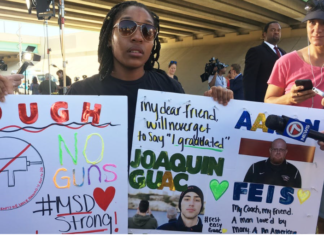