The Australian team currently gathered in Sochi, Russia for the Winter Games is probably the most highly educated team of Australian athletes ever assembled for an Olympic games.

Of the 60 athletes selected, 30 are currently studying or have studied at a tertiary (university) level. So are these Olympians athletes first, or are they students that still want to compete at the highest level and do so by combining sport with study?

There is no one right answer to this question, but more a range of responses that may help to understand why so many students are represented in this particular team.

Some of our athletes recognise that their sporting career will never be the main source of putting bread on the table, and understand they will need to work and/or study to help them in their post-sporting career.

For them the reality is that they will give their sporting aspirations a shot for a period of time, but once their body or motivation – or funds – dry up, a “normal” job is something many of them will have to do.

Such is the intensity of training and competition that keeping a normal job is a little difficult, whereas the flexibility of studying at a university is now much easier than it was pre-2004 when the Australian Sports Commission’s Elite Athlete Friendly University (EAFU) Scheme was launched.

Indeed, the combination of Athlete Career and Education (ACE) programs in Australian institutes combined with more flexible tertiary study options and tertiary institutions means that athletes are now more able to combine sport and education than they ever were before.

Many of our winter athletes will have experienced a major injury which, in turn, gave that athlete plenty of time to reflect on whether they can return to high performance sport.

The phrase “you are only one injury away from retirement” is one that many athletes are aware of, but usually don’t take notice of until they experience an injury of significant magnitude.

There has been a shift in the attitudes of sporting coaches, administrators, parent and athletes themselves where the notion of the athlete having a dual career – where an athlete can balance training and competing with studying and working – is much more accepted and practised that it was, say 20 to 30 years ago, when the focus was wholly and solely on sports performance.

Lucy Chaffer of the University of Notre Dame in action during the Bobsleigh World Championships, New York, in February 2012.
EPA/CJ Gunther

Unusually all but one of those 2014 Olympians with a study background are attending or have attended an Australian university (biathlete Alexei Almoukov attends Tyumen State University in Russia). This either says that the Elite Athlete Friendly University program is starting to work well by retaining local talent, or that there are very few opportunities for Australian athletes to get scholarships overseas (such as in the US).

Certainly Australian University Sport (AUS) chief Don Knapp was delighted to see a strong representation of student athletes on the team and said it was testament to the support of elite athlete programs at Australian universities:

A number of Australian universities have scholarships which allow athletes to not only pursue their elite sporting careers, but also to maintain a healthy balance and complete tertiary education. We know there is evidence this support is contributing to Australia’s success on the international sporting stage. Following the 2012 London Olympics, 63% of Australian medallists were university students.

So are our Olympians athlete students or student athletes? It could be good luck rather than good judgement, planning and support that half our 2014 Olympic team have a tertiary education experience.

Perhaps, though, this level of tertiary educated athletes in our Olympic teams will become the norm as it has in the US, Russia, China and now many other countries. The support that sports institutes, sporting organisations and universities provide together creates a fertile environment for excellence in both sport and life.

Martin Doulton does not work for, consult to, own shares in or receive funding from any company or organisation that would benefit from this article, and has no relevant affiliations. 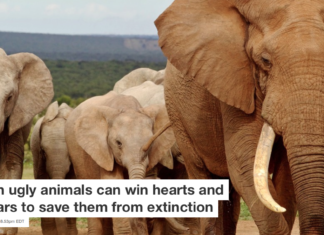 Staff Writer - June 22, 2017
Diogo Veríssimo, Johns Hopkins University and Bob Smith, University of Kent The Earth is home to millions of species, but you wouldn’t know it from...

Obama and the N-word