Massachusetts just opened its first marijuana dispensary, with many applauding the move. And as more and more states decriminalize the drug, polls show that most Americans believe that the costs of marijuana prohibition outweigh its benefits.

There are surely social benefits to legalization. For one, fewer marijuana-related arrests should slow spending on the war on drugs, which has been astronomically expensive and unsuccessful.

And fewer arrests should benefit minority communities that have experienced racially biased drug-law enforcement. Blacks, for instance, face nearly four times the rate of marijuana arrests as whites, despite similar rates of marijuana use and overall drug use between the two racial groups.

However, even after decriminalization in some states, racial disparities in arrest rates have persisted, though the total number of arrests has dropped.

Indeed, decriminalization doesn’t change the social conditions that sustain both marijuana use and racially biased responses to it. And decriminalization sidesteps the troubling links between marijuana, race and class that present problems much deeper than prohibition.

A drug of the oppressed

Cannabis – the plant that supplies marijuana – has a long history as a drug used primarily by lower social classes.

Going all the way back to the 1500s, the vast majority of cannabis users have occupied socioeconomic margins: slaves, hard laborers, sex workers, prisoners and low-ranking sailors and soldiers. These people used cannabis to cope with the terrible conditions they experienced.

The origin of the word “marijuana” foreshadowed its current use. Historically, the earliest and most numerous group of users in the Americas were slaves from western Central Africa (modern Gabon to Angola). Their words for cannabis are now used in nearly all the places they (involuntarily) ended up during the 1700s and 1800s, which includes West Africa, the Caribbean and South America. Most notably, in Central America, the Kimbundu (Angolan) word mariamba became the Spanish word marihuana.

The slaves’ vocabulary survived because people of all backgrounds valued the plant’s ability to help them cope with day-to-day lives characterized by hard labor, exploitation and trauma. Mariamba had the same mix of medicinal and recreational uses that it does today.

Meanwhile, marihuana became popular in Central America not because of huge populations of Central African slaves, but because prisoners and army privates were keen to use it.

In fact, mariamba was only superficially African. It belonged, instead, to the transatlantic slave trade, an economic institution that linked five continents. In 1840s Angola (even when the slave trade was in decline), marijuana was primarily valued for “supporting the strength and condition of the slaves.” Central African slaves were smoking cannabis by the late 1700s, and introduced the plant to many locations by transporting its seeds.

Marijuana ultimately served the needs of exploited people; it was not intrinsically African. But because Central African slaves were in many places the first to introduce the drug plant, their cannabis culture widely dominated.

Importantly, few Central Africans ended up in the US, and those who arrived did not introduce drug cannabis or cannabis drug use. Marijuana entered the US only after 1900 because army privates and migrant laborers valued it, not because slaves brought it. (European colonists had planted hemp cannabis since the 1500s, but the European type of cannabis doesn’t produce mind-altering chemicals.)

Marijuana use isn’t a race issue; it’s a class issue

Social class and race have been entwined for centuries. And because slavery, racism and segregation confined people of color to the lowest rung on the social ladder, cannabis use has been (incorrectly and stereotypically) tied to race for centuries.

But even a 2005 textbook used race to describe the drug’s introduction to America. “Hemp had been grown […] for a long time, but this had not led to an awareness of its psycho-active potential, at least in the white population,” the author wrote. “Black slaves, however, knew of it […from] back in Africa.”

Relying upon race to explain drug use clouds the social contexts that encourage drug use. And the people who first used marijuana in the US – which included all races, black, white or otherwise – were those confined to socioeconomic margins.

Despite periodic popularity in middle and upper classes since the 1960s, marijuana remains primarily a drug used by people at society’s margins. “Medical” marijuana serves people whose health-care needs aren’t met by mainstream institutions. “Recreational” use is most frequent among young, poor and unemployed people. Whether labeled medicine or recreation, marijuana has, for centuries, appealed to people coping with physical or mental stress (even if those difficulties might be shrouded in good vibes and giggles).

With the rates of legal and illegal drug use in the US – especially marijuana – higher than in most countries, it’s important for people to question and challenge the conditions that help perpetuate this dependence, and not just challenge the legality of one drug option.

Decriminalization might overthrow decades-long problems of prohibition. But it hardly acknowledges the centuries-long history of racism and elitism that has helped sustain marijuana use, and the biased responses to it.

What can be done? Society should explicitly link causes of marijuana use to the consequences of decriminalization. Decriminalized marijuana markets generate tax revenues. Some of this money should be spent to challenge institutional racism, by improving mental and physical health services in poorer neighborhoods and training police to avoid racial bias.

Marijuana is joining alcohol, tobacco and various prescription drugs as legal means for people to cope with the difficult realities of daily life. Right now, society has a brief opportunity to address meaningfully the social problems marijuana represents, and shouldn’t let this opportunity slip away.

Chris S Duvall is Associate Professor of Geography at University of New Mexico. 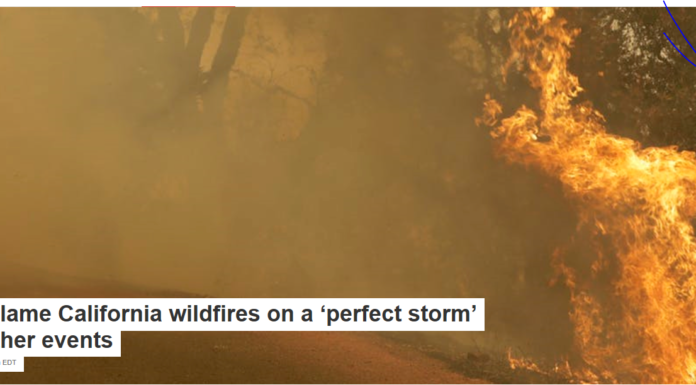 Can people ‘like me’ go to college? Inequality and dreams of higher ed

Why most teachers who say they plan to leave the profession probably won’t do...