By Prem Sikka, University of Essex

The results of the long-awaited European Banking Association (EBA) “stress tests” show that 25 banks were found wanting. Altogether, the banks were about €25 billion short of the capital required to be deemed stable in the event of potential economic shocks. But a number have already been raising capital to bolster their position, leaving just 13 to raise about €10 billion and provide their plans to EBA.

The EBA stress tests were designed to consider whether banks will have enough capital to meet challenges arising from a declining house prices, economic output and rising unemployment. This has been translated into a bank’s ability to withstand a 14% drop in house prices from end 2013 projections, 19% drop in equity prices and a 7% decline in GDP across the EU. The news was not all bad – in fact the capital shortfall was at the lower end of some estimates – but a closer look at what was being tested shows we probably haven’t heard the final word about bank solvency.

The fault lines of the stress tests are interesting. The EBA tests ignored the impact of important other risks to bank capital. These include the impact of deflation, a spike in commodity prices and the potential that a domino effect originating from other countries could cause.

The tests also assume that some assets are less risky than others. For example, bank assets were classified into various tiers, which were at best arbitrary. But the 2007-08 crash did not respect any such classification. And in 2011, its classifications of bank assets and capital requirements resulted in a clean bill of health for Irish banks, but months later they needed to be rescued. In this regard, the EBA does not seem to have learned lessons from the past.

Prior to the 2007-08 crash, banks were heavily leveraged as the amount of borrowing dwarfed the long-term equity provided by shareholders. For example, Bear Stearns had some US$11 billion in equity and US$395 billion of assets, most of which could not easily be turned into cash to meet its obligations.

Now, the EBA tests show that 17 banks, some seven years after the crash, have a capital ratio of less than 3%. Thirty banks passed the EBA tests with capital ratios of just above the required 5.5%, though considerably less than the 8% that is recommended for adverse scenarios.

Another issue with the EBA’s assessment is the data that they used to test banks against. A massive exercise, the data is provided by the audited income statements and balance sheets that banks published themselves. This is highly problematical and has muddied the EBA calculations.

The difficulty is that annual accounts of banks are published for the benefit of investors to enable them to buy and sell securities and consider the cash-flow generating possibilities. The accounts are not prepared for the benefit of regulators who are primarily concerned with the stability of the financial system.

Banks prepare accounts in accordance with international financial reporting standards (IFRS) and these enable banks to recognise unrealised profits – profits which have not yet been made because there has been no actual transaction with a third party. These standards allow banks to record movement in market prices of assets and liabilities as profits – even though they may be subject to change.

Bank balance sheets have also been criticised by the UK Parliamentary Commission on Banking Standards (PCBS) because they showed values of assets that could not easily be corroborated, especially when markets are thin or inactive. Bank capital also gets inflated because banks tend to postpone the writing-off of bad debts.

The PCBS concluded: “flaws in IFRS mean that the current system is not fit for regulators’ purposes.” It recommended the preparation of “a separate set of accounts for regulators according to specified, prudent principles set by the regulator”.

This important point has received no attention from the EBA, whose tests use the balance sheets provided by banks themselves. So their stress tests may have satisfied some and provided a kick to some banks, but they are unlikely to be the last word about bank solvency, even for the majority that passed.

Prem Sikka does not work for, consult to, own shares in or receive funding from any company or organisation that would benefit from this article, and has no relevant affiliations. 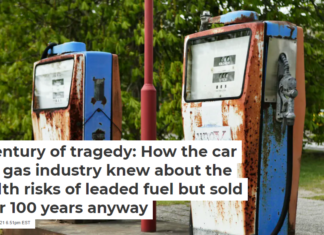 Your body has an internal clock that dictates when you eat,...