Whatever you do, don’t turn to Twitter for news about Ebola. The volume and tone of tweets and retweets about the disease will make you wish you were watching the zombie apocalypse of The Walking Dead instead. It is much less scary.

Ebola has been spreading since it was first diagnosed in March 2014 in Guinea. More than two-thirds who got the disease in this current outbreak in West Africa didn’t survive. Almost 4,500 have died so far. It is the deadliest outbreak of Ebola in history.

But if you’re reading this in a country with an advanced health care system, you’re highly unlikely to catch Ebola, even if there is an infected person on the same continent.

Despite this, in the first two weeks of October, there were more than 2.2 million Ebola hashtag tweets tracked by Crimson Hexagon’s Forsight social media analytics tool. That is just a fraction of the chatter – there were more than 18 million tweets with the word “Ebola”.

This is just what happens when a crisis hits. When the world hiccups, Twitter twitches. People use hashtags to tag their tweets and make them visible to more than just their circle of contacts. They want to be part of a discussion involving a dispersed audience.

At times of a natural disaster such as an earthquake, the flood of real-time information on social media from the ground can help speed up rescue efforts, get supplies to where they are needed and raise money for relief efforts.

Ebola, though, shows how social media serves as both a blessing and a curse. The World Health Organization, UNICEF, the UN and similar bodies have taken to Twitter to spread information and advice, and counter half-truths. Alongside are constant updates from news outlets about who in the West has contracted the disease or the level of preparedness of the local hospitals. And then there are the millions of other messages as people pile in to pass on the latest news reports, rumours or a witty snippet of snark.

But my analysis of tweets using the Ebola hashtag since the start of October shows that only a handful have come from the ground in West Africa, where the crisis is most acute. The number of tweets from three of the most affected countries, Guinea, Sierra Leone and Liberia, can be counted in the hundreds using Crimson Hexagon’s Forsight tool. Even Nigeria, where three-quarters of people have a mobile phone, barely accounted for 1% of tweets with a geographic location.

Guess where the bulk of the #Ebola tweets are from? The US. Out of the more than a million tweets with an identifiable location, around 60% have come from Americans. The figure holds for millions more messages that contain the word “Ebola.” So far, Canadians have been a more measured on #Ebola, making up barely 4% of the tweets. And 5% of tweets have come from the UK.

It all started when Thomas Duncan, who traveled from Liberia to Dallas, was diagnosed with Ebola. The background chatter on Twitter about the disease spiked as Americans discovered Ebola had made landfall. Duncan’s death a week later prompted another flurry in activity on the hashtag.

The largest single spike of chatter on #Ebola was on October 16 after news emerged that Amber Vinson, a nurse who treated Duncan, had contracted the virus. On that day, more than three-quarters of tweets came from the US.

It hardly surprising that tweets about Ebola are dominated by Americans. After all, the US has the largest number of Twitter users. But it also gives cause to pause and remember that social media is no proxy for public opinion. Or, with Ebola, for the tone of the global conversation.

Ebola largely reflects the hopes and fears of Americans, driven by the latest news tidbits about the disease on the US mainland. The real story is happening thousands of kilometers away, where doctors, nurses and medical workers are trying to contain the outbreak with stretched resources. Those tweets from West Africa are simply drowned out by the volume and visibility of Americans tweeting about Ebola. 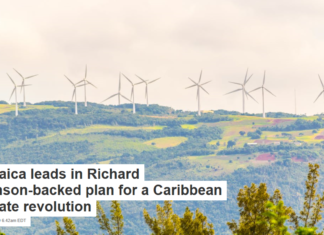 5 charts show how your household drives up global greenhouse gas...

Abolishing child labor took the specter of ‘white slavery’ and the...