The influence of white evangelicals on American politics is well known. More than 80 percent supported Donald Trump in the 2016 election. But two of the fastest-growing segments of the American population – Latino and Asian-American voters – also are part of evangelical America.

What will drive their votes in the upcoming midterms?

In my book, “Immigration, Evangelicals and Politics in an Era of Demographic Change,” I look at the tenacious hold of white evangelicals on political power, despite a dramatic decline in their numbers over the past decade.

At least 1 out of 4 voters in the past three election cycles has been a white evangelical, even though they currently constitute only 17 percent of the total American population.

Given that white evangelicals account for the largest religious group in some of the states hosting the most competitive house races this November, including Kansas, Virginia and North Carolina, it is important to first consider the role of religiously framed issues such as abortion.

Popular assumptions contend that religious values are what set white evangelicals apart from others. A 2015 Public Religion Research Institute study suggests that white evangelicals are more likely than other Americans to express dismay that the U.S. is no longer a “Christian nation.”

However, it is also the case that white evangelicals do not have a monopoly on religious values. In fact, Asian-American evangelicals report higher levels of church-going and fundamentalist beliefs than their white counterparts.

And, on issues such as abortion, my research shows that Latino evangelicals express more conservative attitudes than their white counterparts. In the 2008 Collaborative Multiracial Post-Election Survey, for example, 76 percent of Latino evangelical voters opposed making abortion legal, compared to 72 percent of white evangelicals.

And yet despite what appears to be higher levels of religious commitment, far fewer Asian-American and Latino evangelicals supported Trump compared to white evangelicals.

What I argue is that attitudes toward immigration, more than religion, matter for white evangelicals’ political attitudes and vote choice.

However, what I argue is that the rank-and-file of white evangelicals in the U.S. have only become more conservative on these issues.

In fact, while support for a path to citizenship for undocumented immigrants had slowly been increasing among white evangelicals for the five years from 2009 to 2013, it dipped in 2014.

A study by PRRI and Brookings Institution, found that from 56 percent, the support dropped to 48 percent. This downward trend is notable, since the change for the U.S. population as a whole was negligible – from 63 percent to 62 percent support. These results were based on interviews conducted in 2013 about their immigration views and re-interviews with the same set of people in 2014.

Recent polling by PRRI shows that white evangelicals continue to be the most conservative of all major racial and religious groups on immigration issues ranging from policies to restrict the number of refugees entering the U.S. to separating families at the border.

There are stark differences on immigration issues between white and non-white evangelicals. The survey of more than 10,000 people I use in my book shows that in 2016, Latino, black and Asian-American evangelicals were half as likely to say immigrants have a negative effect on the economy compared to white evangelicals.

These differences remained even after I accounted for party identification and economic status.

In modern times, midterm elections garner lower levels of participation than presidential contests. Political scientists contend this is due to lower interest among potential voters.

Further, voters in midterm elections tend to be each party’s most reliable voters – those who have both high interest and strong voting histories. Research also shows that these reliable voters are generally both older, whiter and more conservative than less frequent voters. And conservative immigration policies are at the heart of the GOP agenda in the upcoming midterms.

On the other hand, the voting rate among Latino and Asian-Americans has been lower than black and whites. Part of the reason could be that some of them may not be eligible to vote due to their citizenship status, or not being of voting age. But the other issue is not being registered as voters.

In my view, conservative white evangelicals are not going to stay home on Nov. 6. While Latino and Asian-American evangelicals are increasing in number, they have yet to attain the same levels of political power. 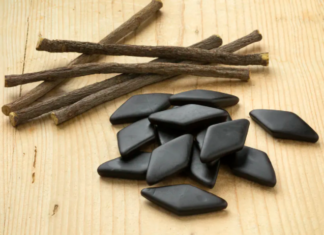 Staff Writer - October 27, 2020
Bill Sullivan, Indiana University Black licorice may look and taste like an innocent treat, but this candy has a dark side. On Sept. 23, 2020,...