Trawling – dragging heavy gear over ocean bottoms in search of fish near the sea floor – is arguably one of the most destructive human practices. Removing fish from the sea for an ever-hungry, growing human population has consequences that include reducing fish populations and messing with the natural balance of the ocean’s food webs. In the last two decades, the secondary impacts, including reduction in species diversity and flattening of complex seafloor habitats, have started receiving more and more attention.

The heavy chains, nets and steelwork of a trawler’s fishing gears scour the ocean floor, scooping fish into the jaws of the net. They’re looking for things like flounder, cod, and shrimp, but most things in the way of the trawl either get scraped up, crushed or damaged, unless they are lucky enough to sink into a cozy burrow.

What is left after the trawl passes is a drastically altered seafloor ecosystem: a flatter, less complex habitat, with fewer invertebrate organisms and fewer fish. For those fish that manage to escape the trawl, these changes can have negative consequences for their continued growth.

Sediment plumes from bottom trawling in the Gulf of Mexico.
SkyTruth, CC BY-NC-SA

Many of the bottom-dwelling organisms affected by trawling like crabs, shrimp and worms, are a source of food for fish populations living on the seabed. Early on, researchers made a logical assumption that as the number of these prey organisms decreased, so would the fish populations that rely on them as food. The idea was that the more you trawl an area, the less food would be available for the remaining fish.

When scientists looked closely at the fish that remained in heavily trawled fishing grounds, they noticed that some fish showed reductions in fatness per length – that is, they were skinnier. It looked like more trawling meant less food, which led to skinnier, hungrier fish. Seems sensible, but was it true?

The team aboard their research vessel in the Irish Sea, UK.
Andrew Johnson, Author provided

Fish can be skinny without being hungry

My colleagues and I decided to examine whether these skinnier fish were in fact going hungry on trawled sea floors. We identified a local fishing ground in the Irish Sea that has areas visited by trawlers with varying frequency, ranging from zero to 16 trawl passes per year. First, we checked whether fish were in fact skinnier at more highly trawled sites. After catching, weighing and measuring almost one thousand fish, we found the answer to be yes.

Then we took the investigation a step further. We decided to delve into the diets of the fish from each different area to see what was really going on inside their stomachs. Sure enough, what we found in the fishes’ stomachs reflected the change in the types of organisms present on the seafloor after trawling.

There was, however, a problem. None of the fish seemed hungry, at least based on their stomach contents. All of them had equally full bellies, whether they came from grounds trawled infrequently or regularly. So why were some fish skinnier than others?

We analysed two similar, commercial flatfish species, Plaice (Pleuronectes platessa) and Dab (Limanda limanda). All else being equal, we assumed these fish would show similar responses to trawling. But it was only the plaice that got skinny on highly trawled grounds.

By comparing the preferred diets of the fish to the types of seabed organisms left in trawled areas, the answers started to become obvious. Plaice is a very specialist feeder, with few different prey items in its diet, namely worms and small bivalve clams. The dab on the other hand eats a much wider array of animals – from worms and clams to sea fleas and crabs. Many of these are too big for the plaice to eat. Since the less fussy dab is a better hunter of mobile prey, it can eat larger and more energy-rich organisms – particularly seafloor crab species that can avoid passing trawls by hiding in their burrows.

When trawling increases and changes the seafloor community, dab is readily able to adapt, while the plaice is left floundering with limited prey options. In heavily affected fishing grounds, we’d expect specialist feeders like plaice to have a harder time adapting to changing prey communities. They’ll have to search harder for the prey they want. It’s all that extra effort plaice must make, along with the less energy-rich prey it eventually catches, that seems to make a skinnier fish. Generalist feeders like dab, on the other hand, continue feeding happily on whatever is available.

Why do skinny fish matter?

Excessive fishing leads to less abundant target fish species and potential reductions in the final market value of the fish that are landed. A skinnier fish is generally a less valuable fish. In addition, a skinnier fish is a less healthy fish with lower reproductive success. The ultimate result is fewer healthy offspring.

Overcapacity and overfishing in trawl fisheries may therefore have the potential to reduce future fisheries yields both through the direct removal of fish biomass and more subtle alterations of important fish food resources. Changes in foraging behaviors, lower energy gains and ultimately skinnier specialist feeding fish are more of the subtle, yet important, consequences of trawling in our coastal seas. 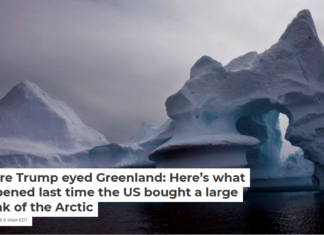 Parents, cut yourself some slack on screen time limits while you’re...

Axolotls can regenerate their brains – these adorable salamanders are helping...