Over at least the last decade, one of Ghana’s most vital breadbaskets has been converted into cashew nut production to feed export markets. Bono East, Bono and the Ahafo regions – previously known as the Brong Ahafo region – are being transformed by cashew production. This growth has positioned Ghana as one of the largest producers of raw cashew nuts in Africa.

Cashew nut production has increased four fold across the continent since 2000. In Ghana, a number of social, economic and political circumstances in Ghana have enabled spectacular expansion.

For a start, there has been strong government support as well as backing from international donors. Organisations such as USAID and the Gates Foundation have also been instrumental in Ghana’s cashew sector expansion. This has included sponsored initiatives aimed at increasing production.

Of significance, over 98% of Ghana’s cashew nuts are exported in their raw form to India and Vietnam. Here the nuts are processed and re-exported to the US, Europe, the Middle East, China and Australia.

Globally, demand for cashew nuts has grown at around 7% each year. On this basis, cashew is predicted to represent 29% of the global nut market by 2021.

A challenge for food security

In Ghana, expansion of cashew production for export markets is championed as part of its plan for agricultural development. But it poses potential challenges at the local level, particularly around food security.

This article draws from research undertaken as part of a PhD, that has sought to understand the drivers and impacts of Ghana’s cashew expansion. The research found that farmers in the area previously referred to as the Brong Ahafo region of Ghana have come to dedicate increasing portions of their land to cashew nut production, with only a small portion of land set aside for household food cropping.

The conversion of fertile land into cash crop production – and the transformation of Ghana’s breadbasket into cashew exporter – presents significant challenges for ensuring long-term food security in Ghana.

Ghana has, in recent years, relied on ad hoc programmes to drive domestic food security. But most of these programmes have not achieved effective results. This is partly due to the dominance of short-term approaches. One such programme is the Planting for Food and Jobs, an initiative launched in April 2017 by President Nana Akufo-Addo. The programme was designed to enhance food security and create job opportunities. But critics argue it is an assemblage of old policy interventions that have largely failed.

Setting exports as a priority

Ghana has come to depend on both imported and locally produced food. Reflecting this, about70% of one of Ghana’s major staples – rice – is imported. Meanwhile, some 15% of maize – another major staple – is also imported, alongside several other processed foods. At the same time, domestic food production also contributes significantly to national food supply. Local smallholder farmers therefore play an important role in feeding local populations.

What is worrying is the extent to which smallholder and local farming has become increasingly ‘un-competitive’. This is because they have limited access to technology and poor infrastructure, among other social, economic and political factors. This is nothing new, with the food crop sector historically marginalised in policy terms, and export commodities the priority of government over the long term.

On this basis, smallholder farmers in Ghana’s breadbasket are increasingly taking up government support packages that enable them to convert land into cashew nut production for export.

Given the current – and expected future – challenges facing Ghana’s domestic food security, there is an urgent need to critically assess agricultural development policies and donor aid initiatives. There is also an urgent need to examine export led priorities, including in particular, cashew nut sectoral planning. This will be important to ensure the lure of export led growth does not compromise local food security.

To date, national agricultural planning and policy appears to prioritise production of export commodities and agricultural ‘modernisation’ above local food production. While the national government can continue to support the development of Ghana’s export cashew industry, there is a vital need for programmes that increase support for local food crop farmers and domestic food provisioning.

There is also an – as yet unmet – opportunity for Ghana to benefit from investments that enable in-country processing and value adding as part of expansion of the cashew sector.

Such policy and planning initiatives may ensure Ghana is able to benefit – socially and economically – from the growing global demand for cashew nuts, while at the same time centring national long term food security. 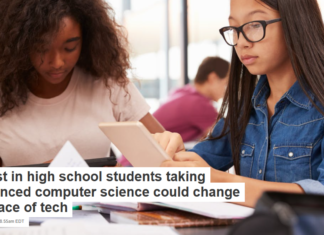 Staff Writer - August 6, 2019
Christina Gardner-McCune, University of Florida Often when I speak with students who are majoring in computer sciences, many of them tell me that they have...