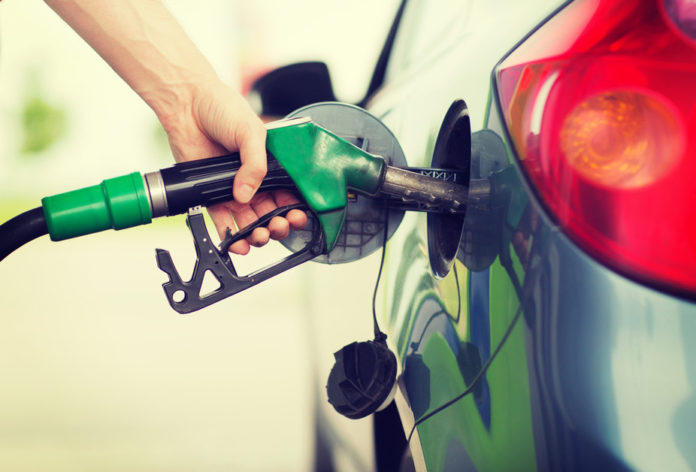 If a barrel of oil today costs less than half what it did last summer, why hasn’t the price people pay at the pump decreased a similar amount?

It’s tough to say exactly how much the price of crude oil has fallen because there are many varieties, from light to heavy and sweet to sour. Prices vary widely based on the oil’s location and quality.

Crude oil is named for where it was pumped out of the ground. US news reports focus on West Texas oil, not because it is currently plentiful, but because the market for this type of oil has existed for many decades. European news often reports the price of Brent oil, from the North Sea, for the same reason.

It’s also tough to say exactly how much the price of gasoline has fallen because there are many formulations, types and grades of gasoline and petrol, but we can use the average. Last June, the average gas station in the US was selling a gallon of regular unleaded gasoline for about $3.65. The average price in mid-March was $2.45, a drop of just 33%.

In the United Kingdom the price of super 95 petrol went from £1.30 a liter in mid-June to £1.11 in mid-March, a decline of only 15%. In both countries gasoline prices have fallen far less than crude prices.

I have heard numerous callers on radio talk shows state the reason prices are not falling is because oil company executives are greedy and are profiting at regular people’s expense. There is some evidence in both the US and Europe that retail gasoline prices go up much faster than they go down, but not all researchers agree.

The US evidence suggests 75% of a crude oil price increase is passed along to customers within four weeks, but it takes eight weeks for the same amount of a decline in prices to show up at the pump (see figure III here). So it appears there is some greed involved. However, since crude oil prices began dropping eight months ago, even if decreases take longer to occur than increases, enough time has passed that pricing lags cannot be the explanation.

The real reason is much less sinister. Crude oil only comprises a portion of the cost that goes into making a gallon or liter of gasoline. In the US, slightly more than half of the pump price is affected by crude prices. Federal, state, local and city taxes make up about 20% of the price of gasoline.

Distribution, which involves moving the gasoline from the refiner to your local station, plus marketing, or the ads that convince you to buy brand name gasoline instead of generic, comprise another 20% of the price.

Finally, refining, which turns the crude into gasoline, makes up about 6% of the price of gasoline. Taxes, distribution, marketing and refining are all components of gasoline’s price that do not depend on the current price of crude oil, and together add up to almost half of the price.

Outside the US, taxes comprise an even larger percentage of gasoline’s selling price. Canadian drivers see almost 40% of their gasoline spending go toward taxes. Japanese drivers pay about half; French, German and Italian drivers pay about two-thirds; and British drivers pay more than 70% of total petrol cost on taxes.

How much is this? Drivers in the United Kingdom who are paying around £1.11 per liter for petrol actually pay just £0.35 for the oil. The remaining £0.76 per liter is for taxes.

Most countries have at least some gasoline taxes that are a fixed amount per gallon or liter. For example, the US federal government charges drivers a fixed 18.4 cents per gallon purchased to fund highway construction and repair. These fixed taxes mean that as crude oil prices fall, the amount taxes comprise of the final purchase price steadily rises.

A drop in the bucket

Because so much of the price at the pump is not affected by crude oil prices, when they fall the consumer sees only a portion of the drop. In countries like the US, crude oil currently comprises half of gasoline’s costs. This means if crude oil drops another 50% the customer will only see an additional 25% drop in price.

For countries, like the UK, where crude oil currently comprises less than one-quarter of gasoline’s costs, a 50% drop in crude prices means customers will see less than a 12.5% drop in price.

The supply of oil, especially from new US fields, is rapidly increasing. Demand in Europe and China appears to be slowing.

No matter what happens to supply and demand, even if crude oil prices fall to almost zero, all of us will still be paying a fair amount to fill up our cars and trucks because the cost of crude comprises only a portion of the price paid at the pump. 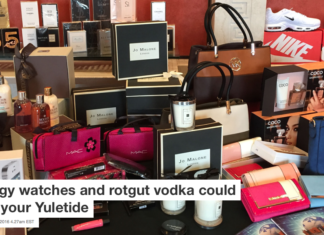 Staff Writer - December 20, 2016
Mehzeb Chowdhury, Durham University At this time of year, people are rushing out to buy gifts and stock up on both luxuries and essentials. This...