It’s been almost 60 years since Martin Luther King, Jr. became a household name during the 1955-1956 Montgomery Bus Boycott, and some may find it astonishing that, until the recent release of Selma, he’s never been portrayed as the centerpiece of a major Hollywood movie. It makes more sense, however, when one examines his place among the small canon of African Americans in American history, which includes Harriet Tubman, George Washington Carver, and Rosa Parks.

In historical narratives, these figures often fill straightforward roles: Tubman is the brave conductor of the Underground Railroad; Carver is the humble inventor and innovator of the Jim Crow years; Parks is the indefatigable seamstress who refused to give up her seat on the bus; and King is the martyred saint who ended discrimination. When King has appeared in films, it’s been as a bit player, a character used almost as a physical marker, like the Sphinx or the Washington Monument or a Model T. His presence means gravitas, heroism, and the deliverance of his people – an American Moses.

This African American canon can be seen as condescendingly compensatory, a minimum nod to the contributions of African Americans to American life. It renders King static in the past, a saint in amber. He has a monument in Washington D.C., he has a national holiday, and he even sells products (King’s image is used by brands like Apple, McDonalds, and Nike). So while King is part of the American pantheon, his actual contributions, his crucial and complex role in the most important social movement in American history, are often lost. The film Selma takes important steps towards rectifying that historical deficiency.

What is especially remarkable about this film is how it takes someone who is best known to Americans as an orator and turns him into an organizer, someone who could lead a march across a bridge to confront a howling mob and brutal policemen, but also march into the Oval Office to confront a hesitant President Johnson. The lack of emphasis on his rhetorical skills is surely due to the limits placed on the filmmaker and her team by a King estate (which possesses the copyright for his famous public speeches). But this is also a storytelling choice, an effort to remind viewers that King’s voice was only one of his tools. There was his vision, his ferocity, his strategic and tactical organizing skills, and his willingness to sacrifice. Then there was his stubbornness, his marital failings, his uncertainty. There was a human being behind the Olympian voice.

In the end, this movie may do what Steven Spielberg’s Lincoln accomplished: breathe complexity into the portrayal of a historical icon, and show that someone who is larger than life was once actually alive. It does not diminish the old-fashioned idea that history is about “great men;” rather, it places emphasis on the idea that greatness must start with an understanding of the man. Or woman. The very making of this film is a small victory that can be credited to Dr. King’s work. Director Ava DuVernay, a relatively inexperienced African-American female filmmaker, is not only reassessing an important chapter in the nation’s history; she’s also breaking through Hollywood’s glass ceiling of race and gender.

The timing of this movie is remarkable, and it is sure to add to the national conversation on race. The problem is that there’s not much of a conversation taking place – instead, it’s more like a series of monologues. Films like the superb 12 Years A Slave reaped awards and provided a harrowing and humane vision of slavery. The Butler added a unique perspective of someone who was painfully aware of how history was passing before his eyes (think of it as the anti-Forrest Gump). But did these films shape how Americans see the present? It is quite possible for someone to watch Selma and be moved by its depth and humanity, for someone to reflect more deeply on the heroic struggle of the Civil Rights Movement, and for someone to be glad that the “bad old days” are over. Selma will not open hearts and minds that are not already open. Then again, no film can do that.

If seen and understood in the right context, this film helps our understanding of history. But there’s the unfortunate chance that it will only add depth and nuance to an American icon – and accomplish nothing more. It will surely join the canon of “history movies” that are shown in classrooms across the nation. But will the connections to the present be actively made? Will we recognize that “the fierce urgency of now” are not just words from the past (or a potential marketing slogan for cellular service), but an exhortation to apply King’s lessons to our present?

Consider the following question: what would Martin Luther King be doing if he were alive today? The Selma of 1965 no longer exists. But the Selma, or Ferguson, or Staten Island, or Cleveland of 2015 shows that history isn’t finished. 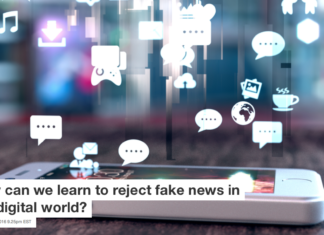 I studied buttons for 7 years and learned these 5 lessons...