Research involving human subjects is littered with a history of scandal that often shapes people’s views of the ethics of research. Often the earliest cited case is English physician Edward Jenner’s development of the smallpox vaccine in 1796, where he injected an eight-year-old child with the pus taken from a cowpox infection and then deliberately exposed her to an infected carrier of smallpox.

Although Jenner’s experiment was, fortunately, successful, the method of exposing a child to a deadly disease in this way would undoubtedly nowadays be seen as unacceptable. Perhaps the most notorious cases of unethical research were revealed during the Nuremberg trials concerning Nazi experiments on concentration camp prisoners. This “research” included involuntary sterilisation, inducing hypothermia, and exposing subjects to diseases such as tuberculosis.

There are also examples of government-run research that took advantage of the vulnerability of the subjects to ensure their participation and which resulted in the subjects experiencing severe harms, such as the Tuskegee Syphilis trials or the UK-run Porton Down chemical experiments in which 11,000 military personnel were exposed to mustard and nerve gas between 1939 and 1989.

Yet, despite the litany of failures to maintain ethical standards in research, these remain the exceptions and a focus on scandals can seriously distort proper discussion about research ethics.

The most pressing question in research ethics is often not whether we should be doing research but how can we balance or justify exposing individual human subjects to risk for the sake of the advancement of science?

Sometimes, in the case of therapeutic trials, research subjects potentially stand to benefit should the treatment prove successful (some have argued that this should go even further with the recruitment of the terminally ill for experimental drugs). However, such cases are rare when considered against the time it takes for the results of research to be fully developed. The benefits are therefore often distributed among future populations rather than the individuals taking part in the trial. Matters are made even more complicated in cases where trials are conducted on subjects who are potentially vulnerable or desperate.

The crucial feature about research ethics is to understand that in order to carry out ethically justified research, we have to be particularly aware of where the imbalances lie between researchers and their subjects and what might be best done to avoid ethical conflict. Much of the ethical conflict is based in the tension that arises between the researcher’s concerns for the interests of the subject on the one hand and the interests of science, society and future patients on the other.

Unethical practice can still occur where this hasn’t been properly thought through – especially when it comes to exposing study participants risk through placebos. In 2014, a trial for an experimental vaccine for rotavirus in India was heavily criticised for giving more than 2,000 children a placebo. In 1997, one US government-funded trial into preventing HIV spread from pregnant women to their babies saw them given a placebo instead of a known drug that was effective in prevention.

The role of the committee

Research ethics committees (RECs) are widely used to assess and review trial designs. These committees are designed to scrutinise with a broad societal view – including both professional and lay perspectives – as to whether the research is ethically acceptable. In many cases, this involves ensuring that many of the standard safeguards, such as proper consent or anonymising data, are in place to protect research subjects, and ensuring that subjects are not exposed to unnecessary risks.

There will inevitably be cases where research cannot meet the usual ethical safeguards, for example, when the very nature of the research requires that the subjects do not know they are participating in research (as in the case of certain kinds of behavioural study, where knowing that you were the subject of research would change your behaviour patterns and render the research useless).

It then becomes a much more demanding question as to whether the potential benefits of the research are sufficiently great to justify overriding standard practices, and whether there are ever limits to the sorts of risks we are willing to allow human subjects to undertake.

The limits of consent

We tend to deem it much too risky to allow those those least able to protect their own interests, such as children, adults with cognitive impairments, or those whose circumstances that leave them more open to harm, to participate in research. But it is not unheard of when the research cannot be done on any other subject population other than the vulnerable group.

Research into dementia treatments, for instance, or research into child behavioural disorders would each require at least some involvement of vulnerable groups to be effective. For such research to be ethically acceptable, the methodological necessity of using members of these groups as subjects must also go hand-in-hand with a range of safeguards to protect them from harm.

As these subjects are less able to protect their own interests adequately, these safeguards must also be much more stringent and wide-reaching than might be the case for research involving less vulnerable research subjects.

Even in cases of studying particular conditions, such as childhood diseases, research is usually only seen as ethically justified if it imposes no real risk of harm or is likely to have some direct therapeutic benefit. The drawback, some argue, is that this inhibits drugs being developed that are targeted at specific populations such as children. This has led to changes in law in cancer trials, for example, that make it easier to include children.

When it comes to well-informed, competent adults, some believe that any level of risk is acceptable as long as the subject agrees to it. Others think that the degree of risk needs to be offset by particular gains for the individual taking part – as was the case with the recent use of an experimental Ebola vaccine on healthcare workers exposed to the virus in Africa.

Ultimately, there is no universally accepted position as to how such research should proceed. Laws and codes are far too general for deciding such cases, which is where ethical judgements, committees, and arguments come in that allow agreement to be reached. These can delay research or draw on resources available for a trial, but they are essential if we are to maintain a high level of scrutiny in often complex situations and prevent further scandalous cases from arising.

This is the first part of The Conversation’s series On Human Experiments. Please click on the links below to read other articles:

Anthony Wrigley is Senior Lecturer in Ethics at Keele University. 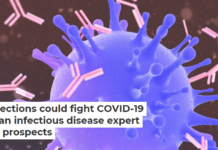 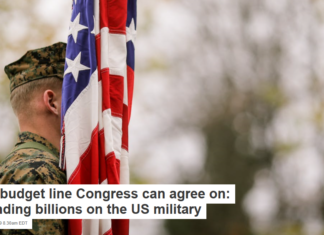 Staff Writer - August 19, 2019
Rebecca U. Thorpe, University of Washington The two-year budget deal signed into law in July marks a rare bipartisan agreement. The deal adds US$320 billion over...

Impeachment overkill, the USMCA’s impact on jobs and the power of...

Many people use drugs – but here’s why most don’t become...