By Grant Jarvie, University of Edinburgh

With the end of the 2014 Glasgow Commonwealth Games, it is tempting to suggest that its success might just have saved the event. Certainly what has not been in question is that its future has been in doubt in recent years.

For one thing, the number of countries and cities wanting to host the games has been problematic. In 2006 Melbourne and Wellington initially expressed an interest. Wellington eventually withdrew, citing cost as the reason, leaving Melbourne to win by default. The situation was somewhat better in 2010, with both Hamilton in Canada and New Delhi tabling bids.

There were also head-to-head bids in 2014 and 2018 – Glasgow against Abuja in Nigeria; and Australia’s Gold Coast against Hambantota in Sri Lanka. For the 2018 process, which was won by the Gold Coast, other cities withdrew however. Adelaide was interested but the South Australian government would not consider funding it, with then treasurer Kevin Foley listing the Commonwealth Games as B-grade event (though the city is now planning to bid for 2030).

For the 2022 games, whose destination will be decided next autumn, the two bidders are Canada’s Edmonton and Durban in South Africa. All eyes will be watching to see if South Africa is selected, particularly after Abuja’s loss to Glasgow despite strong support from African Commonwealth members as well as Australia, in what would have been be the largest multi-sport event to be held thus far on that continent. Despite Africa’s number of members, the decision meant that the continent has still never hosted the games – the last of the Commonwealth continents not to have done so. Other cities who were previously linked to bids such as Singapore and Hambantota did not go ahead, but another head to head is at least an encouraging sign for the future.

Money’s too tight to mention

Yet money remains a major factor and even the low-cost Glasgow games are estimated to have cost the city beyond what many in the Commonwealth can afford. The mechanism for funding and support of nations remains contentious. Earlier this year a proposal from Commonwealth Games Federation (CGF) president Tunku Imran, a Malaysian prince, was put forward to move the organisation’s headquarters from London to Kuala Lumpur for tax purposes. It was later blocked by a majority of members.

Another major issue for the games goes back to Kevin Foley’s B-grade event comment. The breadth of major world events means that it can be difficult to attract the best athletes to an event like the Commonwealth Games, which is another issue for its survival prospects. For instance Kemar Bailey-Cole of Jamaica’s victory in the men’s 100m sprint in exactly 10 seconds would only have been fast enough for him to have finished eighth at the London Olympics.

Some of those in front were Americans, who don’t compete in the Commonwealth Games. This is a weakness in itself, but Bailey-Cole’s fellow Jamaicans Yohan Blake and Usain Bolt were absent too. Bolt did at least give the games a huge boost by competing in the men’s 4x100m relay, but he claimed that the timing was such that he was just coming back to fitness and needed earlier rounds of the relays to bring back track fitness. Then came the row in which he was reported to have told a journalist that the games were “a bit shit” – which he later denied. Meanwhile English distance runner Mo Farah stayed away altogether, citing lack of fitness.

There are concerns over the extent to which the games uphold core Commonwealth values of humanity, equality and destiny. Canada recently withheld its support for the games federation because of human rights concerns in Sri Lanka. And New Zealand Olympic Committee secretary-general Kereyn Smith recently admitted that disputes over governance could still have a detrimental effect on interest.

Despite the fact that the federation has come in for some flak, it is not insensitive to the bigger picture. It invited Australian consultancy Global Media Sports group a few years ago to undertake an independent media rights review of perceptions of the Commonwealth Games and strategies for revitalising the Commonwealth Games.

Its 2011 report concluded that few people thought of the games as the top-ranked multi-sport event, and given the Olympics this might always be the case. But more worrying was that nations such as India, England, Malaysia, and New Zealand thought that the games were in decline and 31% of Canadians were not sure and placed the event behind the winter Olympics.

So what for the future? What should the purpose of the Commonwealth Games in the 21st century be? What does the CGF want sport to look like in the Commonwealth? Will it suffice to be the public face of the Commonwealth every four years or will the future of the event depend on more being done to deliver on the core Commonwealth values. At the opening ceremony, the CGF told us the games are about humanity, diversity and destiny. For the games to continue to be held in only the safe and secure cities would fly in the face such values.

One solution is to take the route offered by Global Media Sports, whose key recommendations were to amend the sports mix to maximise viewer interest, event attendance and participation throughout the Commonwealth; ensure world-class athletes compete at the games; and develop media expertise aligned to the CGF to ensure coverage and rights fees are maximised.

Yet perhaps the more imaginative solution is to balance the emphasis on a race for medals every four years with much more of a continued focus on the sport-for-development-and-peace initiatives that have been developing throughout the Commonwealth. In Rwanda and Sierra Leone, for example, sport has been used to restore normality in violent and war-torn communities. This was showcased during the Glasgow opening ceremony. The Commonwealth Games has never been just another international sporting event but an explicitly political and cultural exchange to affirm and strengthen values and communities.

Only a fraction of the public and private funds spent on sport in most Commonwealth countries goes to grass roots development and even less to initiatives like these. This disconnect is exacerbated by the cost of the games. Yet bid cities should ensure sustainable and measurable increases not only in sport and physical activity but involvement from the most marginal members of society. Perhaps the idea of joint bids should be revisited in order to ensure a more equitable hosting amongst the cities of the Commonwealth.

What we probably can say about Glasgow is that it has bought the games more time. During the opening ceremony, the Scottish comedian Billy Connolly evoked the memory of Mandela and reminded us of Glasgow and Scotland’s support for the anti-apartheid movement. Sport was an important part of this struggle. South Africa thanked Glasgow for what was a good example of effective cultural relations through sport.

Following the closing ceremony, it is now time to reflect once again about how to make this event relevant for the future. If the Commonwealth deeply believes in its values and wants to make the games a sustainable resource for hope, it will have to think hard about where they go from here. Glasgow’s Mandela moment is not a bad place to start. 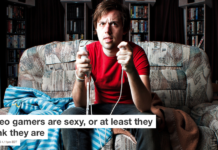 Staff Writer - October 16, 2014
By Ladan Cockshut, Durham University The digital game industry is a relative baby in comparison with other entertainment industries. The earliest known examples of digital...