Senators will soon decide whether to dismiss the articles of impeachment against President Donald Trump without hearing any witnesses. In making this decision, I believe they should consider words spoken at the Constitutional Convention, when the Founders decided that an impeachment process was needed to provide a “regular examination,” to quote Benjamin Franklin.

A critical debate took place on July 20, 1787, which resulted in adding the impeachment clause to the U.S. Constitution. Franklin, the oldest and probably wisest delegate at the Constitutional Convention, said that when the president falls under suspicion, a “regular and peaceable inquiry” is needed.

In my work as a law professor studying original texts about the U.S. Constitution, I’ve read statements made at the Constitutional Convention that demonstrate the Founders viewed impeachment as a regular practice, with three purposes:

Good for the president and the country

Franklin persuasively argued that impeachment was a process that could be “favorable” to the president, saying it is the best way to provide for “the regular punishment of the executive when his misconduct should deserve it and for his honorable acquittal when he should be unjustly accused.”

Franklin may have carried the debate when he told his fellow delegates the story of a recent dispute that had greatly troubled the Dutch Republic.

One of the Dutch leaders, William V, the prince of Orange, was suspected to have secretly sabotaged a critical alliance with France. The Dutch had no impeachment process and thus no way to conduct “a regular examination” of these allegations. These suspicions mounted, giving rise “to the most violent animosities & contentions.”

The moral to Franklin’s story? As Franklin put it, if Prince William had “been impeachable, a regular & peaceable inquiry would have taken place.” The prince would, “if guilty, have been duly punished – if innocent, restored to the confidence of the public.”

Many Constitutional Convention delegates agreed with the assertion by George Mason of Virginia that “no point is of more importance … than the right of impeachment” because no one is “above justice.”

In the discussions leading to the decision to add the impeachment clause to the Constitution, a recurrent reason was raised: concern that the president would abuse his power. George Mason described the president as the “man who can commit the most extensive injustice.” James Madison thought the president might “pervert his administration into a scheme of [stealing public funds] or oppression or betray his trust to foreign powers.” Edmund Randolph, governor of Virginia, said the president “will have great opportunitys of abusing his power; particularly in time of war when the military force, and in some respects the public money will be in his hands.”

Gouverneur Morris of Pennsylvania worried that the president “may be bribed by a greater interest to betray his trust and no one would say that we ought to expose ourselves to the danger of seeing [him] in foreign pay.” James Madison, himself a future president, said that in the case of the president, “corruption was within the compass of probable events … and might be fatal to the Republic.”

Elbridge Gerry of Massachusetts pointed out that a good president will not worry about impeachment, but a “bad one ought to be kept in fear.”

A final word from the founding that has special resonance to the Senate’s current discussions: William R. Davie of North Carolina argued that impeachment was “an essential security for the good behaviour” of the president; otherwise, “he will spare no efforts or means whatever to get himself re-elected.”

Editor’s note: This is an updated version of an article originally published Sept. 26, 2019. 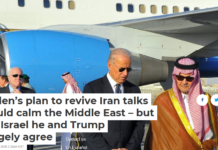 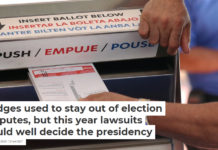 Judges used to stay out of election disputes, but this year lawsuits could well decide the presidency 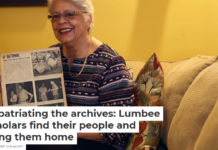 Repatriating the archives: Lumbee scholars find their people and bring them home 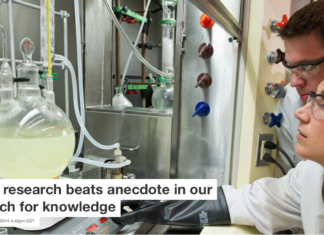 Staff Writer - October 28, 2014
By Tim Dean UNDERSTANDING RESEARCH: What do we actually mean by research and how does it help inform our understanding of things? We begin today...