New York has passed sweeping new laws that will close some legal loopholes that allowed the city’s 1 million rent-stabilized apartments to be deregulated and tenant protections bypassed.

State lawmakers are calling the legislation “the strongest tenant protections” in the history of the city, which is fabled for its cutthroat housing market.

I’m a scholar who studies the socioeconomics of cities, particularly New York City. While I recognize that this new law may prove important, my research points to a far weightier crisis that New York must address if it is to remain a livable city.

New York has the second most expensive rental market in the United States, after San Francisco. More than half of all New Yorkers spend more than 30% of their income on housing – the limit of what is considered “affordable” by the U.S. Census Bureau.

Between 2017 and 2018, 16 households in the Brooklyn borough of New York lost their homes each day on average. During that same period, 232,000 eviction notices were filed against tenants in the city’s five boroughs. Homelessness is at a record high.

For decades New York mayors have promised to create more affordable housing, without making much progress.

Even a phone call from significant real estate groups to New York Gov. Andrew Cuomo seeking to block the measures from going forward seemingly fell on deaf ears – much to big developers’ dismay.

Powerful real estate lobbies make significant contributions to state political races and have successfully beaten back many past efforts to curb their profit margins in New York City.

Property taxes generated via New York City real estate have been a significant source of municipal revenue starting in the 1920s. In 2017 property taxes accounted for about 30% of the city’s $82 billion budget, which also includes income tax, state and federal grants and other smaller revenue streams.

This makes property taxes by far the largest single source of income for New York City’s government. The tax revenue has been critical to the city’s survival since the late 1970s, when New York dug itself out of bankruptcy by cultivating a high-end real estate market to restore its tax base.

As historian Adam Curtis explains in his 2015 BBC documentary “Hypernormalisation,” New York transitioned from hollowed-out metropolis to a glittering “city for the rich” in recent decades thanks to tax incentives given to developers – including Donald Trump – to build extremely high-value condos for millionaires and billionaires.

This has had a cascading effect across New York’s real estate market. A plot once priced to hold regular housing is now assessed based on its potential value as the site of high-end condos. Such real estate speculation fragments lower- and middle-class neighborhoods, leading to the expulsion of their residents into the ever-increasing fringes of the city: gentrification.

New York is not unique among American cities in relying heavily on property tax to fund public services. Property taxes accounted for approximately 22% of Los Angeles’ budget last year and approximately 21% of Chicago’s.

What is unique is New York’s reliance on high-end real estate as the primary way to generate that property tax income. This dependency hurts not just the housing market but also the city’s ability to prepare for climate change, my research finds.

In March, New York Mayor Bill de Blasio announced a US$10 billion “plan to climate-proof lower Manhattan” – a slice of the city that is home to Wall Street, the Financial District and other swaths of high-value property.

Many frustrated New Yorkers found the “our” in de Blasio’s concern for “our survival” rather confusing.

Of the 44 New Yorkers who died in Hurricane Sandy, only two lost their lives in lower Manhattan. Likewise, lower Manhattan makes up a minuscule piece of the 51 square miles of New York that was submerged during the storm.

The mayor’s resiliency plan doesn’t protect the most vulnerable people or places in New York, like Rockaway Beach, Queens and Dumbo, Brooklyn – it protects the most valuable part.

Residents and real estate are two unequal and opposing forces in City Hall. Caught between the interests of 9 million New Yorkers and the Financial District’s $60 billion worth of property, de Blasio – or any New York mayor – will always struggle to represent, to govern, the whole city.

To maintain its fiscal and structural health, the city government must protect its real estate developments that cater to the superwealthy. But to retain its social stability, livability and to survive climate change, it must protect its residents – significant numbers of whom are poor and working-class, not superrich.

To meet the dual challenges of affordability and climate change, New York must wrest its financial livelihood from the grip of property taxes, restructuring its economy such that the city’s municipal finances – and by extension, governance – serve a broader array of interests and sectors.

This urban budgetary problem, which affects many cities worldwide to a greater or lesser degree, is one of the main subjects of my current research.

One of a few models I am investigating is that of Berlin, which in June voted in favor of passing a five-year rent freeze to suppress rapidly rising housing prices.

Berlin can contemplate this relatively radical policy because the city’s budgetary reliance on property taxes has dropped from around 35% to 15% over the past seven decades. Value-added tax, income and corporate tax make up the difference, supplying around 61% of the city’s revenue stream.

That means developers don’t hold the same financial or political sway in Berlin as they do in New York, and public services don’t depend on ever more $50 million condos getting built.

Identifying other cities that, like Berlin, have broad-based budgets may begin to shed light on ways New York could build a sustainable revenue model that will help it to untangle the isolated interests of property from the interests of the whole city. 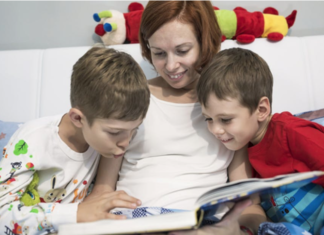 Staff Writer - October 2, 2017
Allyssa McCabe, University of Massachusetts Lowell With school starting, parents wonder what they can do to help their children succeed. Almost everyone knows that...