The United States is experiencing a drastic change in attitudes towards marijuana and marijuana policy.

Four states and the District of Columbia have legalized recreational marijuana use and more than a dozen states have decriminalized it.

Pew Research Center’s latest national poll suggests 52% of adults in the US now favor legalization. In addition, 42% of high school seniors surveyed in 2013 favored legalization and another 25% favor decriminalization, according to Monitoring the Future.

As a public health and drug policy researcher who discusses marijuana policy on a regular basis, I hear all too often people equating legalization with approval — or even promotion — of use. Supporting legalization does not necessarily condone use. In fact, many supporters are very much against use.

The Pew Research Center’s 2013 poll on marijuana attitudes found that a third (35%) of adults who have never tried marijuana support legalization, an increase from 25% in 2010. My new findings published last week from Monitoring the Future national high school senior data suggest that 17% of non-users support legalization with another 27% supporting decriminalization instead. So clearly not all support for legalization is coming from users.

Support from both users and non-users can be based on many different viewpoints and beliefs. Support for legalization can be based on support for liberty, eliminating arrests, raising tax revenues, reducing black markets and associated corruption and harm. It can also be supported as an attempt to reduce access to young people.

At face value, this might seem a bit hypocritical, but I, personally, prefer to give these individuals the benefit of the doubt and think they at least have good intentions.

For example, many cigarette smokers regret smoking and now hope to prevent others from using. But society needs to remain cognizant about what the word “illegal” really means. It means engaging in a legally-forbidden behavior that can lead to arrest and possible incarceration.

However, I’ve noticed that many people contradict themselves, as while they support the illegality of marijuana, they don’t seem to support the arrest of users.

“I don’t want my kid using marijuana so it needs to stay illegal.” If these are your intentions then you’re probably a great parent. However, you need to consider what happens if your teen rejects abstinence and uses marijuana. Do you feel your child should be arrested for using it? Probably not. Do you think you should have been arrested for trying marijuana? Again, probably not.

I’ve found that a lot of supporters of illegality would expect application of the law to be unfavorable if they or their children get caught.

However, in some respects it’s sad that many people who hold these views are more able to circumvent laws when they break them. It is often their black and Hispanic counterparts who are less able to circumvent such laws even though racial minorities actually tend to use at lower rates than whites. In fact, results of my new study suggest that black and Hispanic teens are actually more likely to support legalization than whites, possibly for this reason.

If supporters of marijuana remaining illegal had the same likelihood of getting caught as non-supporters there would likely be big changes, and fast.

Some national studies have found that about two-thirds of the young adult population have used an illicit drug in their lifetime. You’re allowed to disagree that this huge portion of the population shouldn’t be arrested for trying a drug. After all, wouldn’t our most recent presidents have been arrested if they got caught using? Supporting legalization does not mean you promote or even condone use. It simply means you don’t agree that a user should be arrested.

This article in no way promotes or condones marijuana use. In fact, it doesn’t even promote legalization. However, times are changing quickly and the concept of legalization clearly needs to be demystified for the general public.

Support for legalization does not mean than one promotes or condones use.

Joseph Palamar does not work for, consult to, own shares in or receive funding from any company or organisation that would benefit from this article, and has no relevant affiliations. 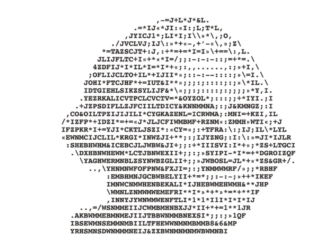 Staff Writer - February 16, 2018
Andrew Elfenbein, University of Minnesota When I was researching and writing my new book, “The Gist of Reading,” I wanted to explore long-held assumptions about...

‘I didn’t know who I was anymore’ – myths vs realities...