When former President Barack Obama won the Nobel Peace Prize in 2009, he didn’t keep the approximately US$1.4 million, converted from Swedish currency, that came with it. Instead the Nobel Prize Foundation transferred the money directly to Fisher House, a nonprofit that houses families of wounded veterans while their loved ones get medical care, the Clinton Bush Haiti Fund and eight other charities.

Under the tax code, that action meant the prize money didn’t count as income. The Internal Revenue Code provision that authorizes this special treatment is section 74, which governs taxation of prizes and awards.

I study federal tax law pertaining to charity. The way section 74 treats prizes for outstanding artistic, intellectual, and athletic achievements strikes me as too complicated, inconsistent and outdated. I believe it’s time to revise these rules and regulations to avoid penalizing people who have been honored with these rewards and who choose to give their winnings to causes they support. Otherwise, winning a big prize could have the perverse effect of causing the prize winners financial distress.

Under section 74, as first enacted in 1954, prize money had to meet two conditions to be excluded from income. First, recipients couldn’t apply or nominate themselves. Second, if they won, they couldn’t be required “to render substantial future services.” In addition to the Nobel Prize, well-known winnings eligible for this special treatment include the cash tied to Pulitzer Prizes given to journalists and other writers and the Templeton Prize, awarded to people who make “an exceptional contribution to affirming life’s spiritual dimension, whether through insight, discovery or practical works.”

The rules changed in 1986. When Congress overhauled the tax code that year, it amended section 74. Under the new rules, money from prizes meeting those criteria would potentially be taxable income.

Winners had one work-around: never personally receiving the money in the first place. That is what Obama did after winning his Nobel Peace Prize. So did George Smoot and John Mather, the co-winners of the 2006 Nobel Prize in Physics.

They both gave their winnings to charities that support scholarships and fellowships. “From my perspective the prize money didn’t feel like my money,” Mather explained. “I wanted to do as much good as I could with it.”

And in 2018, biologist George P. Smith had the $243,000 he won for the Nobel Prize in Chemistry sent directly to the University of Missouri, where he had conducted his research.

Taking this step can require more than generosity, as I found out in 2002. At that time, I tried to help a big prize winner take advantage of this special arrangement. But the money was from a foreign government that refused to do anything but pay the winner directly so as to avoid being involved in a transaction that might appear to be a form of tax evasion.

To protect the privacy of everyone involved, I am not disclosing the winner, the award or the foreign country.

Winning large prizes may sound like a good problem for prestigious people to have. But it can be costly if prize money propels someone into a higher tax bracket.

Consider the fate that would befall a jointly filing married scientist, earning, say, $100,000 in adjusted gross income, whose spouse doesn’t work outside the home. If she claimed the following typical itemized deductions – mortgage interest of $12,000, state taxes equal to the $10,000 limit, and $3,000 in charitable contribution deductions – the couple’s taxable income would be $75,000 and federal income tax liability would come to a little over $8,600.

If this scientist won the Nobel Prize, which currently comes with an approximately $1 million award, and she didn’t take advantage of section 74 or change any other behavior related to taxes, the couple’s taxable income would jump to $1,075,000. And their federal tax liability would skyrocket to almost $340,000 – substantially reducing their windfall.

Awardees who itemize their taxes can reduce the amount of their suddenly enlarged taxable income by making tax-deductible contributions to charities. But there is a limit.

They can’t deduct donations that exceed 60 percent of their adjusted taxable income in any single year.

That means prize winners who wish to donate the entire bundle could end up owing tax on money they have already given to charity. I think that this restriction can turn into trap for the unwary. It is also unwise as it can discourage high-profile gifts to charity – gifts that have the potential to inspire more generosity.

If that scientist gave the million bucks she won from the Nobel to charity, she could deduct only a total of $646,800 from her taxable income as charitable contributions. She would still have taxable income of $431,200 and federal income tax liability of a little over $100,000. She would have to find some way to pay that tax. To be clear, she could gradually take the charitable deductions not allowed the year she won the Nobel Prize by carrying it over on her taxes for five years.

But, assuming her adjusted gross income remained around $100,000 a year, she would be able to deduct only $60,000 a year, and her deductions would be at a lower tax rate. At the end of five years, she would still end up losing tens of thousands of dollars in deductions.

Alternatively, she could limit her charitable giving this year to $646,800. She would have money left from the Nobel Prize award to enable her to pay her tax liability of about $100,000. She could deduct the rest of the prize money in future years, but only at the rate of $60,000 a year.

If, instead, she were to take advantage of section 74, and her adjusted gross income remained about $100,000 a year, her taxable income would continue to be about $75,000 –with about $8,622 in federal income tax liability.

The theoretical physicist Marcelo Gleiser won the Templeton’s £1.1 million – currently about $1.4 million – award for 2019. He will now contend with those hypothetical accounting concerns in real life.

By this point, you are perhaps figuring that this Nobel Prize winner is surely pretty smart and maybe even a genius. Can’t bright people suss all this out on their own or with a good accountant? The answer is no.

The prize winners eligible for this tax break often aren’t rich. Like most Americans, they have no idea how large charitable gifts can affect tax bills. And few people, even among tax professionals and the very richest Americans, are familiar with section 74’s strictures.

Congress revisited this provision not long ago. But the changes, which took effect in 2018, lightened the load only for Olympic and Paralympic athletes who earn less than $1 million a year. The special rules for athletes did not encourage charitable giving; it simply excluded the winnings from income. Congress made section 74 more complicated and inconsistent.

A key reason to further revamp Section 74 is the growing popularity among philanthropists of adapting for-profit methods to identify innovative solutions to societal problems by holding high-stakes competitions such as the $5 million IBM Watson AI XPRIZE, which aims to spur the development of technologies that “tackle the world’s grand challenges.” The people who win those contests should also have the option of having their prizes go directly to charity in order to avoid possible income tax on the awards.

I believe that people who dedicate their lives to solving the world’s most pressing problems deserve the same privileges as Nobel and Pulitzer Prize winners. If lawmakers agree, they should revise the tax code accordingly. 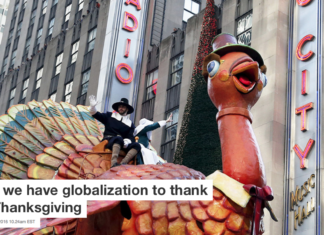 Staff Writer - November 20, 2016
Farok J. Contractor, Rutgers University As Americans sit down to their Thanksgiving Day feasts, some may recall the story of the “Pilgrim Fathers” who founded...

To end the HIV epidemic, addressing poverty and inequities one of...