Today, the destruction of European Jewry is widely recognized as a universal moral touchstone. A museum commemorating the destruction sits in our nation’s capital. Numerous states mandate Holocaust education. And when they speak in high school auditoriums and public libraries across the nation, the remaining survivors garner large, attentive audiences.

But it was not always so. For at least the first few decades after World War II, schoolchildren did not learn about the genocide of European Jewry. It was absent from lessons about the war, or about the waves of immigration to America’s shores.

While there were small-scale commemorative efforts in Jewish communities, there were no public memorials or museums to the murdered millions. In fact, the term “Holocaust,” separating the genocide of European Jewry from the events of the war, barely existed.

How, then, can we account for the enormous interest in the Holocaust today?

The conventional belief is that by raising money for memorials, lobbying elected officials to build museums, and producing big-budget films like Schindler’s List, Jewish elites were responsible for this shift. Of course, there is some truth to this.

But my research suggests that survivors and their descendants played pivotal roles in bringing their private stories out the shadows. They did so at a time when progressive social movements changed how Americans think about victimhood.

The difficulty of speaking out

One hundred fifty thousand survivors settled in the US after the war. Even before anyone began to collect their testimonies, or Steven Spielberg and others made films about them, survivors told stories about what they had endured – mainly to other survivors.

For the first few decades after WWII, these stories, which spoke of death and destruction, were exceedingly difficult to share with outsiders. Americans were preoccupied with returning soldiers, whom they feted as heroes. It was a time before post-traumatic stress disorder (PTSD) was recognized as a psychological condition.

No wonder early survivor organizations chose to commemorate acts of wartime resistance, such as the Warsaw Ghetto Uprising, rather than experiences of persecution. Persecution was far more common than heroism, but much more difficult to talk about.

Because few survivors were actually able to resist Nazi aggression, the focus on heroism during the early post-war period meant that few survivors could share their stories. And in fact, survivors were often discouraged from speaking publicly by friends, neighbors, and even social service professionals who came into contact with them. Psychologist Yael Danieli has characterized this as the “conspiracy of silence.”

It would take shifts in American culture and the aging of the baby boom generation, to change this. By encouraging their parents to speak about their experiences, the “second generation,” at least 250,000 strong, played a pivotal role in bringing their parents’ stories into public view.

Children of survivors were armed with ideas from therapeutic culture and influenced by identity politics, feminism and the black civil rights movement. Beginning in the mid-1970s, these descendants formed a collective identity and began to reclaim their hidden family histories. Small, therapeutically oriented “2G” support groups spread quickly throughout the country, the sign of a shifting generational consciousness.

As Malka, a descendant I quote in my book, Reluctant Witnesses, recalled: “Our parents’ generation survived by forgetting. Denial was a survival mechanism.“ In contrast, she said, “the second generation ‘survives’ by remembering”:

“Our parents grew up in a generation and a culture where you didn’t talk about ‘unpleasant’ things, you swept them under the carpet, you put on a brave face. Emotions were something negative that you tried not to reveal. ‘Don’t be so emotional!’”

Descendants were acutely aware of the lingering effects of their parents’ traumatic experiences. They were more likely to have a more positive view of self-expression, including the expression of negative emotions. They believed that being a victim should not be a mark of shame; it could even be a source of personal strength. Telling Holocaust stories, much like telling the stories of slavery, was important, they argued.

Survivors did not generally share their children’s more introspective orientation. Nonetheless, it was through their encouragement, example and coaxing that they came to speak more openly about the past.

By the 1980s, survivor Irene Hizme told the US Holocaust Memorial Museum, “It was becoming a little bit more OK to be a Holocaust survivor. People were finally interested.”

Holocaust stories, first told within the worlds of survivors and their families, began to circulate far beyond them, in a culture where painful memories – of the continuing effects of slavery, sexual abuse or war – are increasingly discussed in public.

Partly through their children’s coaxing, survivors gained the moral authority to bear witness, commanding an increasingly important presence in Jewish communities and beyond. This history, however, has been largely forgotten.

Today, when the rise of Holocaust consciousness is often seen as a retreat from American Jewish liberalism, and when memory of the genocide is frequently exploited by those in power, we should remember that speaking about the Holocaust did not come easily. Progressive social activists created cultural openings that made such talk possible. 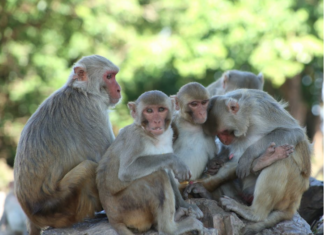 Staff Writer - October 2, 2017
Alexandra Rosati, University of Michigan “00O made it!” There was some news to celebrate on Sept. 28 in the email chain of scientists who work...