Republican Sen. Chuck Grassley of Iowa is trying to pass a bipartisan bill that would reduce punishments for less serious, nonviolent crimes. Attorney General Jeff Sessions and a few Republican senators are fighting the bill because they believe prosecutors need the threat of long prison sentences to deter crime. Their belief is not shared by many criminologists.

Grassley’s bill reflects reforms that have already happened at the state level: More than two dozen red and blue states, including states as politically different as Texas and Massachusetts, have joined the Justice Reinvestment Initiative over the last 15 years. Under the initiative, sponsored by the Council of State Governments, states have changed their laws to sentence nonviolent offenders to community-based sanctions, like probation or ankle bracelet monitoring, instead of prison.

Spending less money on locking people in prison means states have more to spend on other forms of crime prevention. Investing this money in communities was the original vision of the Justice Reinvestment Initiative. However, most legislatures have reinvested money back into the criminal justice system instead.

What does the public think about sentencing reform and investing in communities now?

I surveyed white and black respondents to see whether opinions differed across racial groups. Criminal justice is an issue that has long divided Americans by race.

I found that a majority of black respondents expressed support for sentencing both property and drug offenders to community-based punishments.

Next, I wanted to know how people think money saved from reducing the prison population should be reinvested.

I found that white respondents, on average, gave each category a similar percentage of the overall budget.

Black respondents also put some money into each category, on average. However, they allocated less money toward hiring police and more money toward community institutions and services than white respondents.

In research that will be published in Justice Quarterly, I also tested whether people’s allocation of money would change depending on the community that would receive the funds. I found that respondents were relatively consistent regardless of whether they were told that the communities were high in crime, poverty or welfare usage.

Only one variable changed the allocations: White respondents who were told that African-American communities would receive money allocated more money toward hiring police and probation officers and less money into clinics, schools or job creation programs.

This result is consistent with the political science theory of “racial priming.” The theory holds that images or words that are negatively associated with black people, like “welfare queen” or “inner-city,” trigger racial stereotypes. These stereotypes make whites more likely to feel that black people’s requests for anti-poverty policies in their communities are requests for “special treatment” that whites consider to be unfair.

My findings suggest that politicians could encourage both white and black Americans to support community investment if they talk about fixing social problems, like poverty or crime, instead of talking about giving money to one particular group of people.

Disconnect between politicians and citizens

Though politicians may have political reasons to shy away from sentencing reform and community investment, a lack of public support does not appear to be one of them. The public is less divided on this issue than our leaders in Washington. 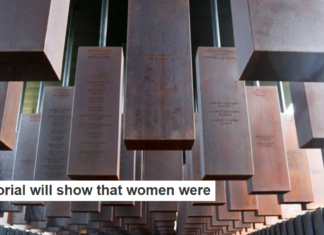 Staff Writer - April 23, 2018
Evelyn M. Simien, University of Connecticut A memorial to victims of lynching in the U.S. opens in Alabama on April 26, 2018. The National Memorial for...

For baby’s brain to benefit, read the right books at the...