By Martin Parker, University of Leicester

As winter arrives and the modest charms and innuendo of The Great British Bake Off end, it’s time for Alan Sugar’s parade of narcissism as the tenth series of The Apprentice begins. The show is a big earner for the BBC and they have been trailing it like crazy. I dread this time of year.

You see, I teach management studies to undergraduates. I try to teach them that businesses need to be responsible and sustainable, that motivation isn’t only about money, and that monomaniacal leadership styles don’t work. I lecture about the importance of democracy and consultation, about the importance of ethics and values in producing the sort of business world we need in the future. And then, on their televisions, they see The Apprentice and all my work is for nothing.

My problem is twofold. First, the show presents a largely false depiction of the business world which shows a kind of moral emptiness as a condition of being successful. At least, I hope it’s a false depiction, because if it’s an accurate one, then I wouldn’t want to meet any of these people on a dark night. The implicit message of the programme is that ruthlessness is rewarded with skyscrapering views of London, champagne and big cars. And, if you are the chosen one, you are rewarded with a job working for the boss of bosses.

Second, and because business is supposed to be red in tooth and claw, the behaviour of potential recruits is best described as sociopathic. No doubt egged on by glistening eyed producers, the shiny suited contestants are encouraged to describe themselves as hungry winners with no tolerance for failure. They spit up half-digested lumps of the latest management cliches, sounding for all the world as if they would sell their grandmothers for a fistful of stock options.

I know that this is “just entertainment”, and I’m sure that Lord Sugar is really a kindly gentleman who gives to charity, but I really do worry about the effect that this sort of programme has on the way that young people think about business. Together with Dragon’s Den, Ramsay’s Kitchen Nightmares, The Hotel Inspector and others, my undergraduates must get the impression that arrogant bullying and endless self-aggrandisement is what makes you successful in business. It’s enough to make you think that banging the table always does the job.

Now there is nothing wrong with self-belief, but when it tips over into job candidates spouting fragile madness then I start to get worried. Business, like all other parts of human endeavour, is best conducted in a spirit of intelligent scepticism and a fair dose of humility. And if we want to continue living on this planet, it must be conducted with some real thought about the consequences of our actions. Greed is not an attractive emotion, or a sensible strategy for survival.

Sugar’s poking finger doesn’t help my teaching in the slightest, since he and his henchpeople seem to encourage back-stabbing and one-upmanship at every opportunity. He comes across as a Victorian melodramatic version of a pompous boss, and it would very interesting to hear him explain just how the behaviour he expects of his candidates is useful in the business that he runs. But then, given the rather dismal record of the people who have won the glittering prize, perhaps Lord Sugar’s judgement is not really to be trusted.

We don’t need to be particularly imaginative to see how the show may be adversely affecting students’ expectations of the world of work that they will be entering soon. Unless, of course, this whole awful thing is a parody which is intended to put good people off going into business, and leave it to be populated by insecure narcissists fighting over the last seat at the bosses table. In which case, the rest of us can turn the TV off and get on with trying to produce businesses and businesspeople fit for a world we actually want to live in.

Martin Parker does not work for, consult to, own shares in or receive funding from any company or organisation that would benefit from this article, and has no relevant affiliations. 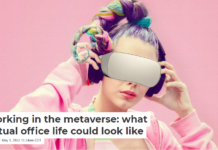 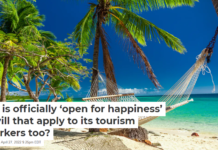 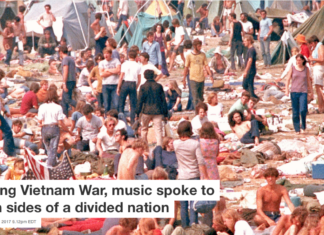 One of Earth’s most biodiverse habitats lies off the Scottish west...

How the crisis in container ships could ruin Christmas