Ten years ago, after over two decades of research on this topic, Carol Dweck – the Stanford University developer of “mindset theory” – concluded, “what students believe about their brains – whether they see their intelligence as something that’s fixed or something that can grow and change – has profound effects on their motivation, learning, and school achievement.” This idea – mindset – has become increasingly popular since then in education. Many school teachers are very enthusiastic about teaching growth mindsets in the classroom.

But does the claim regarding “growth mindset” interventions hold up under close scrutiny?

The federal government has spent millions of taxpayer dollars on mindset research. For instance, the Institute of Education Sciences is currently spending about US$3.5 million on a five-year study to determine if a particular commercially available mindset intervention – called Brainology – is effective or not. The study is expected to be complete in 2019. However, Mindset Works, Inc. has been selling Brainology to schools for thousands of dollars for years, claiming that students benefit from using it. For example, Brainology is sold to the District of Columbia Public Schools.

What is it about growth mindset interventions that hold so much appeal? And how much of a difference do these interventions actually make when it comes to academic achievement?

I am a psychology professor who researches learning and achievement, so these are interesting questions to me. To shine the light on these issues, several colleagues and I set out to examine the effectiveness of growth mindset interventions on students’ academic achievement.

According to the theory, people can hold “fixed” mindsets or “growth” mindsets. Those who hold fixed mindsets believe that intelligence – or other attributes – are relatively stable. Those with fixed mindsets are thought to interpret challenges as signs they lack the intelligence needed to be successful. This leads these individuals to give up when they struggle or to become “devastated by setbacks.”

In contrast, people who hold growth mindsets believe that intelligence – or other attributes – can grow with effort. They are thought to interpret challenges as learning opportunities. This leads to exerting more effort when struggling and overcoming setbacks, according to Dweck’s theory.

This has led to the development of growth mindset intervention programs for schools.

Her colleague at Stanford, mathematics professor Jo Boaler, has stated there is a “powerful impact of growth mindset messages upon students’ attainment.”

To answer this question, my colleagues and I chose to look at the data on growth mindset interventions overall. This approach is called a meta-analysis, a process in which researchers attempt to find all relevant studies on a given topic and analyze them all. Meta-analyses generally provide a clearer picture of the true effects than any single study can provide.

Growth mindset interventions typically teach students that the brain is like a muscle and can grow with effort. Students learn “how they can make their brains work better and grow smarter.” For example, they might read a paper describing the idea that the brain grows smarter when challenged and then come up with a personal example of a time they “got smarter” by practicing and improving at something. These interventions are thought to “lead to large gains in student achievement.”

We did find modest, but still relatively small, effects for students at a high risk of academic failure – 0.19 – and for students coming from poverty – 0.34. However, in both cases, the amount of evidence was limited, so these results must be interpreted with caution.

This is a view with which Carol Dweck disagrees. In an article written in response to this piece, Dweck asserts that the effect sizes “don’t look so small when you use the right comparisons.”

Our findings suggest that at least some of the claims about growth mindsets – such as how they supposedly have profound effects on academic achievement, benefit both high- and low-achieving students, or are especially important for students facing situational challenges – are not warranted. In fact, in more than two-thirds of the studies the effects were not statistically significantly different from zero, meaning most of the time, the interventions were ineffective.

Time and money spent on one thing means that those funds and that time are not being spent on something else. School officials, policymakers and other stakeholders may want to think twice before they buy a growth mindset intervention product or dedicate part of their curriculum to teaching growth mindsets thinking it’s going to make a difference in children’s academic performance. Our research suggests there is a good chance it won’t. 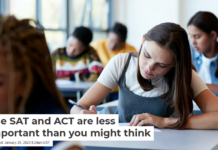 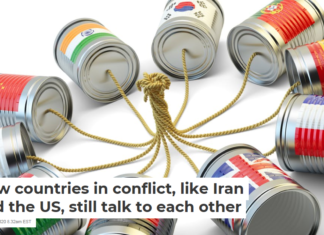 How countries in conflict, like Iran and the US, still talk...

Staff Writer - January 9, 2020
Klaus W. Larres, University of North Carolina at Chapel Hill Even countries that have broken ties with each other need to communicate in times of...

‘Do white people dominate the outdoors?’

What we can learn from closure of charter school that DeVos...