Our Earth has unimaginable diversity, from seascapes 8,000 meters below the ocean’s surface to landscapes 8,000 meters above it. Its physical beauty comes in inconceivable living varieties. Some mammals lay eggs; some lizards are legless. Bats catch fish. Birds catch bats. Wood frogs in Alaska survive through winter even as two-thirds of their body tissues turn to ice.

But as climate alters habitats to which animals have spent thousands of years adapting, snow disappears more quickly now in some places and deepens in others. Receding sea ice strands polar bears on land and reduces the length of their hunting season. As permafrost at the bottom of Siberian lakes cracks, water drains into the ground; fish die.

My research focuses on conserving large species adapted to life in cold places, including the Northern Rockies, Central Asia, and on permafrost in both Asia and Alaska. This winter, for the 11th straight year, I am returning to the Arctic. I want to understand how changing temperatures may be impacting muskoxen – animals that once roamed with extinct woolly mammoths.

To address this issue, I need to discern population trends and possible stressors, and to gain insights into these animals’ physiology, reproduction, predators and food sources. The overarching umbrella is a story of ice, snow and temperature.

Earlier this year scientists from NASA and the National Oceanic and Atmospheric Administration released a sobering finding: According to independent studies by both agencies, 2016 was the third year in a row to set a new record for global average surface temperatures. Warming patterns are most extreme in the polar regions, particularly in the Arctic.

One of the most striking trends we are observing in the Arctic is an increasing occurrence of winter days when temperatures never drop below freezing. Precipitation falls as rain, melting snow on the ground. This can be more serious than it sounds. In 2002 a winter rain-on-snow event on Canada’s Banks Island encased the ground in ice and prevented muskoxen from reaching their food supply. Some 20,000 animals died.

We know of the enormous changes in polar environments because of creative interdisciplinary collaborative studies by teams of scientists from dozens of countries. But at fine-scale levels, we know less about how these changes are affecting individuals, or how much flexibility many species have to adapt.

Logistics related to traveling in the Arctic are significant year-round, and especially complex in winter. In Alaska I work with two assistants and we travel light. Typically, it is just Fred Goodhope Jr. (a Native Alaskan whose ancestors survived here for 12,000 years), a bio-technician, and me. Fred knows these lands like the back of his hands, whether he is fixing the throttle of a snowmachine with dental floss at 10 degrees below zero or navigating ground blizzards without GPS.

Muskoxen occur in tightly knit herds, at times 50 kilometers apart. We navigate the tricky ice and tundra between the groups and gather data. For years my colleagues and I used helicopters to pursue, tranquilize and radio-collar muskoxen. This was a very useful way to garner biological insights, but I abandoned it five years ago because about 5 percent of the animals that we radio-collared failed to reconnect with their herds when the drugs wore off. Instead they sheltered alone in snow-holes for safety for up to two months.

I wanted more compassionate ways to collect data, so I continue to gather and analyze frozen poop sans radio-collaring. It contains iced hormones that we can assess to infer stress levels (gluco-corticosteroids) and pregnancy rates (progestagens). We know from these data that isolated females experienced stress levels three to six times greater than their companions back in the herd. The change to gentler tactics has been well worth it.

We also use a method called photogrammetry, or making measurements from photos. When muskoxen perceive a threat, they stand clumped together in defensive formations rather than fleeing. Working with animals the size of a Volkswagen has benefits: They stand out in the vast Arctic. We can approach them when they group up this way and photograph them at known distances and angles, then use these shots to develop algorithms and estimate their sizes.

By comparing our estimates with data on the growth and size of captive animals, we can explore how factors like winter and summer temperatures, availability and health of vegetation, and rain-on-snow events affect wild muskoxen’s growth and size.

Poorly fed or otherwise stressed juveniles from many species tend grow slower, achieve puberty later in life and have reduced survival. I want to learn about these parameters in muskoxen. For example, during rain-on-snow events, pregnant females cannot eat because their food is locked under impenetrable ice. My colleagues and I expect that their growing fetuses deplete the resources that are available to them in utero, and that these stores are not replenished because food is unavailable to the mothers. We are now developing our first estimates of how warming temperatures may be affecting this little-studied species.

In both Greenland and the High Canadian Arctic there have been limited reports of polar bears eating muskoxen, but we do not know whether they are feeding on dead animals or hunting live ones. We know that polar bears are foraging more frequently on land as the Arctic warms, melting the sea ice where they normally hunt, rest and breed. To determine whether polar bears are a threat to muskoxen, we need to know whether they are feeding on animals that have died from other causes such as disease, or are attacking live muskoxen.

I use a common experimental technique: simulations, which requires a fake polar bear and, as a control, a fake caribou. I take these two costumes, fashioned from cloth and Styrofoam, into the field and do approaches to muskoxen to see how they will react. This research follows in the footsteps of Nobel Laureates Niko Tinbergen and Konrad Lorenz, who were interested in animal behavior and manipulated the perceptual worlds of gulls and geese.

Now such field deployments are more common. Recently they have been used in the gas fields of Wyoming to assess how sage-grouse react to increased noise generated by fracking. I have also used acoustic and olfactory models in Alaska and the Yellowstone region to sort out how naïve prey like moose respond to reintroduced wolves and recolonizing grizzly bears.

On Wrangel Island in the Arctic Ocean, my apprehension heightens as I approach muskoxen herds on all fours. There is always a possibility of being gored, yet for my protection I can’t carry a gun, and it’s too cold to pepper spray when they charge. But I can leap from the ground onto my feet, which confuses them and halts any charges.

Across Earth’s vastness, humans have done a marvelous job of erasing or threatening the living magnificence that has come before. Field research gives me opportunities to look at the world through the eyes of animals, and to work with many other scientists to configure plans to do better for all living beings who rely on our planet’s life support systems.

Cold-adapted species have figured out how to survive across thousands of generations. To dampen climatic challenges, we humans need to modify our behavior in a far shorter time frame. 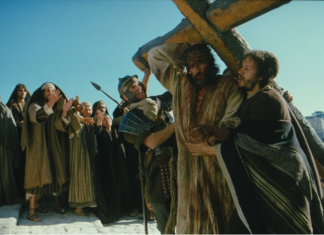 An Indian perspective on the Poland climate meeting: Not much help...