Nearly 24 years ago, Time Magazine’s cover featured a photo of Katie Koestner, a first year student at the College of William and Mary whose date had raped her. The red lettered words, DATE RAPE, dominated the page.

Koestner’s story was at odds with most people’s image of rape, but not with scientific data. Just a few years before, a nationally representative survey of higher education students had documented that approximately one in four women had been victimized by and one in 12 men had perpetrated rape or attempted rape.

But now sexual assault on campus is back in the headlines and not only because of the controversial Rolling Stone article about an alleged gang rape at my alma mater, the University of Virginia, or Time’s “RAPE: the crisis in higher education” cover in May this year.

Currently 88 institutions of higher education, including William and Mary, are under investigation by the Department of Education Office for Civil Rights (OCR) for possible violations of Title IX relating to sexual harassment of students.

What hasn’t happened or isn’t working, and why the flurry of investigations? Why did President Obama convene a White House Task Force to Protect Students from Sexual Assault in 2014?

The White House and university campuses

A number of interrelated factors may be at play, but several stand out.

The fallout from Pennsylvania State University’s abhorrent negligence of assistant coach Jerry Sandusky’s extensive sexual abuse of boys, and its efforts to protect the university and its storied football team, revealed that many institutions were not fulfilling their obligations under the Clery Disclosure of Campus Security Policy and Campus Crime Statistics Act that requires institutions to document and disclose information about crimes on their campus annually.

Second, beginning several years ago, students began filing Title IX complaints and lawsuits against institutions over how reports of sexual assault were being handled by their college or university. This happened at a range of institutions – from Yale to the University of Tulsa.

Most people associate Title IX with equal access to sports for women, but the law also ensures equal access to education. In 2011, the Office of Civil Rights in the Department of Education issued guidance stating that, “sexual harassment of students, which includes acts of sexual violence, is a form of sex discrimination prohibited by Title IX.”

The third reason for the upsurge in investigations is the 2013 Campus Sexual Violence Elimination Act (SaVE Act) that requires colleges to report more crimes in their annual Clery Act reports, including acts of domestic violence, dating violence, and stalking. The provision also required institutions to adopt student discipline procedures related to sexual assault, and to prevent it.

The White House’s declared reason for entering the fray was stark: “The prevalence of rape and sexual assault at our Nation’s institutions of higher education is both deeply troubling and a call to action.”

On the surface, it is hard to disagree with these recommendations. All seem like logical steps to solving a problem. However, on closer examination, the first recommendation is surprising.

Clear evidence of a major problem

Nearly three decades of research have consistently documented the scope of the problem. The evidence is clear. Between 20 to 25 percent of women on college campuses report experiences of rape and attempted rape. Additional studies, unless used as baseline data to evaluate interventions, would simply waste resources.

Fortunately, the White House task force broadens this first objective by calling for surveys of so-called “campus climate” or, according to the University of Wisconsin’s general definition, the behaviors, practices and policies on campus that influence whether an individual feels safe, valued and treated with respect.

The report includes a survey toolkit and asks all institutions to voluntarily conduct a campus climate survey in 2015. It also states that the task force will explore options that would require colleges and universities to conduct these climate surveys on a regular basis beginning in 2016.

In an ideal world, the task force’s call to understand campus climate could be tremendously useful.

The toolkit provides examples of questions that could be included in a campus climate survey, and it is a good start, but just that, a start. It is not a scientifically validated survey instrument, I would argue, despite claims otherwise.

One of the most glaring omissions from the existing toolkit is how to measure how many people are perpetrating sexual violence. Social scientists have well-validated instruments that ask, in behavioral terms, whether an individual has engaged in behavior that is equivalent to sexual assault.

As with many problems, campus sexual assault is multidimensional and does not exist in isolation. For example, alcohol is highly related to sexual assault in several ways, but assessment of its uses and abuses is glaringly absent from the survey toolkit. Alcohol use, and increasingly binge drinking, are predominant elements of campus social life. Among women, binge drinking is frequent (nearly 40% and among men even higher at approximately 80%.

Binge drinking is associated with a list of unintended and harmful consequences, including unwanted and unplanned sex. Alcohol can be used as a tool to obtain nonconsensual sex whether purposefully administered to incapacitate, or when imposing sex on someone who is voluntarily inebriated, an obvious outcome of binge drinking. Despite claims that alcohol use by women leads to sexual assault, alcohol use is far more likely to be used as a method of coping after assault. No climate survey can be useful if it excludes an assessment of alcohol use.

How can institutions respond with integrity?

Participants came from across the nation, and from a diverse set of institutions. During the lively and often animated discussions, one student affairs administrator likened the spate of directives to drinking water from a fire hose. Water is essential, but you have to be able to drink it.

A number of important themes emerged from the forum.

First the federal response has opened a window and allowed light to shine on a highly stigmatized problem. The key to success is making sure the window is open wide and high enough for those who usually do not work together (student conduct professionals, Title IX coordinators, law enforcement, athletics departments, Greek system advisors, sexual assault researchers and so on) to pass through – together. Once on the other side they must collaborate to monitor the changing landscape of federal legislation regarding campus sexual assault.

Second, extensive conversations and cooperation among these groups is needed to inform the definition and measurement of campus climate. At the forum, participants defined campus climate in a variety of ways. One place to begin may be with campus climate surveys developed for other purposes, such as for understanding the many dimensions of diversity. Surveys should be scientifically validated and vetted by practitioners to ensure usefulness.

Third, federal initiatives are not being coordinated in any way, and address overlapping and distinct problems. Without coordination, policymakers risk uneven and inappropriate responses on campuses.

The possibility of the large scale change that is needed on our college campuses has never been more likely than it is now. The long-ignored problem of sexual assault now dominates hallway discussions, social media, and national publications. The extent of sexual assault victimization has been well documented, and has been recognized at the highest level as a significant problem in higher education. Now we need to move ahead with a sense of urgency balanced by caution, and with inclusive and transparent processes. 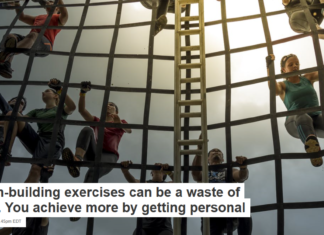 Mail delays, the election and the future of the US Postal...