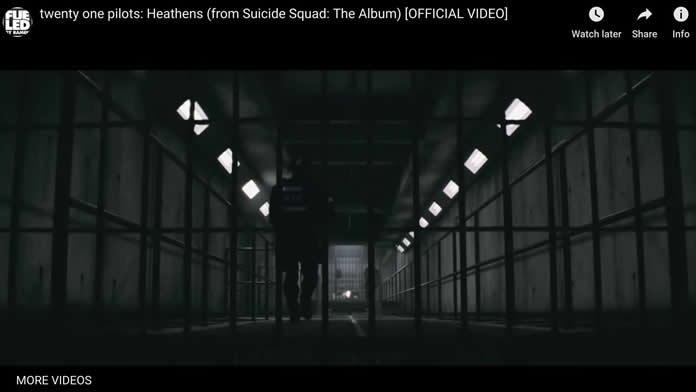 So apparently rock music is dead. Either that or what is actually ‘hip hop’ has duped the name. ‘Cause I’m not hearing much rock in the song ‘Heathens,’ with the exception of the chugga (the very commonly used muted string sound on a guitar with heavy overdrive or distortion as a guitar pick passes quickly though the strings) along with what sounds like a processed low vocal. That, and maybe one section that kind of busts out for a second before going back to a hip hop groove.

Here’s what I like about the song: There are some melodic hooks that get stuck in my head. I think the drum tones are cool, with that very, very tight sound. The production is super slick. Way too slick for the rock genre, in my opinion, but that’s the sound that the kids love.

I do understand why ‘Heathen’ is popular and why Twenty One Pilots has had such tremendous success. It didn’t hurt that the song made its way into the Suicide Squad soundtrack, and that they launched a music video that makes them look like they are in the actual movie, with scenes from the film sprinkled throughout. That’s the kind of placement that can blast a band off into the stratosphere.

Twenty One Pilots has really found a way to successfully bridge the gap between hip hop, rock, and something originally quirky that I can’t quite put my finger on. But this compliment is referring to their earlier songs that sounded more like good demos. I didn’t love them when I first heard them, but I understood how kids would like their sound. It’s very much geared towards the ADD/Adderall crowd that needs a change of focus every 20 seconds. ‘Heathens’ doesn’t implement this as much as their other material. Which is possibly why it’s ruling the charts (not just alternative) right now.

There’s a part of me that gets frustrated that hip hop has so successfully pierced it’s way through the rock genre. But I understand that hip hop is one of the most popular of all music genres (next to country and pop), and it’s all about money. So at the end of the day, the Suits don’t care so much about genre authenticity. They just want what’s gonna stick and sell. Not albums, obviously. ‘Cause we all know music is free, and has zero inherent value. I’m talking about the T-shirts. 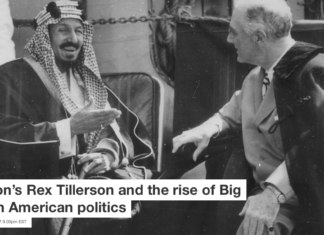 Exxon’s Rex Tillerson and the rise of Big Oil in American...

Chills and thrills: why some people love music – and others don’t