By Andrew Charlesworth, University of Bristol

Whilst visiting a national park in North Sulawesi wildlife photographer David Slater had his camera stolen – not by a thief, but by an inquisitive crested black macaque. The resulting selfies are causing controversy and raising questions about the ownership of images on the web. So just who does own the copyright when a monkey gets trigger-happy on your device?

Slater was photographing the endangered monkeys when he left his camera unattended. One of the monkeys began playing with the camera and, fascinated by its reflection and the noise produced when it accidentally took a photo, it snapped hundreds of images of itself. Most were blurred and out of focus, but several of the photos produced unique up-close and personal self-portraits of the rare creature.

But Slater now finds himself in a dispute with Wikimedia, the organisation behind the Wikipedia online encyclopedia. Wikimedia has made the images available online in its collection of royalty-free images without Slater’s permission. It argues that Slater does not own the copyright to the images as he did not take the photos. Their position is that copyright either belongs to the monkey or to no one.

This is the latest example of digital photography creating circumstances that have simply not been anticipated by the people who make the rules. The law is in fact largely silent on who owns the copyright for works that are not directly created by humans.

One point is clear. The UK Copyright Designs and Patents Act 1988 (CDPA) states that the author of a work is the person who creates it. As a monkey is not a person under UK law, it cannot be an author, and therefore cannot be the owner of the disputed images.

But if the monkey cannot be legally classed as author or owner, does this mean that David Slater can be, even if he didn’t take the pictures? The real question is whether David Slater owns (and can lawfully assign) the copyright under UK law, or whether there is any copyright at all. There are three main legal arguments to consider here.

The first possibility is that as no “person” took the images, there is no author, and thus no owner of copyright for the photographs. However, this conclusion undermines a key understanding in UK copyright law – the idea that we want the law to encourage interesting, useful and valuable works to be made readily available to the public. If these images are found to have no copyright, photographers who find themselves in a similar position in the future may not feel protected and may be dissuaded from making their photographs public.

If, in the current case, it was decided that the owner of the camera owns the intellectual property produced, this would encourage future photographers to both continue experimenting and to publish their work. This outcome would arguably enhance the likelihood of the production and distribution of interesting works, rather than undermining it.

Another possibility would be to look to the section on computer-generated works in the CDPA. This tells us that if a literary, dramatic, musical or artistic work is generated by a computer, the author is the person who makes the arrangements that are necessary for the work to be created. That might be the computer programmer, for example.

While the act says nothing about animal-generated works, it seems a plausible argument that the owner of the camera, who took his camera into the wild, allowed an animal to handle that camera, recovered the camera and downloaded the pictures, should legitimately be able to claim a copyright, rather than an entity which is unaware that it is exercising any creative function. In other words, animal-generated photography should be treated no differently to machine-generated photography.

This can be distinguished from circumstances where animals knowingly create art by painting or mark making, because there is no chance that the monkey, by accidentally pressing the button that produced the photo, has any understanding that it was creating anything.

On top of all this, any alterations made to the photographs after they were taken, such as filtering or cropping, demonstrate intellectual creation on the part of Slater. Edited versions of the photographs would have a separate copyright from that which may or may not apply to the original pictures.

So suggestions that a monkey owns the copyright of the pictures are nonsense under both UK and US law.

If the pictures placed on the internet by Wikimedia are “original” and unedited, the position of Slater under UK law is a little ambiguous but there are still sound existing public policy grounds for granting him ownership of the copyright, as any other outcome makes it less likely that photographs of this type will be made available to the public in future.

There is one final point that has perhaps been overlooked in the discussion to date though, which highlights an ongoing grey area in internet copyright disputes. UK and US copyright laws differ signally on some key issues. Slater is a UK citizen, and is presumably basing his claims to ownership on UK copyright law. Wikimedia is an American non-profit and charitable organisation headquartered in San Francisco, California, which appears to be making its case on the basis of US law.

So what may be at issue may not just be the disputed ownership of the copyright in a monkey selfie, but also the continuing willingness of US media organisations to seek to legitimise their international internet activities via a US-centric interpretation of copyright law, regardless of the rights granted to, and wishes of, authors and creators in other countries.

Andrew Charlesworth does not work for, consult to, own shares in or receive funding from any company or organisation that would benefit from this article, and has no relevant affiliations. 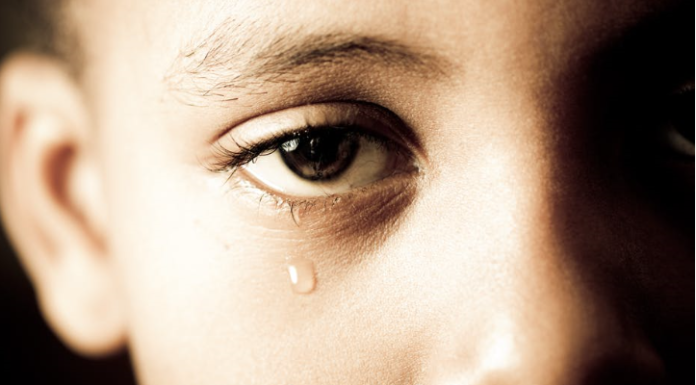 Small brands, big impact: why craft beer is top of the hops

Are we eating too much arsenic? We need better tests to know