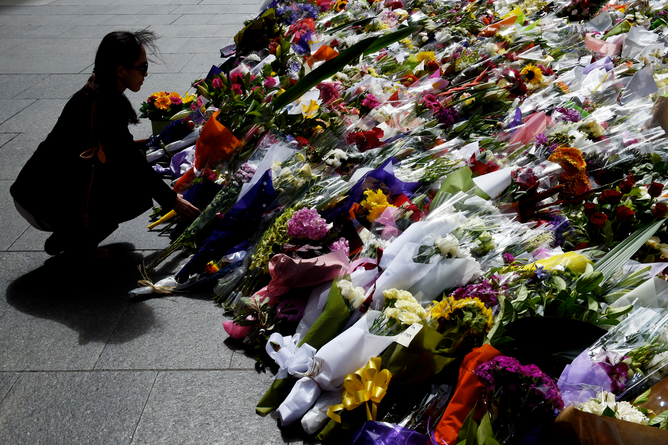 By Kim Felmingham, University of Tasmania

People in Sydney and the broader community are feeling shocked, anxious, and sad about the actions of a lone, unstable person that led to the tragic loss of lives in the siege early this week. But there’s light at the end of the tunnel: communities, like the people in them, are resilient and will recover naturally.

Distress in the community following trauma is very common. Between 30% and 50% of the population reported at least some symptoms of shock and anxiety in the days following the 2005 London bombing, and the terrorist attacks in the United States on September 11, 2001. This is not surprising: the fact that an unpredictable violent event can occur in a regular day-to-day environment challenges our sense of safety and enhances perception of risk.

Studies completed in the aftermath of the London bombings, the September 11 terrorist attacks, and the 1998 car bomb in County Omagh, Ireland (which caused 29 deaths and injured 220 others), suggest distress is common but communities are largely resilient. Anxiety reduces in the days and weeks following the event in the majority of people without the need for clinical intervention.

This research and others, including a study done after the 2002 Bali bombing, found the most important predictor of resilience and reduced distress following trauma is receiving social support from family and established support networks. Feeling like you’re a part of the community is also vital.

Such support involves talking about feelings and emotions with trusted others, but not critical incident debriefing. The latter is known to be ineffective at best, and may potentially interfere with natural recovery.

A minority will go on to develop psychological problems, most commonly post-traumatic stress disorder, depression and substance abuse. These can become chronic or debilitating, and will require treatment. A meta-analysis of research from New York, Oklahoma (after the 1995 bombing there), and London suggests between 12% and 16% of people will develop post-traumatic stress disorder in the year following the event.

Important predictors of risk in developing post-traumatic stress disorder involve proximity and type of exposure to the traumatic event, injury or loss, and previous psychological functioning. Those directly exposed to trauma such as the first responders on the scene (police, fire-fighters, or paramedics) or people who witness the event have higher rates of mental ill health.

People injured in the event or who lose close loved ones, and those already suffering from psychological problems or having intense emotional reactions during the event also have greater risk of developing post-traumatic stress disorder.

The media and, more recently, social media can play a strong role in communities’ recovery process. But they’re a double-edged sword. Social media, in particular, is a powerful, immediate, and wide-ranging tool for often disparate groups in the community to communicate vital information during, and bonding together in the aftermath of, a traumatic event.

Information dissemination is known to reduce distress in the community. Practical information about safe places, how to travel home, and how children are being kept safe in school are essential. Most people urgently want to find out whether their loved ones are safe during traumatic events.

The twitter campaign #Illridewithyou is an instance of a positive, adaptive use of social media as a pre-emptive response to protect vulnerable community members against discrimination. Created to support Muslims on public transport and tweeted over 120,000 times, the campaign significantly enhanced a sense of social cohesion that may well have a protective effect.

But media may also have potentially negative effects during traumatic events, particularly for children. Typically, during sieges such as the one in Sydney, 24-hour reporting creates media saturation with repeated images of traumatic events as they unfold.

Studies in the aftermath of the Oklahoma bombing reported no association with media exposure and distress in those not directly present. But other research studies and meta-analyses following September 11 have found a significant correlation between media exposure and distress. They found greater media monitoring was associated with poorer psychological adjustment and higher distress.

But it’s important to note that the directionality of the effects of media saturation remain unclear; we don’t yet know whether watching causes distress, or whether distressed people simply watch more. Nonetheless, it’s probably best to shelter children from disturbing images related to traumatic events as they may not understand the content they’re viewing, or its context. 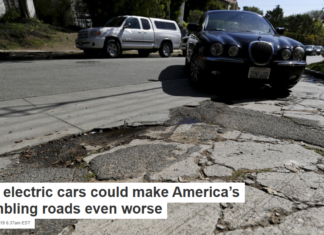 Staff Writer - February 25, 2019
Jay L. Zagorsky, Boston University U.S. roads and bridges are in abysmal shape – and that was before the recent winter storms made things even...