By Nooshin Erfani-Ghadimi, University of the Witwatersrand

Oscar Pistorius has been cleared of premeditated murder charges, but found guilty of culpable homicide – a crime for which he could face a possible 15 years behind bars. He has also been found guilty of firing a gun in a restaurant.

The possibility that presiding judge, Thokozile Masipa, may send the world-famous Paralympian to jail has roused many to ask about prison conditions in South Africa, and specifically how those with physical disabilities fare.

The short answer is: not good and not well. The department of correctional services has policies in place for dealing with physically disabled inmates. Policy and practice, however, are often poles apart. Unfortunately, prisoners with disabilities face the same inhumane conditions as other able-bodied inmates.

Human rights activists – including the Wits Justice Project – have protested the conditions in which South African prisoners are kept for many years, pointing to the many constitutional safeguards they violate.

South African prisons are overcrowded (on average 128% and in some prisons over 200%), which result in serious problems with violence and communicable diseases. Tuberculosis is the number one killer in South African prisons, as a result of poor ventilation and overcrowding. According to a report by the Judicial Inspectorate of Correctional Services, 110 of the 800 natural deaths in prison in 2011 and 2012 were caused by TB.

Although the Pistorius case has highlighted many deficiencies in the criminal justice system, it is important to understand that it nonetheless received more resources and expert input that the great majority of ordinary cases.

Or to put it another way: the Pistorius case is an anomaly. Other cases normally take much longer and both the victims and the accused face the strong probability of a miscarriage of justice. This is further exacerbated by the profound poverty in which many South Africans still live, which limits their ability to access justice.

For instance, Pistorius spent no time in remand detention at all, whereas the average time spent in prison by an arrestee before being brought to trial is three months – due largely to the length of time that the police take to verify the address of the detainee, in order for bail to be granted, and to investigate the case.

The best way to highlight these differences is to compare his case to that of another inmate with a disability, paraplegic Ronnie Fakude. Caroyln Raphaely, senior journalist with the Wits Justice Project, began covering Ronnie’s story in early 2013, in a story published by the South African Saturday Star and The Guardian. In it, Ronnie is quoted verbatim, describing his conditions as follows:

I’m a 50-year-old paraplegic and have been awaiting trial for more than two years since my arrest on fraud charges in December 2011. I can’t walk, I can’t control my bowel or bladder and have to wear disposable baby nappies which my family buy for me. I’m paralysed from level four and don’t have a wheelchair.

If I use my [crutches] I have to pull my legs and throw them to the front. That’s how I walk. Living here is very hard. We are 88 men in this cell which is meant for 32. Sometimes there are more. Twelve people sleep in two bunks pushed together, that’s six on the top and six on the bottom. I have my own bed on the bottom, which is a privilege. Luckily, I don’t have to share because of my medical status.

There are eight or 10 people with TB in this cell and four or five we know are HIV-positive. A guy with multi-drug resistant TB sleeps on top of me. I feel vulnerable all the time.

In the latest of the many follow-ups she published, Raphaely closely compares the Fakude and Pistorius cases, as well as that of Shrien Dewani, the murder suspect extradited to South African from the UK, concluding as follows:

The harsh truth is that those with money and privilege fare far better on the justice continuum than the poor or indigent from the moment of arrest, and this often starts with bail. Like Pistorius and Dewani, Fakude remains theoretically innocent until proven guilty. Unlike Pistorius, who was granted R1m [£56,000] bail and a subsequent relaxation of his bail conditions permitting him to travel and drink alcohol, Fakude never applied for bail because he believed he couldn’t afford it – his co-accused were granted bail of R15,000, a sum that was beyond his means.

Fakude has been released from remand, and has instead been “electronically tagged” to ensure his return to the court for his upcoming trial. It would be a further irony if the Pistorius team used the Fakude ruling as a precedent to argue for their client to take part in the electronic tagging programme, which has only recently been rolled out in South Africa.

Given what we know of the prison conditions in South Africa, it seems only fair that prisoners with physical disabilities should automatically be considered to be electronically tagged, allowing them to keep some dignity intact.

Nooshin Erfani-Ghadimi does not work for, consult to, own shares in or receive funding from any company or organisation that would benefit from this article, and has no relevant affiliations. 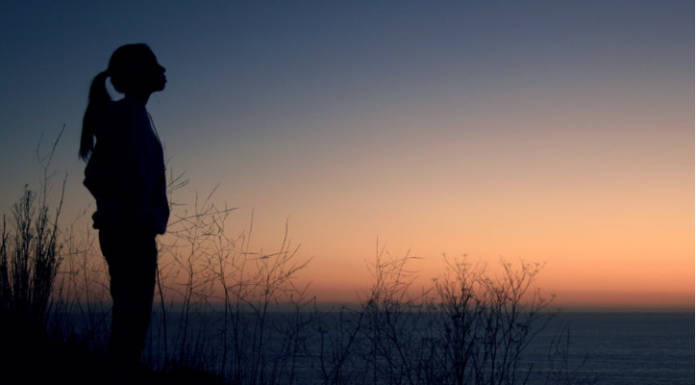 Artificial intelligence carries a huge upside. But potential harms need to be managed