While the reading wars in education have raged for decades, most people agree that literacy is crucial for children and that the path to strong reading and writing skills begins in the home. But focusing on poor children’s parents may actually be the real problem when trying to increase their success in school.

In a recent article in the New York Times, journalist Douglas Quenqua looked back 20 years to a “landmark education study which found that by the age of three, children from low-income families have heard 30m fewer words than more affluent children, putting them at an educational disadvantage before they even began school.” He detailed new research by Kathryn Hirsh-Pasek, professor of psychology at Temple University, challenging the importance of the quantity of words a child hears and emphasising the quality of language in each child’s home.

That “landmark study” refers to a 1995 study by American psychologists Betty Hart and Todd Risley. They concluded that the key to children’s language development is quantity of words they hear. And that an important way to evaluate early years child care is the amount of talk actually going on between children and their caregivers.

What the New York Times article fails to mention is that in 2009, education researchers Curt Dudley-Marling and Krista Lucas discredited Hart and Risley’s claims as being biased in favour of middle- and upper-class children. They showed that the study’s research design, limited population studied and biases reflected assumptions about the impoverished. Thus, Dudley-Marling and Lucas argued that Hart and Risley’s claims should not be generalised to the whole population.

Also absent in these debates is the recognition that whether we identify quality or quantity of vocabulary, we remain trapped in a “deficit perspective” of language. Deficit perspectives are those that identify a person or a condition by what is missing – in this case, parents talking to their children in a certain way. That deficit often reflects biases and stereotypes.

Hirsh-Pasek’s claims about the quality of words children hear complicate a simplified view of language as merely how many words a child knows. But the broader discussion remains trapped in a perspective of blaming impoverished children’s parents.

Ultimately, a shift in focus from the quantity of words a child hears to the quality of those words does not usher in a step-change in policy. This is because the myth persists that the flaws of impoverished parents are passed to their children – and so the impoverished continue to be blamed for their poverty. The deficit must be filled: first it was more words, now it is higher-quality words.

Neither approach turns our attention away from the victims of poverty and toward the social conditions creating it. This results in differences in language among social classes – often related to grammar or vocabulary – that reflect not failed people but an inequitable society.

Such debates simply allow cultural stereotypes to determine what research matters publicly and politically – and how. Whether we argue that impoverished parents fail to share the same number or quality of words with their children when compared to middle-class or affluent parents, we are still blaming those parents and not the social inequity driving poverty.

Giving children more or higher quality vocabulary teaching without addressing the roots of social and educational inequity exposes that simply embracing ongoing research is not enough in education. Without first setting aside our cultural biases, research fails us and our students.

What messages get through

In a recent article on The Conversation, Dennis Hayes lamented that a study in the UK shows education often fails to link practice to research. Back in 1947, American educator and former president of the National Council of Teachers of English, Lou LaBrant expressed a similar concern about the “considerable gap between the research … and the utilisation of that research in school programs and methods.”. This lack of research-driven practice in the classroom spans decades and stretches across national borders.

Psychology professor at Florida State University, K. Anders Ericsson has confronted this problem since journalist Malcolm Gladwell has misrepresented his research and made popular the misleading 10,000 hour rule – that greatness only comes by a defined amount of lengthy practice.

Ericsson has called for not allowing research to remain primarily in the hands of journalists: “At the very least [media coverage of research] should not contain factually incorrect statements and avoid reinforcing existing misconceptions in the popular media.”

As the ongoing concern for the literacy of impoverished children shows, research can be the problem and not the solution, if we view that research through the lens of stereotypes and assumptions.

Yes, we need to link research and practice in education, but we must do so while guarding against oversimplification and biases, especially those perpetuate deficit views of impoverished families and children.

Paul Thomas does not work for, consult to, own shares in or receive funding from any company or organisation that would benefit from this article, and has no relevant affiliations. 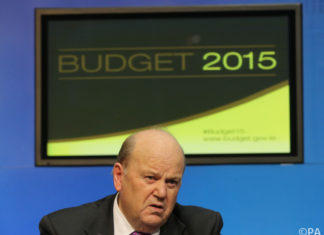