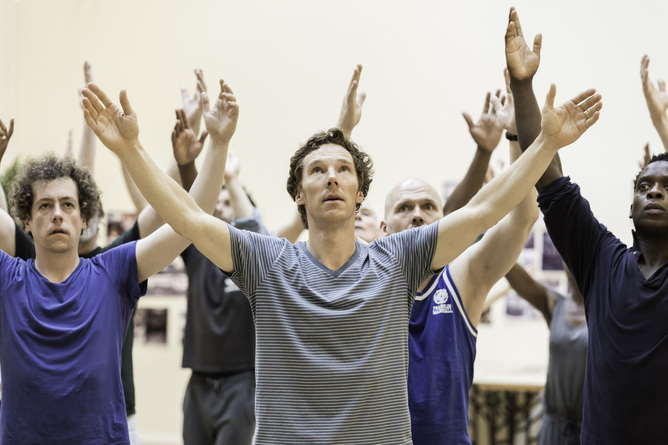 Benedict Cumberbatch has just embarked on what some will consider to be the defining moment of his career: stepping on to the London stage as Hamlet. For a long time, Hamlet and King Lear have been seen as acting bookends, the particular performances by which they are judged. So unsurprisingly, even though the press night isn’t for another few weeks, the reviews have already appeared. They’re mixed, to say the least: ranging from “electriying” to a “Nat King Cole cliché”.

Given that Cumberbatch has already taken the world by storm, his rendition is being watched with particularly beady eyes, both by those just keen to catch a glimpse of the Sherlock star and others more interested in assessing what his performance of Hamlet says about his acting abilities.

So Cumberbatch has an unenviable set of expectations to fulfil with this performance. He has to live up to all the hype from his fans. He has to prove himself a fantastic actor, which means he has to reinvent Hamlet – bring out unconsidered nuances in the character. And when the actor has the profile achieved by Benedict Cumberbatch – or, to think of only a handful of recent “star” actors in the role, David Tennant, Maxine Peake, or Jude Law – the question is how Hamlet will suit him (rather than how he will suit Hamlet).

This is made even more tricky considering that his persona is in danger of clouding the experience. The play sold out a year before opening. Will the pleasure of seeing a popular actor on stage somehow come between the audience and the play?

The character Hamlet is immediately recognisable in caricature: the man in black, holding a skull, talking to himself. The play is littered with familiar lines and phrases, a reliable quarry for audition pieces. It’s not unusual to hear a murmur of recognition for these during performances. Actors have sometimes felt the need to sneak up on the audience with “to be or not to be”, or that moment with the skull. And since Rosencrantz and Guildenstern are Dead enhanced their notoriety, the first appearance of Hamlet’s treacherous friends is often greeted with laughter.

So negotiating this play is, in a way, unlike any other. It’s a bit like visiting a stately home you’ve been to many times before, and finding that there was a room – or even a whole wing – you hadn’t known was there. And maybe, sometimes, realising that you haven’t been shown a room you had seen before.

And so every scene Hamlet appears in is fraught with choices for actor and director. Recognisable as he may seem, in many respects Hamlet remains an open question – rather, a series of them.

This, I think, is why has Hamlet became the career defining role it is today – because of the relentless questions that demand to be asked. Much of the play’s richness lies in the fact that these questions, although similar in kind to the decision-making that any theatre text calls for, are enmeshed with the identity of the central character himself. In a court that in many modern productions has a strong element of surveillance, with both human spies and in some cases closed-circuit cameras, Hamlet is a puzzle to those around him, trying to “pluck out the heart of his mystery”.

There is the “madness” question, that really comes down to how an actor-as-Hamlet is to devise an “antic disposition” to deflect the enquiries of those around him. The prince is himself an actor for much of the play. And there are many variations on the character’s relations with women: what exactly was his relationship with Ophelia, and what is his attitude towards Gertrude, the mother who has married the fratricidal usurper?

Since the middle of the last century Freud has haunted the second question: is Hamlet enraged at the king for fulfilling his own subconscious Oedipal desire to kill his father and bed his mother? The Ophelia question had already been formulated, at least in theatrical folklore, in simpler terms: have Hamlet and Ophelia slept together? (A veteran actor-manager’s reply was: “On tour, invariably”.)

The clue to the play’s perennial attraction for actors and audiences lies in these puzzles and opportunities for the title character, who can also be trenchant, witty and aggressive as well as “sweet”. In my own experience David Warner excelled at this on stage, and on film Richard Burton in the 1960s, Michael Pennington in the early 1980s and David Tennant in the present decade have achieved the same. But listen to John Gielgud’s 1948 radio performance of a part he had (for some critics and audiences) “made his own” and you will hear much of this incisive bite.

Sonia Friedman, one of the producers of the newest Hamlet, told the New York Times how she hoped the play would be received:

For those that have never seen Shakespeare, it will be really rock-and-roll, and really exciting, and that they’ll understand that Shakespeare is as easy to understand as a television show or a blockbuster movie.

I saw teenagers in the audience for David Tennant’s Hamlet in Stratford-upon-Avon start by focusing exclusively on the prince and then shift to being utterly engrossed in the play. I went to see David Warner at Stratford in Peter Hall’s fine production in 1966 because I had seen the actor in a film, Morgan, and that, so to speak, was the start of a beautiful friendship.

I’m sure the same magic will work for many fans of Benedict Cumberbatch.

Russell Jackson is Allardyce Nicoll Chair in Drama at University of Birmingham. 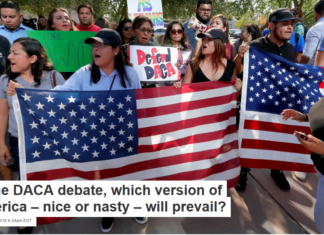 Staff Writer - February 13, 2018
Carrie Tirado Bramen, University at Buffalo, The State University of New York Toward the beginning of my new book “American Niceness: A Cultural History,” I...