In 2014, one rhino was killed every eight hours. That was in South Africa alone, where most of the world’s rhinos live. At this rate, rhino deaths may overtake births by 2016-2018, making the concept of the rhino’s extinction very real.

Spurred by this grim prospect, governments, businesses and governmental organizations have discussed a wide range of solutions to stop rhino poaching, the key driver of rhino mortality.

One proposal that recently generated a lot of interest is the manufacturing of synthetic rhino horn. The concept first reached the media limelight in 2012 when the company Rhinoceros Horn LLC launched a crowdfunding campaign to get the idea off the ground. While that campaign failed, the idea has recently been rekindled by Pembient, a US-based company that describes itself as “the De Beers of synthetic wildlife products.”

This bioengineering start-up plans to flood the market with synthetic 3D-printed rhino horns. The company hopes this will help save rhinos by making synthetic horns cheaper to purchase than the real thing.

Pembient is looking to develop synthetic rhino horns that not only are genetically similar but feel and smell like the real thing, so much so that consumers wouldn’t be able to tell the difference. To achieve this, the company has recently embarked on a crowdfunding effort to sequence the genome of the black rhino. Pembient hopes the first synthetic horns will hit the market about a year from now.

The question, though, remains: will it work? An examination of both consumer motivations and business models behind these types of ventures exposes some pitfalls.

The best available consumer research tells us that demand for rhino horn stems largely from the social status this perceived luxury product gives to its users, tied to the (erroneous) beliefs of its medical properties. How would synthetic rhino horn fit into this picture?

In terms of its luxury status, it is the rarity and high price of rhino horn that give it its allure. As such, it is unlikely that current consumers will turn to cheaper and commonly available options no matter how indistinguishable they may be to a lay audience, much the same way that the availability and lower price of cubic zirconia has not led to a crash of the diamond trade. Diamonds carry a social value that while arbitrary keeps consumers willing to pay large premiums. Thus it seems unlikely that a cheaper synthetic alternative may replace the original product in the minds of the wealthy consumers driving the demand for rhino horn.

As far as traditional medicine goes, the push for alternative products has been tried before. Take bear bile, for example. Used in Asia for centuries as a part of traditional medicine, the trade in bear bile flourished in the 1970s with the advent of “bear farming,” in which bile is obtained from live bears.

The number of bears required to fill these farms became a threat to Asian bear populations. As a result governments, NGOs and businesses have worked for decades to promote a wide range of plant, animal and synthetic substitutes. Yet, there is little sign of the practice disappearing, with a minimum of 12,000 bears still being kept in legal and illegal bear farms in Southeast Asia. Several reasons have been put forward for this, from the preference of consumers for wild products to the reluctance of practitioners to prescribe alternatives.

Taking all this into account, it seems unlikely that this synthetic rhino horn will have an impact on the demand for the real deal. However, the circulation of a synthetic product that so closely resembles the real product could easily become the worst nightmare of enforcement agencies worldwide, as authorities will have a hard time distinguishing between synthetic and illegally obtained rhino horn.

Another related issue is that by making synthetic rhino horn widely available, Pembient faces some perverse incentives to perpetuate the idea that it has indeed some medical properties. After all, the company’s bottom line depends on there being demand for rhino horn. This can undermine the work of conservation NGOs, traditional medicine practitioners and even governments, who have spent decades trying to break the link between rhino horn and traditional medicine.

Beyond any potential impact this initiative may or may not have, the entire business case for this enterprise is underlined by a broader moral issue. Is it ethical for a US-based company to profit from a product based on genetic material coming from several developing countries, without a clear form of compensation?

History is riddled with cases of fortunes being made by companies in the West that have developed commercial ventures based on plants or animals from some of the world’s poorest corners without any compensation, in what has become known as biopiracy. The rosy periwinkle, for example, a plant native only to Madagascar, was found to contain a chemical compound that is effective in treating several forms of cancer. Millions of dollars were made from the two drugs subsequently developed, yet no compensation was ever given to Madagascar. The list of similar cases goes on and includes the Neem tree, turmeric, basmati rice, Ayahuasca, Rooibos Tea, Quinine and Quinoa.

Rhino conservation is costly, with countries having to invest heavily in management and anti-poaching efforts. Yet rhinos are distributed across a number of developing countries with pressing needs around food security, health and education. It would be hypocritical for the international community to ban the trade in rhino horn, thus denying rhino range countries a source of revenue, while allowing private companies from elsewhere to profit from the trade in a product based on the rhino’s genetic material.

It is clear that conservation is much in need of entrepreneurship and people willing to think outside of the box – just the kind of thinking that the people behind efforts to make synthetic rhino horn have demonstrated. Yet, the context around the trade in rhino horn is very complex and simple solutions that sound too good to be true often are. 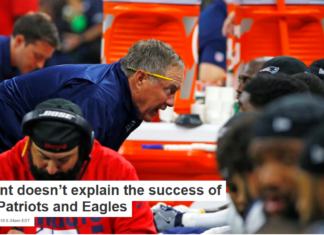 Why Mister Rogers’ message of love and kindness is good for...

Britain’s love affair with cheap food could be coming to an...

What would happen to the climate if we stopped emitting greenhouse...