On June 3, two days after President Trump announced that the United States would withdraw from the Paris climate accord, Indian Prime Minister Narendra Modi exchanged a hug with French President Emmanuel Macron during an official visit to Paris. Modi and Macron pledged to achieve emissions reductions beyond their nations’ commitments under the Paris Agreement, and Macron announced he will visit India later this year for a summit on solar power.

For observers who equate India’s energy production with a reliance on coal, this exchange came as a surprise. Modi’s internationally visible pledge would put India three years ahead of schedule to achieve its “Intended Nationally Determined Contribution” to the Paris climate agreement. Instead of shifting to 40 percent renewables by 2030, India now expects to surpass this goal by 2027.

As the United States retreats from international action on climate with a bewildering lurch toward coal, other countries are assuming leadership in the most far-reaching energy transformation since the beginning of the Industrial Revolution. China is cementing its role as a dominant producer of solar panels and wind turbines, and a number of European countries are continuing their slow move away from fossil fuels.

India, meanwhile, is emerging as a major market for renewable energy, laying out aggressive plans for investments in solar and wind. This shift is not about a starry-eyed prime minister seeking to garner international goodwill. It is the result of a fundamental energy and economic transition already underway, which India’s leadership has recognized.

Prime Minister Modi’s renewable energy agenda aims to increase India’s grid-tied renewable energy capacity from roughly 57 gigawatts in May 2017 to 175GW in 2022, with most of the increase coming through a major expansion in solar. India’s installed capacity for solar energy has tripled in the last three years to its current level of 12GW. It is expected to jump by more than 100GW over the next six years, and increase further to 175GW before 2030.

Coal currently provides nearly 60 percent of India’s of total installed electricity generating capacity of 330GW, but the government projects it will decline substantially as solar power ramps up. In May 2017 alone, the states of Gujarat, Odisha and Uttar Pradesh canceled thermal energy plants – that is, those powered by coal – with a combined capacity of nearly 14GW of power.

Price decline is perhaps the biggest reason India is shelving its plans for new coal-based power plants. Over the past 16 months, the cost of producing utility-scale solar electricity in India has fallen from 4.34 rupees per kilowatt-hour in January 2016 to 2.44 rupees (a little over 3 cents) in May 2017 – cheaper than coal. For the moment, large-scale solar and wind are roughly similar in price and lower than nuclear and fossil fuels.

Prices this low for utility-scale renewable power in emerging economies are unprecedented but also exciting. Only last year, when the Indian state of Rajasthan held an electricity solar power auction, energy analysts deemed one company’s bid to supply solar power for 4.34 rupees per kilowatt-hour too low, and possibly leading to project failure. But solar energy prices are still falling as a result of fierce competition, lower costs all along the supply chain and favorable interest rates.

Large, credible international companies such as SoftBank Group of Japan, Taiwan’s Foxconn Technology, and India’s Tata Power are jumping into this highly competitive market. And the shift is not just happening in India. Solar prices in Chile and the United Arab Emirates fell below 3 cents per kilowatt-hour in 2016. Indeed, where emerging economies are installing new power generation capacity, the economic argument in favor of renewables is strong and getting stronger.

Additional drivers of this revolution include the local and global pollution costs of extracting, transporting, refining and consuming fossil fuels. In opting for renewables, India and China are responding to widespread local protests against air and water pollution and the human health impacts of continued reliance on fossil fuels.

For poor countries, domestic solar power generation has another side benefit. It saves them foreign exchange by substituting solar energy for imports of oil, gas and coal.

Three conditions are critical for this structural shift to continue in India and globally: growth in energy demand, innovation to make electricity grids more reliable and adequate land for installing solar modules.

Per capita electricity use in India is among the lowest of the emerging economies. Therefore, it is likely that demand will continue to rise to meet increasing availability of electricity.

India’s national grid came into existence relatively recently in 2013 with the connection of its different regional grids. The grid must become more robust to cope with the range and intermittency of some forms of renewables-based power. One silver lining, however, is that high electricity demand periods in India for commercial activities and air conditioning occur during the day, when solar production is at its peak.

India’s high population density means that freeing up land for solar installations will require careful zoning and land use planning. National policy should require greater emphasis on land areas that are less critical for other productive uses or for biodiversity conservation and ecosystem management.

ISA is a treaty-based intergovernmental organization that already counts 123 countries as members. It is committed to increasing adoption of solar power production by sharing technological knowledge and by mobilizing $US1 trillion in financing from international development banks and the private sector by 2030. The Modi-Macron embrace extends far beyond France and India.

Broader adoption of renewable power production in emerging economies is not the only solution to climate change challenges. But it is a central plank in global strategies to manage climate change-related problems. Countries such as India, China, France and ISA members are demonstrating that a failure of U.S. leadership need not stand in the way of a renewables revolution. 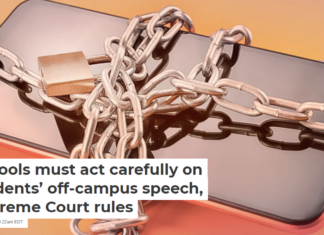 Meet the ocean creatures that use a mesh of mucus to...