By Arthur Waldron, University of Pennsylvania

Three decades of optimism about relations between China and the United States would appear now to be coming to an end.

Two major factors are causing this. One is the peculiarly unbalanced relationship of China’s economy to the rest of the world. The other is military tension, which began to rise as China’s military power and ambitions emerged more clearly in the last five years or so. These two elements seem to be rendering obsolete what was long a highly optimistic view of the future that guided American, as well as most world, policy.

Is this change a momentary chill? Or does it signal a new and unwelcome path ahead?

China’s unelected President Xi Jinping has publicly stated that conflict with the United States would be a disaster, as indeed it would -— for the two countries, the region, and the world.

China and America are deeply interdependent. Last year bilateral foreign trade totaled $562 billion. Much US government spending is financed by purchases of American treasury debt, of which China owns almost $1.3 trillion as of April of this year. A quarter of the 886,000 foreign students in the US during the 2013-14 academic year were from China. Many stay while other Chinese immigrate directly. Growth of the China-born population in the US is booming. An all time record 110,000 Americans now live in China.

Any change in this relationship would harm both countries. 43% of American government spending is borrowed. Without Chinese loans, US government operations would cease. On the other side, China’s trade surplus with the United States is approaching $300 billion per year and growing, which means her export-orientated economy is becoming ever more dependent on a single market.

Essentially each of the two countries is developing too much of a dependence on the other.

The US Congress has already obligated spending totaling roughly $127 trillion , all unfunded. Given that this figure is nearly eight times the total 2013 US GDP of almost $17 trillion, the fiscal situation is already grim and easy Chinese money only makes it worse.

By the same token, China cannot indefinitely make increasing exports the basis of her economic growth: world markets are too small. Eventually domestic rather than foreign demand must become her economic chief driver. Already the export-orientation of her economy has done damage to Chinese society, just as over-borrowing has drastically cut the value of the US dollar over the long run and undermined the stability of the entire US financial system.

Once uniformly poor, China now numbers perhaps two hundred US dollar billionaires (a conservative estimate) and over 2 million millionaires. At the same time, 772 million Chinese or 58% of the population lives on less than $4 per day; 157 million on less than $1.25 per day. Most of the poor live in rural areas lacking public education, medical care, and so forth. The rest are mostly numbered China’s 260 million migrant workers, living and working illegally in urban areas and earning, on an optimistic estimate, perhaps $150 per month under ghastly conditions.

These are quite different problems but both explosive. Nor can either be solved by the partner. Deficit spending is now taken for granted in the United States though it can lead only, to my mind, to a possibly catastrophic outcome. Likewise, China’s income distributions will not be corrected by any amount of sales to the United States and the world.

Physicians speak of “codependence” meaning the forming or maintaining of relationships that are one-sided, destructive, or abusive and thus harmful to both partners. From certain perspectives that is how the vaunted “interdependence” of the United States and China looks.

The military component in the worsening relationship

Economics, however, is not the primary force that is currently turning prospects for American-Chinese relations from fair to cloudy or worse. That force is military and political: first, China’s now massive and powerful military, and second, her claims to territories belonging now to other countries and declared willingness to use force to take control of them.

Since 2010 China has claimed exclusive sovereignty over what in Chinese is called the Nanyang or “South Sea” but in English is the “South China Sea” – 3.5 million square kilometers, a million more than the Mediterranean – and all islands, reefs, and so forth contained therein.

Since the 1970s China has used force to occupy islands also claimed by other countries, most notably Vietnam and now the Philippines. One of Manila’s territories, Mischief Reef, seized in 1994, is now the site of an elaborate Chinese military installation, just 250 kilometers west of the major Philippine island of Palawan. Another, Scarborough Shoal is now the site of a military standoff between the Chinese and Philippine navies.

Also dangerous is China’s insistence that the Senkaku islands now held by Japan are, in a vague but common Chinese phrase, 固有之疆域 guyou zhi jiangyu – roughly “Chinese territory since time immemorial” – has plunged relations between Tokyo and Beijing to new lows and is eliciting serious moves towards re-armament in Japan.

Disputed Territories
US Department of Defense

The same is true of Arunachal Pradesh, a far northeastern part of India that China claims in its entirety as “South
Tibet” and of which she has occupied one third since the war of 1962. India remains militarily weaker than China, but is making rapid advances, not least the testing of thermonuclear weapons in 1998. Washington sought to portray this action as aimed at Pakistan but the then Indian defense minister told this author that the signal was intended for China.

States neighboring China are understandably concerned, as is the United States, which has alliances with South Korea, Japan, and the Philippines, and legal obligations to maintain forces sufficient to defend Taiwan.

US representatives carefully say little or nothing about these issues. All are aware, however – and one hopes this includes China – that the regional future will depend above all on how this slowly smoldering but steadily spreading conflict is handled.

If the benefits of the current US-China relationship are to be maintained, then China will have to abandon many if not all the territorial claims she has already officially enunciated – or face conflict. Doing so would involve a substantial humiliation for a China whose leadership has increasingly invested itself in a vision of regional hegemony. Perhaps Beijing thought that the other states of Asia would yield peacefully, overawed by China’s strength. Perhaps she imagined that a declining United States would gradually withdraw from the region. Neither expectation seems to have been correct.

Rather, if China is genuinely to have and administer what she now has claimed, she is going to have to fight for it. But fighting would be a disaster for her that would undo all the economic gains of the last several decades. So which will she choose – war and territory, or peace and increasing prosperity? She cannot have both.

The choice would seem obvious, but we cannot be certain. Powerful domestic political incentives appear to fuel expansionism. Using foreign glory to distract the people from current grievances, is a strategy regularly employed throughout history. Nor, regrettably, is there much others can do to affect China’s ultimately domestic choices.

What can be said for certain is that the events of the last five years – roughly the period during which these territorial conflicts unexpectedly moved to center stage – have clearly demonstrated is that any economic relationship with the United States, not to mention other countries, will be doomed if China aggresses against her neighbors. To know the future, it turns out, we will need not so much the calculators of the economists, as the territorial maps and military assessments of strategic analysts. 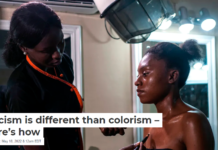 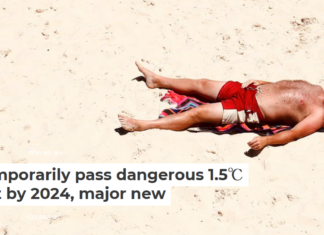 Cellphone data shows that people navigate by keeping their destinations in...