Russia’s currency is in free fall. Since mid-year, the incredible shrinking ruble has lost close to half its value, and it is anyone’s guess how much further it might go. Whatever happens, the geopolitical consequences could be considerable.

The reasons for the ruble’s travails are well known. One is the collapse of global energy prices, brought on by sluggish demand and increased supply. In six months, oil has dropped from above $100 a barrel to under $60 – a serious hit for a country that relies on hydrocarbons for more than half its federal budget and some two-thirds of its exports.

And a second reason is the barrage of economic sanctions imposed on Russia since its seizure of Crimea. Sanctions have made it virtually impossible for Russian firms to borrow abroad or even to conduct normal day-to-day operations. Before winter’s first snows, it is already clear that Russia is heading into recession in 2015, even as inflation is pushed up by the ruble’s fall, making imports more expensive. Economists have a word for it: stagflation.

Stagflation, in turn, can only make the ruble’s troubles worse. As inflation accelerates, eroding domestic purchasing power, Russians have every reason to flee from their currency. Some are already using their rubles to buy durable goods, like cars or washing machines that are more likely to retain value, while others seek refuge in a favored foreign currency like the dollar or euro. According to a joke now making the rounds in Moscow, the question is posed: “If you could change anything about your past, what would it be?” The answer: “rubles.”

The ruble has lost half its value in recent months even as the Central Bank has spent billions of dollars and hiked interest rates to stem the decline.
Reuters

Likewise, as recession sets in, debt becomes more difficult to service, giving international investors an incentive to flee as well. As recently as 1998, Moscow defaulted on a portion of its public debt. Another “haircut” for creditors is a distinct possibility. Currently, Russian banks and corporations are on the hook for more than $600 billion in foreign currency borrowing, of which some $115 billion is due in 2015 alone. Yet with Western sanctions in place, the option of refinancing is virtually impossible. Not surprisingly, therefore, capital flight is rising. The International Monetary Fund estimated in October that some $100 billion could leave Russia by the end of the year, with more to follow next year.

How to turn the tide?

Can the tide be turned? Some observers point to Russia’s enormous foreign exchange reserves, which at the start of 2014 amounted to close to one-half trillion dollars. But there is less here than meets the eye. Up to $170 billion of the Kremlin’s war chest sits in two big sovereign wealth funds, whose assets are largely illiquid. Worse, interventions to date, exceeding $80 billion, have proved largely futile. In his annual press conference last Thursday, President Vladimir Putin largely threw in the towel, insisting that Russia should not “waste” any more reserves trying to protect the ruble.

Instead, the central bank has been forced to push up interest rates in an effort to make the ruble more attractive – most recently less than a fortnight ago, when in a dramatic midnight move the bank marked rates up by a massive 6.5 percentage points, to 17%. But this served mainly to increase the sense of panic over the currency’s value. Higher interest rates will only make the economic downturn worse, providing even more incentive for escaping the ruble.

Few choices remain. Kremlin spokesmen deny any intention to impose capital controls. Instead, policy makers seem resigned to a bleak future of adversity and struggle. “The economy will adjust,” declared President Putin in his news conference. “It doesn’t matter – the economy will restructure. The question is how quickly the adjustment will happen.” Patience, he said, is needed.

But will the Russian public be so forbearing? For years, high oil prices meant rising living standards for the country’s elite and middle class. Will a prolonged downturn now be quietly accepted? If not, President Putin’s hand may be forced whether he likes it or not. Two broad strategic options are possible, each with critical implications for the outside world.

One option would be to seek a new rapprochement with Europe and the United States in hopes of reversing the sanctions that are making life so painful for Russian enterprise. At a minimum, this would mean coming to terms over the future of Ukraine. More generally, it would mean a renewed commitment to cooperation with the West across a wide range of issues, from nuclear disarmament to the civil war in Syria. But can anyone seriously expect the combative Vladimir Putin to suddenly change his stripes? The odds are low.

Much more likely is an even harder line toward the West, using nationalist rhetoric to deflect attention from his sinking economy. Hints of that approach were already evident in the President’s press conference, where blame was placed entirely on external factors – most important, the West’s alleged efforts to “chain the bear.” Russia’s European and US “partners,” he claimed, insist on “building new walls despite us saying we wanted to work together.” The more the ruble shrinks, the tougher Putin’s tone is likely to become. 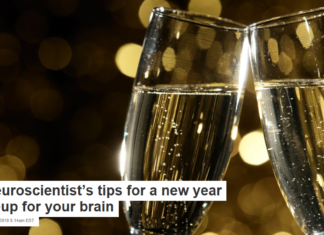 Militarization has fostered a policing culture that sets up protesters as...