In early 2014, President Obama accepted the resignation of Veterans Affairs (VA) Secretary Eric Shinseki. A retired general and a decorated combat veteran, Shinseki had been appointed with great fanfare to the post in 2009. Five years later, he resigned amid reports of scandalously long waits for medical service by veterans.

An interim report by the VA’s inspector general found VA supervisors had instructed clerks on how to falsify reports about wait time in a misguided effort to meet goals that they had been instructed to set. The supervisors may have had solid technical skills in health and medicine, but they lacked the people or organizational skills needed to set realistic goals and make sure those goals were achieved.

The result: Shinseki departed in disgrace.

The Shinseki case underscores a key issue in management – that technical achievement or even competence does not always make for great leadership. Technically competent leaders may set outstanding goals; unfortunately, in this case, these also proved to be unachievable ones.

At a time when leadership is needed in all sectors of society, particularly in the political realm, we should examine what research tells us about requirements for effective leadership.

Not enough great leaders in the federal government

In a Gallup Business Journal article, Mike Mears, a former CIA executive, describes how the federal government has great leaders, but not enough of them, and particularly not enough in the supervisory ranks. He explains that this is the “critical edge where management meets employee.“ He notes that when he asks government agency leaders whether they would select a candidate known to be a bad leader with great technical skills or an exemplary leader without the requisite technical skills, they sheepishly say they would pick the bad leader.

I recently completed a study for the Law and Policy program at Northeastern University that surveyed US government employees as to how they perceived 28 leader behaviors on a 1-5 Likert Scale. I asked the respondents to consider how these behaviors would affect their own performance and morale. Two of the questions inquired about leader technical competence.

A histogram of the responses resembles the typical normal curve, with a peak at the center of the Likert Scale on the question of performance (see Figure 1), and leans toward the adverse end for perception of effect on their morale.

Figure 1. Histogram on US Government perception of leader technical competence.

I drew two initial conclusions from these findings relative to hiring and educating leaders: first, leadership skills are far more important in improving performance and morale than technical skills, and second, employees generally perceive leader technical competence as irrelevant to performance and adverse to their morale.

I wondered why employees view technical capabilities as essentially irrelevant to job satisfaction and work performance. I found two studies that helped explain my results. Zakaria and Taiwo (2013) focused on a number of skills including people (or leadership) skills and technical skills. Their research found that improved team performance correlated more with people skills rather than with a leader’s technical capabilities.

This leads to my other conclusion: some technical skills are necessary as a source of credibility and a means to relate to employees.

Why leadership skills are so much more important than technical skills

Here are two of the eleven behaviors, one viewed very helpful and the other viewed as very adverse. The first led to the VA scandal and the second could have prevented it.

The need to de-emphasize technical competence from required leader skills may seem counterintuitive, but as Voltaire once said, “common sense is not so common.”

David Marquet’s story: from worst to first in the US Navy

There is a wealth of anecdotal evidence on why refocusing from technical to people skills can be so powerful. David Marquet, a former nuclear submarine captain, provides one example in his 2012 book, Turn the Ship Around!, which detailed how he turned one of the worst submarines in the US fleet into one of the best. Marquet describes how the US Navy spent months on technical training for its most advanced US nuclear submarine. When the captain of the USS Santa Fe retired, the US Navy assigned Marquet to be his replacement.

The nuclear submarine had outdated technology for which he had no training and boasted the worst performance record in the US fleet. Poor morale and low performance plagued the ship’s crew. The fact that the new captain lacked this technical competency forced him to depend on his crew and encourage them to work on their own. His role changed from leading a ship to leading a ship’s crew. Marquet’s crew came to depend on him for leadership and team-building rather than technical competence.

The USS Santa Fe quickly rose from the worst-performing nuclear submarine to one of the best in the US Navy.

Establishing achievable goals may seem obvious to the mediocre leader, but not to the technically competent bad leader, who believes that he or she is pushing for excellence when, in fact, a pink slip will be a more likely outcome.

Public policy should take these finding into account. Human resource organizations like the US Office of Personnel Management need to emphasize leadership skills over technical ones in leadership candidate pools. Those doing the hiring need to reject the notion that candidates with a lot of experience in their area will always make a good leader or that leadership can be learned “on the job.”

This small shift in approach may produce more leaders like Marquet and avoid debacles like that at the VA. 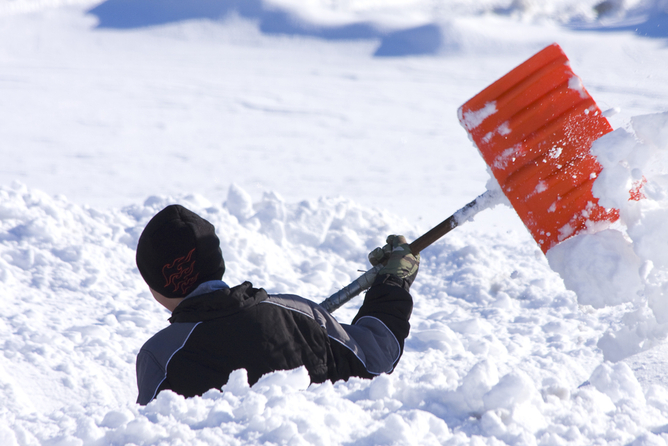 Staff Writer - March 13, 2015
By Jack Goodman, University of Toronto Parts of the northeastern United States are still digging out after a blizzard. And more snow is on the...