Despite our interconnectedness through radio, television and the internet, the coverage of arts and cultural activities in Australia is viewed from a very close focus. This corrupts our understanding of the adjectives “Australian” and “national” when used in the context of contemporary art in Australia.

Many of our media agencies have a national remit, such as the broadcast media ABC and SBS, and print media newspapers, journals and magazines, but most have only a cursory interest in activities outside the Sydney, Melbourne and – more recently Brisbane – axis.

Rebecca Baumann, Improvised Smoke Device Performance, a Primavera offsite project at the Museum of Contemporary Art. All the artworks depicted in this article are by Western Australian artists.
MCA/Undiscovered Symposium

Who left out the west?

Admittedly the ABC and ScreenWest have just produced an excellent series of short documentaries on Western Australian (WA) artists called Art XWest and The Australian newspaper covers activities in WA through published articles by Vicki Laurie and a small group of reviewers (including myself).

In terms of the activity across all areas of engagement within the arts the coverage is, at best, superficial.

On Monday, art historians and scholars will grapple with these issues at The Undiscovered, a symposium on Western Australian art in Perth.

Since the 1970s, there has been a great deal of debate about the nature of Australia’s relationship to world culture and the perceived “provincialism problem” described in 1974 by art critic Terry Smith. As a result, Australia has often been positioned – and identified itself – at the periphery as a marginalised community defined by its relationship to the centres of world art.

It is within this dependency model of cultural production that non-Indigenous Australian visual culture has been previously defined as either a pale imitation of imported models or as a series of unique variations inflected with an “Australian accent”.

Seen within this model, Western Australian art practice is further marginalised – peripheral to the periphery – and dislocated from both Australian and world centres of art production. More than 20 years ago art historians Ian Burn, Nigel Lendon, Charles Merewether and Ann Stephen challenged this view in their important 1989 book, The Necessity of Australian Art in which they stated that:

They proposed an examination of the “relation between the national forms or traditions and the ‘international’ form of the art market” and a revaluation of local traditions and practices, arguing that within this framework of uneven exchange the cultural value of regional practice is denied. Burn and his colleagues called for a:

revaluation of local traditions and practices, in particular a revaluation of the distortions and different understandings, overlaid upon a historically-specific social environment.

Although they were focusing on Australia within an international context, by adopting their lens it is clear that the visual culture of Western Australia documents a local response to international and national issues that, by its very presence, not only contributes to the larger history of Australian visual culture, but also offers a distinctive perspective to that narrative.

For Aboriginal artists, it is often a process of strengthening culture through reflection and re-imagination; for non-Indigenous artists it can be a mechanism for establishing a sense of belonging, and both groups are now connected internationally through digital networks.

This connectedness provides both camaraderie and also a sense of liberation and independence.

The West has a deserved reputation as a hedonistic environment, but it is also harsh, unique and bio-diverse. The extraordinary landscape and ecology demands a response and artists find ways to inflect received knowledge with their experiences of living here.

But the exclusion of Western Australian artists from publications surveying national trends or activity denies that experience. All history, as pioneering cultural theorist Raymond Williams suggests, involves a “selective tradition” that requires acknowledgement of the process of selection to determine how those decisions are made.

Whether in the wider sphere of Australian art in its relation with international practice or seen solely within Australia, the selective tradition, if not constantly examined, can skew interpretation. It can mystify and obscure the complexities of these relationships and the contributions of those on the periphery.

A brief scan of the major publications over the past half-century claiming to be a history of Australian art reinforces the slippages, omissions and exclusions.

In the 21st century, in a period of instantaneous global communications, with access to information on an unprecedented scale and with the hindsight of decades of musings on our cultural life, when we say “Australian” or invoke the epithet “national” it must be used with accuracy to embrace what is happening in all states and territories, in major cities and remote communities.
The Undiscovered: A National Symposium on Western Australian Art takes place on October 20. Details here.

Ted Snell does not work for, consult to, own shares in or receive funding from any company or organisation that would benefit from this article, and has no relevant affiliations. 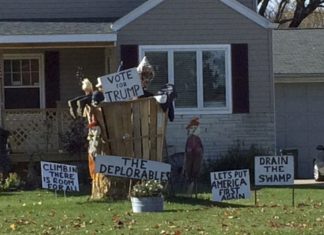 American Muslim women are finding a unique religious space at a...