By Eric Shaw, University of Stirling

Ed Miliband has kicked off the 2015 election campaign with a new strategy. He’ll be shunning glossy advertising to meet people at their doors. But it’s already clear that he will have to fight to be heard at all – his big speech was disrupted from start to finish by counter-attacks from the Conservatives.

Even if he can avoid having his voice drowned out by his opponents as the campaign heats up and even if he comes up with some bold policy ideas, he still faces a serious image problem.

Coming to a street near you

Miliband’s speech to open election season on January 5 signalled an important shift in Labour’s thinking about campaign organisation. The vote will be won, he claimed, not through expensive advertising campaigns but by holding millions of conversations “in village halls, community centres, workplaces”. The big parties need to re-engage with voters by talking directly to them. To achieve this, Labour has moved resources from paid advertising and mail shots to recruiting organisers.

This strategy acknowledges a big problem for Labour. It cannot hope to compete with the Tories in terms of raising the finance to fund extensive marketing, advertising and other paid forms of political campaigning. It also reflects a revival of confidence in traditional campaign tactics.

In fact political researchers have been arguing for some time that the campaign on the ground really matters. Winning an election is not just about airtime or press coverage. This message was reinforced by political consultants who worked on Barack Obama’s presidential campaigns. In 2012, for example, thousands of volunteers were spread across 100 offices in nearly every state in order to keep work going at the grassroots level.

Then, the Yes campaign’s extraordinary success in mobilising mass support and energising the public ahead of the Scottish independence referendum showed how powerful grass-roots work can be. It resulted in an historically unprecedented level of electoral participation, even if the vote was ultimately lost.

What’s on the menu?

In terms of content, the NHS will of course feature heavily in Labour’s campaign strategy – though it fell far short of dominating the speech, as many commentators claimed.

Miliband’s speech also saw him revive a type of campaign rhetoric that has not been heard from Labour for decades. He counterposed the “powerful interests” and the very wealthy with ordinary “working people” who are confronted with falling living standards and unequal opportunities. These powerful interests – notably banks and energy companies – would be held to account if Miliband is voted into power. Gone, it appears, is the slavish devotion to the great business and financial magnates that so typified New Labour under Tony Blair.

After his unfortunate appearance at the Labour party conference, Miliband made sure not to forget to talk about immigration this time. He mainly confined himself to a reiteration of existing policy, though. Benefits should be earned before claimed and (unspecified) rules will be introduced to prevent businesses from exploiting migrant labour by undercutting their pay. But he is wise enough to realise that whatever and however much he says about immigration, the issue is inevitably a vote-loser for Labour. The best he can do is mitigate the scale of the losses.

Nor did he forget the deficit. The Tory narrative on this issue has permeated both popular and informed thinking so, as Labour MP Peter Hain has pointed out, the opposition has had to commit to a tough fiscal stance “simply to get a hearing”.

Labour is seen as having been cornered into taking a tough stance. In fact, according to the Institute for Fiscal Studies, Labour has been the most cautious of the three main parties when it comes to fiscal matters.

Labour, Miliband now promised, would deal with the deficit “responsibly” by cutting it year by year and balancing the books “as soon as possible in the next parliament”. This means, Miliband acknowledged, that spending would fall in unprotected areas. He also insisted that none of Labour’s manifesto proposals would be funded by additional borrowing. But he did not specify how these fiscal goals would be met, aside from some nebulous references to doing “more with less” and delivering services in more “innovative and more cost-effective ways”.

Regardless of what is on his agenda for the election campaign, Miliband’s ultimate problem is, sadly, himself. Anyone who doubts the power of the press should consider how this intelligent, thoughtful and essentially decent man – albeit one with modest communicative skills and powers of self-projection – has come to be seen by so many as an object of derision, mockery and contempt.

And, more pressingly, in this election year what on earth can Labour’s leader do about it? 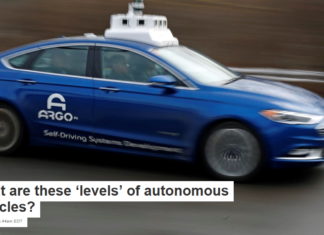 Staff Writer - May 23, 2018
Huei Peng, University of Michigan As automated and autonomous vehicles become more common on U.S. roads, it’s worth a look at what these machines can...