The Chinese property market that has powered the country’s rapid economic growth for a decade and a half has suffered a contraction. This seems to confirm a popular pessimistic outlook that China’s property bubble is set to burst and will drag down the country’s economy.

But unlike the US housing crash that triggered the global financial crisis, this property downturn has been engineered at least in part by the Chinese government. It has been eager to rein in housing prices and restructure the economy for more sustainable growth. So it is as much a controlled adjustment as a market correction.

The latest government data confirms the contraction. New property developments that were started between January and August 2014 were down 10.5% on the same period last year and sales of new properties fell 8.9%. Likewise, growth of investments in property development slowed to 13.2% from 19.3% in 2013.

The housing market, accounting for 88% of sales by gross floor area, receives most attention. The current fall in prices is unprecedented. Sixty-eight of the 70 big cities where house prices are monitored by the government recorded price falls in August 2014. This compares to only one city recording a fall in August 2013. Meanwhile, unsold new housing in August 2014 was up 26.9% from August 2013. The city of Ordos in Mongolia, previously known for its wealth from coal mining, is now referred to as a “ghost town” due to a large amount of vacant properties.

Less known is the oversupply of commercial properties. Unsold new retail space climbed to 107.8m m2 in August 2014, up 25.7% from a year ago. In some second and third-tier cities where demand is largely satisfied, many office towers continue to be built.

When the bubble bursts

The property downturn coincides with an unprecedented economic slowdown not seen for 15 years, with GDP growth rate falling from 10.2% in 2011 to 7.4% in the first half of 2014. The property and construction industries accounted for 5.85% and 6.85% respectively of total GDP in 2013 and they affect the outputs of many other industries such as steel, cement and electrical appliances.

For local governments, this downturn lowers their income from land sales and taxes from property development and transactions. This revenue is important for financing their prestige infrastructure projects, such as roads, subway systems, bridges and airports. It also provides collateral for local government borrowing.

A chance to restructure

The property downturn is not an entirely bad thing for the Chinese government, however, which is looking to change the country’s economic growth from an investment-led model to a more sustainable consumption-led one. The government has accepted medium to fast growth rates of about 7% to 8% as the new normal and focused on quality of growth and the environment. In particular, it has been seeking to rein in rapid housing price inflation since 2005 through macro controls, a collection of administrative measures and monetary and fiscal policies to dampen demand and encourage supply.

The current slowdown is partly a result of tight money policies on property investment implemented from 2010, which has decreased the willingness and capacity of commercial banks to lend to developers and property buyers. And from 2013, a new approach to property market regulation has been adopted to give the market greater influence and more decision making by local governments when it comes to regulation.

When housing prices started to fall in second and third-tier cities from late 2013, the central government signalled its intention not to provide the easy credit that bailed out the falling property market in 2008. Instead, it has resorted to mini-stimulus packages that target sectors important to help maintain growth at the new normal rate and facilitate economic restructuring.

It is not likely that this property downturn will lead to a sharper slowdown of economic growth, as some fear. On the one hand, there are trillions of yuan lying idle in state-owned banks because the central bank has imposed a high reserve ratio, which is currently 20%. Even a 0.5% drop in this requirement will release about 500 billion yuan (US$80 billion) to the market.

On the other hand, phasing out of restrictions and releasing mini-stimulus packages can revive demand for housing. Local governments have been lifting purchase restrictions, imposed in 47 major cities from 2010 to curb housing demand. There was previously a requirement to pay a 50% down payment on second home mortgages, which has been scrapped. And the definition of first-time buyers has been changed to include anyone who has paid off outstanding mortgages as well as those looking to get on to the ladder for the first time. This has substantially increased the number of buyers who qualify for mortgages at favourable terms. The central bank has also provided a guide for commercial banks to offer mortgages at a 30% discount of the official interest rate to first-time buyers.

In the medium term, the “new-type” urbanisation scheme, which aims to relocate 100m people to urban areas by 2020, will unleash massive demands for all types of properties. So a dive of the property market to the bottom in the short or medium-term is unlikely. Rather, there will only be a moderate contraction, with a limited fall in housing prices.

Nevertheless, millions of households will be disappointed that the long-awaited price fall does not materialise, making it difficult for them to get on to and climb the housing ladder. The wealth gap among urban households, already wide, is going to become wider.

For those priced out of the market, the government has prepared alternative, affordable and social housing. In 2011, it set an ambitious plan to build 36m units of affordable and social housing. The building of 30m has already begun and are 20m completed. With this huge housing safety net, the government is confident enough to leave housing prices to the interaction of demand and supply.

J Albert Cao does not work for, consult to, own shares in or receive funding from any company or organisation that would benefit from this article, and has no relevant affiliations. 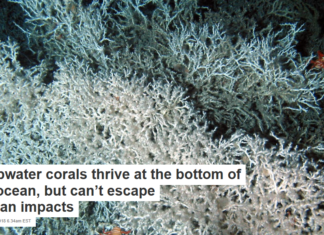