There are many high-achieving, low-income students who are well qualified for admission to the nation’s top public colleges and universities. The problem is admission officers appear to spend little time trying to find them.

That much has been made clear by ongoing research into where universities go to recruit students.

The research – by higher education scholar Ozan Jaquette and data scientist Crystal Han, both of UCLA – shows that admission officers at public universities are going after wealthy students from other states who will pay higher tuition. This strategy, in turn, helps those universities make up for a precipitous decline in state revenue that took place during the last 20 years.

Their study examined where admissions officers at 15 major public research universities traveled to recruit students. They found that the average family income was US$40,000 higher at the high schools they visited than at the ones they skipped in the same state or region. That bias toward affluent communities indicates a “systematic socioeconomic and/or racial bias in the enrollment priorities of many public research universities,” Jaquette and Han concluded.

While the UCLA study focused on public research universities, the leaders of private colleges face this same challenge nearly every day. I know this because as a former enrollment manager at a private university, my job constantly demanded that I meet similar challenges and contradictory goals.

My colleagues and I were always trying to increase the academic quality of admitted students. At the same time, we strove to diversify the student body and maximize net revenue. It is really difficult to meet all three of these goals.

Also, because high schools in lower-income areas tend not to offer as many challenging courses as schools in wealthier communities, these students will typically have lower test scores. At least on paper, this makes the academic strengths of incoming students look weaker.

I know a colleague who had been asked to recruit talented lower-income kids without offering more financial aid than last year. He calls being tasked with these contradictory goals an “unfunded mandate” – when an authority asks you to get something done because it is the right thing to do, without giving you the resources you need to do it.

Why, when university presidents stress diversity and the critical role universities play as pathways to upward social mobility, do admission officers turn around and visit out-of-state schools where families are more well-off than at the schools they don’t visit? Is this purposeful discrimination? Is it some conspiracy to shut out students whose families don’t have enough money to pay most or all of the out-of-state tuition?

No. The plain fact is that universities need money to operate. When state funding declines, increasing tuition revenue is the most common remedy.

During the same period, the money raised through tuition at those institutions increased from $213 million to $501 million. Much of this growth can be explained by the increase in the average out-of-state enrollment during those years – from 19% of the entering class to 26%. Further, for every 10% decline in state funding, there was an average increase of 4.6% in out-of-state freshmen.

Separately, a book by economist Nathan Grawe, “Demographics and the Demand for Higher Education,” shows a precipitous overall decline in the number of high school graduates from 2025 through 2032.

With black and Hispanic families having incomes that are almost 50% lower than white and Asian households, colleges and universities will find it increasingly tough to meet their revenue goals by finding enough students who can pay all or most of their tuition.

Without new government funding to provide increased access to low-income students, realigned funding priorities at colleges and universities themselves, and a massive campaign to discover talented students from low- and low-middle income families, I believe public universities are likely to continue to aggressively recruit wealthier students in nearby states.

Aside from intense lobbying for more state support, public universities (and private institutions for that matter) can change practices to become more accessible to students from families of lesser means.

For example, U.S. public universities tripled the amount of money that they devoted to scholarships for students whose families could afford to pay the price of tuition without a discount between 2001 and 2017. If colleges and universities would transfer some of that money to need-based aid, and recruit in low-income areas to find promising students, it could make a big difference.

From my experience, colleges will say they need so-called “merit aid” to compete for high-achieving, affluent students. That may well be. But unless colleges change their ways, they will find that increased competition for students who can pay will result in higher discounts for them. This will lead to declining support for students who can’t otherwise afford to attend, taking a toll on diversity.

Certainly for societal reasons, but equally as important, to fuel our economy with educated workers, colleges and universities must shift priorities and make more aid available to admit low- and middle-income students. Meanwhile, state and federal resources must be realigned to invest in this country’s future. This means educating anyone with the talent and the drive to succeed, regardless of their socioeconomic background. 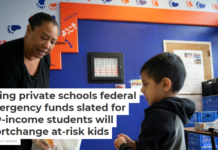 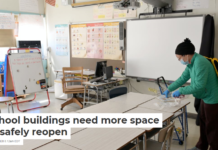 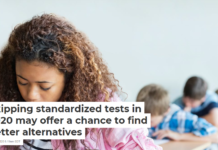 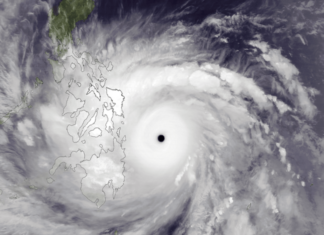 Staff Writer - June 1, 2015
Wei Mei, University of California, San Diego Every year, typhoons over the western North Pacific – the equivalent to hurricanes in the North Atlantic –...