Your choice of coffee can make a difference for birds in tropical parts of the world — and biodiversity overall. In a study on coffee plantations in Africa, we found that coffee farms with shade trees are best for birds and that these tropical birds likely provide important environmental and economic benefits to farmers.

Earnings related to the coffee trade were an estimated US$173 billion in 2012, making coffee one of the most valuable commodities. And for many tropical countries, it is the largest export. Coffee is grown on 24.8 million acres, mainly in tropical forest ecosystems, some of the most biologically rich terrestrial ecosystem on Earth.

Agriculture makes up 38% of global land cover, which means farms are critical areas for wildlife conservation. Agroforestry – a technique that combines crops with a mixture of trees and shrubs – is particularly important for biodiversity conservation. Shade coffee farming, where the crop is grown under a tree canopy, is one of the most biodiversity-friendly agricultural habitats and harbors high bird diversity.

Unfortunately, certified sustainable coffee is only about 8% of the global coffee market. The vast majority of coffee is produced in monoculture farms with few or no shade trees, which harbor minimal biodiversity and are a cause of rainforest deforestation. Additionally, intensive-sun coffee farms can face pollination and pest problems, increasing reliance on pesticides and further perpetuating ecological degradation.

Going to the source: Ethiopia

We monitor birds because they reflect the overall health of ecosystems. Since they are specialized, have key ecological functions and are susceptible to disturbances, their declines can affect ecological processes, including insect regulation, seed dispersal, and pollination.

Forest birds are declining around the world, primarily because deforestation is destroying their habitat. Currently, 14% of the world’s bird species are threatened or near threatened with extinction and most of these birds live in tropical forests.

Coffea arabica makes up two-thirds of the world’s coffee market and is native to southwestern Ethiopia, where it has been cultivated for over 1,000 years. The agricultural industry accounts for 80% of employment in Ethiopia and coffee is the primary export crop. Here, there are different types of coffee cultivation, including near-wild coffee grown in forests, shade coffee farms with native tree canopies and monoculture sun coffee plantations. Although Ethiopia has a long history of shade coffee farming, it is following the global trend towards sun coffee monoculture.

We sampled the bird communities by using fine nets strung between bamboo poles. When birds fly into the nets, they fall gently into one of several pockets. Within 30 minutes we remove, identify, measure, tag and release them unharmed. Using this technique, we were able to evaluate species richness, diversity and bird community structure.

Forest sites did have a much higher relative abundance of forest specialist species. Nonetheless, our study documents the only known location where all forest understory bird species recorded in nearby forest were also recorded on shade coffee farms. These results position Ethiopian shade coffee as likely the most “bird-friendly” in the world.

For example, a study in Jamaica concluded that insect-eating birds benefited coffee farmers by $125 per acre per year by controlling pests. Our results show that shade coffee farms in Ethiopia harbor a diverse and abundant insect-eating bird community that may provide similar ecosystem services.

With a per-capita GDP of $505, Ethiopia is one of the most impoverished nations on Earth. Such ecosystem services could vastly improve the livelihoods of small-scale farmers.

More importantly, certifying, publicizing and marketing Ethiopian coffee as “shade-grown” and “bird friendly” has the potential to increase the incomes of local coffee farmers, providing a disincentive to convert shade coffee farms into sun coffee plantations. Farms in Ethiopia with shade grown certification may receive as much as 20% more revenue per unit of crop.

So for your next cup, look for “shade grown” and “bird friendly” coffee, certified by the Rainforest Alliance or Smithsonian Migratory Bird Center and encourage these organizations to certify farms in Ethiopia – the birthplace of coffee and likely the most biodiversity-friendly. 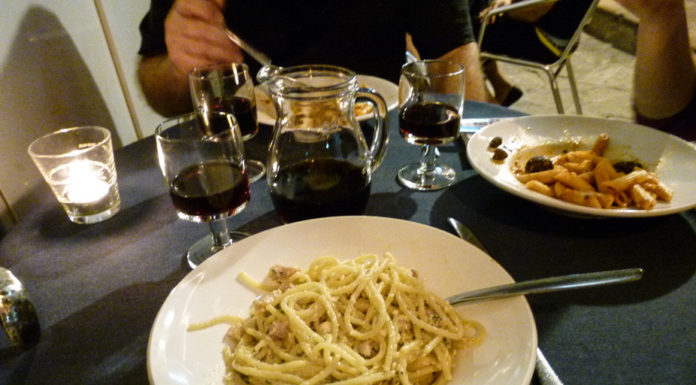 Is burning trash a good way to handle it? Waste incineration in 5 charts

Rail travel is cleaner than driving or flying, but will Americans buy in?

Why Trump’s plan to forbid spouses of H-1B visa holders to work is a...