By Charis Palmer, The Conversation

Having a wide circle of friends is important to psychological wellbeing, but a network of relatives is more important for men according to new study from the UK.

The research, published in the Journal of Epidemiology and Community Health, found the midlife wellbeing of both men and women seems to depend on having a wide circle of friends, with a lack of friends associated with significantly lower levels of psychological wellbeing.

The study, which included 6500 Britons born in 1958, found that a network of relatives is also important, but only for men, and for women, lack of friends had an even greater negative impact on wellbeing.

“It’s interesting that this study, like others before, has found that being partnered or married is more beneficial to men than women,” said Monika Merkes, Honorary Associate at the Australian Institute for Primary Care & Ageing at La Trobe University.

Dr Merkes said the study did not go into possible reasons for this, but one might speculate that mid-aged women’s caring role for older relatives and their own children or grandchildren adds stress rather than conferring psychological benefits.

More information on why those studied were not in a relationship would be useful said Richard Fletcher, senior lecturer in the Family Action Centre at the University of Newcastle.

“They don’t differentiate on unpartnered people whether they’re separated divorced or single.

“You can imagine your networks would be reduced a bit if you were divorced,” Dr Fletcher said.

The study found one in seven had no contacts with relatives outside their immediate household, and around one in ten said they had no friends.

“This study adds support to previous studies that show being socially connected is good for wellbeing and mental health. In this context, it is of great concern that about one in ten people report having no friends at all,” Dr Merkes said.

The researchers asked about the number of relatives and friends with whom the research participants meet once a month or more, but Dr Merkes said it was not sufficiently clear what was being measured.

“Does this refer to face-to-face meetings only, or are contacts via electronic means, such as telephone, Skype or social media also included? I assume it’s the former. But what about people whose family members live overseas and who keep in regular contact electronically?” 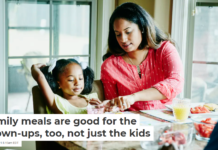 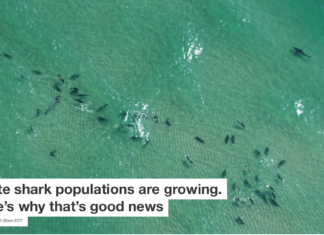 Staff Writer - July 23, 2015
George Burgess, University of Florida When bald eagle populations rebounded, people rejoiced. When alligators came back from the brink of extinction, most of us agreed...

CBD, marijuana and hemp: What is the difference among these cannabis...