A medical colleague was shaking his head in disgust. “What is wrong with these medical students today?” he asked. “They just don’t have the same work ethic they used to. In our day, we didn’t have to be coddled. They told us what work had to be done and we did it – no questions asked. But today students need someone to hold their hand and explain why they are being asked to do each little thing. These Gen Xers and Millennials – what does all this talk about meaning and work-life balance really amount to when a patient is suffering cardiopulmonary arrest at 3am?”

Everyone needs space to blow off a little steam once in a while, and I’m as tolerant as anyone to the occasional rant. But my colleague’s comments were not isolated. Both inside and outside the halls of medical schools, this kind of talk is no longer exceptional.

In fact, it is becoming the rule. Whole groups of similarly aged people, who are probably as different from one another as any group in history, are clumped together in generations as though they were clones of a single stereotype. And what begins as an offhand remark often quickly becomes doctrine.

Generationalism bears many similarities to other forms of discrimination, and its effects are no less pernicious. It stigmatizes a whole group of people simply by an accident of birth. Millennials (1981-2000) are typically characterized as me-first, self-absorbed and technophilic. Gen Xers (1966-1980) are suspicious of authority, pampered and operate with a sense of entitlement.

But it works both ways. Just as senior physicians bemoan the poor work ethic and cynicism of younger generations, younger people can find much to decry about their elders. To medical students in their 20s, the Baby Boomers (1946-1965) who now run many medical schools and health care organizations may seem excessively ambitious, materialistic and wrapped up in their work.

Likewise, the Traditionalists (before 1946), who until recently ran most such organizations, were said to be too risk-averse, linear and uncreative in their thinking, and excessively deferential to authority.

Generationalism is dangerous in part because it can become what the sociologist Robert Merton called a self-fulfilling prophecy, a false understanding of a situation that evokes attitudes and behaviors that cause it to become true. Convinced that members of other generations just don’t get it, senior physicians may fail to challenge junior colleagues in ways that could contribute to their professional growth. Such prejudices can also short-circuit the sharing of perspectives between people of different generations, who might otherwise learn something valuable from each other that could enhance their work.

The notion that age tells us all we need to know about a person or group of people is dubious. To be sure, a 15-year-old is likely to be more adept than a 55-year-old at texting or posting an entry on a social media site. A 75-year-old is more likely to have military experience than a 25-year-old. But such generalizations gloss over far more interesting interpersonal differences in domains such as culture, life experience, temperament and character. We cannot reliably predict that a member of any generation is more industrious, creative or loyal than another simply by virtue of age.

Such generalizations are invalidated all the time. Allen Ginsberg, perhaps the best-known of the beat poets and the author of Howl, qualified as a Traditionalist. Many of the most prominent figures in the rise of Silicon Valley, including Bill Gates and Steve Jobs, were Baby Boomers, a group supposedly reluctant to change. Gen X, which is marked by a resistance to share information, includes Twitter founder Jack Dorsey.

I see stereotypes like these contradicted regularly at work. Young medical students who supposedly resent working hard go above and beyond the call of duty. They exceed the faculty’s expectations, teaching even those who think they have seen it all something new. They make sacrifices at work for the sake of their families, and they make sacrifices at home to care for patients and help colleagues. Though supposedly addicted to multi-tasking and smart phones, they display a remarkable capacity to set other concerns aside and focus completely on the patient before them.

To be human is to be tempted to categorize and pigeonhole people, to adopt shortcuts that relieve us of the burden of really getting to know and understand those around us. But in the end, it represents a lamentable form of sloth. To save ourselves the trouble of finding out for ourselves, to justify our own uneasy sense of self-worth, or simply to gorge on the forbidden fruit of presumed superiority and self-satisfaction, we pretend that highly heterogeneous people are all alike.

To the moral failings of bigotry we should add generationalism. People should not be defined by the color of their skin, the faith tradition in which they were raised, whether their genotype is XX or XY, or the generation into which they were born. The goal in learning about others is not to dismiss but to get to know them – not just as members of some category or class, but as distinctive human beings who, given the opportunity, can likely defy our expectations.

Richard Gunderman does not work for, consult to, own shares in or receive funding from any company or organisation that would benefit from this article, and has no relevant affiliations. 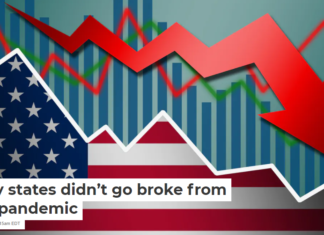 Staff Writer - May 2, 2021
Raymond Scheppach, University of Virginia During the summer of 2020, there were many news reports about the impending state...

Why Converse has filed 31 lawsuits over century-old sneaker design