President Donald Trump threatens people a lot. He menaces, he bullies and then he explains his words away.

As a scholar of American political rhetoric, I have paid close attention to Trump’s use of words. In particular, I’ve focused on something called ad baculum – or threats. Ad baculum is Latin for “appeal to the stick.” Demagogues typically use threats to prevent their opponents from thinking critically. Threats are useful because they are difficult to question or argue against.

As a presidential candidate, Trump frequently used threats in combination with another rhetorical figure of speech – paralipsis. Paralipsis is Greek for “to leave to the side” or, more colloquially, “I’m not saying, I’m just saying.” This combination allowed Trump to threaten and also not threaten at the same time – a threat with a wink that meant that he maybe didn’t mean it and shouldn’t be held accountable.

Candidate Trump was certainly menacing, but it was sometimes difficult to judge whether to take his threats either literally or seriously.

Trump has stopped using the “wink” of paralipsis since he became president. His threats are now more explicit, but just as hard to interpret.

Candidate Trump, a threat with a wink

For an example of candidate Trump using ad baculum threats with the wink of paralipsis, consider the case of Trump’s comments during a campaign rally in Louisville, Kentucky in March 2016. Numerous protesters interrupted Trump. In response, Trump menaced, “Get ‘em out of here.” He then looked on as members of the crowd forcibly removed protesters.

The protesters have filed a legal complaint against Trump alleging they were assaulted as a result of his speech. They argue, “Each time he said ‘Get them out,’ Trump intended for his supporters to use unwanted, harmful physical force to remove protesters.”

As the crowd began removing the protesters, Trump said: “And don’t hurt ‘em. If I say ‘Go get ’em,’ I get in trouble with the press, the most dishonest human beings in the world. If I say ‘Don’t hurt ’em,’ then the press says Trump isn’t as tough as he used to be, can you believe? So, you can’t win with these people.”

Trump’s lawyers attempted to take advantage of the plausible deniability of the paralipsis, arguing that “Mr. Trump explicitly said, ‘Don’t hurt them.’ Thus, even if some causal link could be inferred between Mr. Trump’s call to have the protesters removed and the actions of three people in the crowd, Mr. Trump’s directive not to harm anyone severed the connection.”

That’s the wink that made candidate Trump’s words difficult to judge.

A federal judge has ruled that it was “plausible” that Trump either intended to incite riot or did incite riot at the Louisville rally. The judge’s ruling means that the case can now go to trial. At issue, presumably, will be whether or not the rally crowd should have taken Trump’s threat seriously.

As president, Trump still holds rallies, but he seems to have lost much of the joy that he had as a candidate. His language is less ironic, as befits a president, perhaps, but it is also darker and even more menacing.

One thing that President Trump hasn’t moved away from is his use of ad baculum, or threats, to silence his opposition.

Now that he has the power to carry out his threats, he uses their coercive power more directly. There’s still some ambiguity about whether he’ll follow through, but the threats themselves are more directly stated.

It’s noteworthy when a political leader uses ad baculum threats because they are themselves a form of violence and anti-democratic.

For example, Adolf Hitler used threats of force strategically to silence opposition. He described his technique in “Mein Kampf”: “It was simply stated that we were the masters of the meeting, that consequently we had the authority, and that everyone who would dare to make only so much as one interrupting shout, would mercilessly be thrown out by the same door by which he had come in. That further we had to reject all responsibility for [the safety of] such a fellow.”

Trump obviously isn’t Hitler, but threats – whether used by totalitarians or by presidents – are always coercion.

Threats are anti-democratic. As philosopher Hannah Arendt notes, they are force, not persuasion: “to command rather than persuade, were pre-political ways to deal with people.” Arendt wrote that such threats relied upon “uncontested, despotic powers.”

Not only are Trump’s threats coercive and anti-democratic, but, as it turns out, they aren’t very effective in helping him to get his agenda passed. Perhaps President Trump might find that he can accomplish more in office if he begins to persuade, rather than threaten, his opposition. 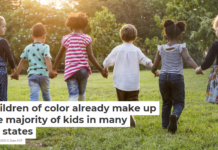 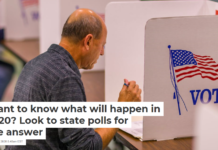 Want to know what will happen in 2020? Look to state polls for the answer 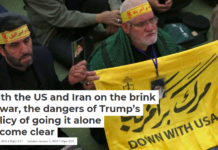 With the US and Iran on the brink of war, the dangers of Trump’s policy of going it alone become clear 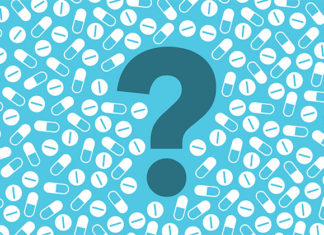 A perfect storm of factors is making wildfires bigger and more...