As we approach 2016, we look back at the big – even world-changing – stories of The Conversation’s environment and energy coverage this year.

The biggest story of 2105 from the environment and energy desk is a clear choice but, paradoxically, its impact is still murky.

The COP21 United Nations climate summit in December yielded the Paris Agreement, which includes pledges from nearly 200 countries to dramatically lower greenhouse gas emissions in the years ahead.

Most everyone can agree that it’s a remarkable demonstration of the world’s commitment to combat climate change, but whether it’s a historic turning point in greenhouse gas emissions is very much a matter of debate.

Indeed, moments after the gavel went down in Paris amid much celebration, a number of questions arose, including how accountable countries will be to their commitments and whether there will be sufficient money to help developing countries adapt to the effects of climate change and move off of fossil fuels.

Here in the US, the question was: could Congress and a subsequent president unravel or block Obama’s signature climate policies? (Short version: it wouldn’t be easy.)

How the energy system is changing – or isn’t

In the run-up to Paris, The Conversation published a number of articles to explore the effects of climate change and how our energy system is (or isn’t) changing.

Given how much capital is already invested in our fossil fuel-dominated energy system, it will take decades to replace the energy infrastructure, even with climate-friendly policies.

Our academics also explained why energy innovation is so slow, what to do about earthquakes linked to oil and gas drilling, why Tesla’s home batteries are such a big deal and how rooftop solar is disrupting the power grid.

The tension between our dependence on fossil fuels and climate change was a theme in many articles, including a look at the merits of hybrid solar-and-natural gas power plants, the emissions cost of shutting down aging nuclear plants, the slow progress on carbon capture and storage, Shell’s decision to drop plans to drill in the Arctic and, most dramatically, the Obama administration’s rejection of the Keystone XL pipeline.

From California to the Arctic

Much environmental news came from the West this year: California’s punishing drought, the rise of a giant El Niño, the warm “blob” in the Pacific Ocean that’s wreaking havoc in surprising ways and the devastating wildfire season.

In climate science, we published scientists’ studies on melting ice sheets in Antarctica, the so-called hiatus in global warming and whether natural variability in the atmosphere and ocean masks the long-term warming trend.

Elsewhere, we focused on the fast-changing Arctic.

We unpacked the latest science on whether a warming Arctic can explain North America’s brutally cold weather last winter, how quickly polar bears can adapt to warming, plans to open up commercial fishing and whether the far North will shift from being a carbon sink to a source of carbon.

With all the changes humanity is bringing to the planet, we will most certainly hear more of the term “the Anthropocene,” the notion that we are in a new geological epoch defined by our species’ dominance over the Earth.

Our academics weighed in on various aspects of the Anthropocene, including the value of nature, the ethics of “rewilding” large portions of the Earth and what preserving nature means.

Perhaps the biggest newsmaker in the environment came from an unlikely source this year: the Vatican.

Pope Francis’ encyclical on the environment known as Laudato Si’ raised the issue of humanity’s treatment of the Earth into the realm of moral philosophy and reached millions of people.

Also in politics and policy, we covered the link between the climate change-worsened drought in Syria and its civil war.

In Washington, DC we documented Obama’s attempts to build a strong legacy on climate change despite his political foes.

What did our readers like? Certainly all of the above, but who doesn’t like a good story about animals and wildlife? Here we had a number: eastern coyotes, feral cats, urban wildlife, dogs and elephants.

For more of what you liked, below you’ll find links to the 10 most-read articles from environment and energy this year. 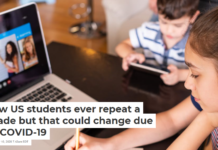 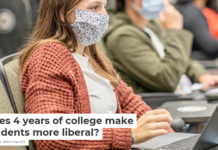 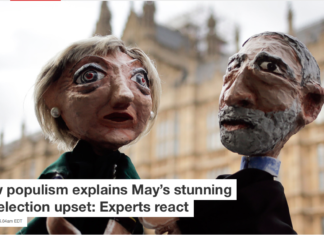