As we eye a brand new year, it’s good to look back and see what stories 2015 brought us. Here is a look at what kept the health and medicine desk busy over the past year.

Thinking about the immune system

At this time last year, a measles outbreak was brewing in California, eventually spreading to a number of other states and putting vaccines back in the headlines. Our experts examined why herd immunity matters, or how vaccine exemptions for school children can have an effect on rates of vaccine-preventable disease, and how a vaccine can change the way we perceive the disease it prevents.

Are we prepared for a major infectious disease outbreak (by the way – do you know the difference between an outbreak and an epidemic)? Over the summer we brought you a piece by Bruce Ribner, the director of Emory University’s serious communicable disease unit (which cared for the first Ebola patient to be treated in the US), reflecting on that experience and how we can prepare for infectious disease outbreaks in the future. He says that the big risk we face is our own short attention spans.

Speaking of vaccines and infectious disease, did you know the composition of bacteria living in your gut (the gut microbiome) can influence how effective a vaccine is? It turns out that our complex bacterial ecosystem that lives in our guts actually has a big role to play in the development of our immune system. In fact, rising rates of antibiotic use might play a role in the rise of immune disorders, like allergies. Aside from a healthy crop of bacteria, research shows that a few intestinal worms might actually do you some good.

In June, the Affordable Care Act (ACA) survived yet another challenge in the Supreme Court. If some details about how the ACA works still elude you, you’re not alone. Law professors helped to explain the ACA in blog posts and newspaper articles, and it seems the Supreme Court (and their clerks) were paying attention.

While the ACA is making it possible for more people to get insurance, research shows that young people or those buying insurance for the first time often aren’t quite sure what terms (like deductible) actually mean. And health care remains expensive, which means that medical debt – and bankruptcy – are growing problems.

One of the biggest stories of 2015 is the ongoing opioid addiction crisis. Over the past year, we’ve looked at whether stricter controls on certain classes of opioids, like Vicodin, would curb abuse, how the increase in prescription opioid painkillers has changed the demographics of heroin use and how the stigma against people who use heroin can make it harder for them to get help and treatment.

Opioids aren’t the only drugs in the headlines. While a handful of states have legalized recreational marijuana, that might not lead to more addicts. And the use of untested and unregulated synthetic drugs is growing. These drugs, often designed to mimic the effects of marijuana (hence the common but inaccurate name, synthetic marijuana), emerge from underground labs where chemists can create new formulas as quickly as the old ones are identified and banned.

Switch it off.
Lightbulb image via www.shutterstock.com.

Turn off the lights

I hope that the winter holiday means some of you are getting a bit more shut-eye. It turns out flexible work schedules can lead to a bit of extra sleep. And those hours spent in dreamland aren’t just critical for your physical health – you can also unlearn social biases while you slumber.

With the winter solstice behind us, we can look forward to our days getting a tiny bit longer – but darkness is good for you too. We may underestimate how important time in dark is to our health, so maybe it’s worth embracing these long winter nights.

So what were our readers’ favorite stories for 2015? Here are the top 10 most-read articles for the year. 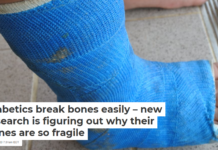 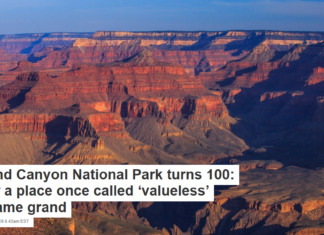