Many meteor showers, caused by the Earth passing through streams of debris left behind by comets and asteroids, occur as regularly as clockwork, year on year. But whether you can see a great display in the night sky from a given shower varies from year to year, for a variety of reasons.

So what will be the highlights of the coming year, 2016?

Unfortunately, several of the year’s best showers (including the wonderful Geminids) will be wiped out by moonlight in 2016, so aren’t mentioned in this list. Fortunately, though, several good showers remain.

For observers in the northern hemisphere, the year starts with a bang. The Quadrantids are one of the year’s big three meteor showers, yielding rates that can exceed 100 or even 150 meteors per hour.

Unfortunately, their peak is very short, with rates only remaining above about a quarter of their peak for around a day. As a result of this, and the usually highly inclement winter weather in the northern hemisphere at Quadrantid peak, they are often overlooked.

Moonlight will not interfere with the Quadrantids in 2016. So, if skies are clear, it is possible that observers could see a great show. While Quadrantids can be seen at any time during the hours of darkness, the best rates are garnered in the morning hours, as the radiant rises higher into the sky before dawn.

A nice spectacle to start the new year.

The Eta Aquariids are another shower best seen in the early hours of the morning. But they can be well worth setting your alarm early to observe.

Fragments of the most famous of comets, 1P/Halley, the Eta Aquariids are a broad meteor stream. It takes the Earth around six weeks to cross their full width.

The maximum occurs around May 5, and unlike the Quadrantids, the peak is broad. Rates often exceed 30 meteors per hour, in the hours before dawn, for over a week around the peak.

Eta Aquariids are fast meteors, hitting Earth’s atmosphere at 66km/s. They are often truly spectacular when seen shortly after the radiant rises, a few hours before dawn. These Earth-grazers often span the sky from horizon to horizon, leave lingering smoky trails, and are definitely an eye-catching sight.

The peak of the shower in 2016 occurs around the time of New Moon making it an ideal year to check out this enigmatic morning shower.

In the middle of the northern hemisphere summer, the attention of meteor observers usually turns to the Perseids, one of the highlights of the year. But a number of more minor showers are also active towards the end of July and start of August, and between them, they combine to give reasonable rates for observers in both hemispheres.

While the Perseids (which we’ll say more about in a moment) are best seen from northern skies, the Piscis Austrinids, Southern Delta Aquariids and Alpha Capricornids are visible across the globe and are actually easier to observe from the southern hemisphere than the north.

While each of the showers is relatively minor (at least compared to streams like the Perseids), they combine to yield 20 or 30 meteors per hour at their maxima, which all fall together in a cluster around the July 28-30.

The new moon falls on August 2, which means the maxima of these showers can be observed under dark skies, giving an ideal opportunity to check out these less well known showers.

Of the three showers, the Southern Delta Aquariids are the most active. They display several sub-maxima around July 26-31, reaching around 15 to 20 meteors per hour under perfect conditions.

The other two showers are weaker, perhaps yielding around five meteors per hour each at their peak (though they have occasionally exhibited higher rates). But the Alpha Capricornids have a reputation for producing bright, slow, spectacular fireballs, so are well worth looking out for.

The best viewing for these showers is around midnight, local time, though they can be seen for most of the night.

The Perseids are only really accessible for observers in the northern hemisphere, but from there, they can be truly spectacular.

They occur in the middle of the northern hemisphere summer, during the school holidays there, and almost feel designed to get people interested in astronomy.

The Perseids are possibly the most easily accessible of the three big ones. Where the Geminids and Quadrantids occur in the often bitter depths of the northern winter, the Perseids are well suited to camping, and relaxation on a pleasant warm night.

The Perseid radiant reaches a useful altitude at around 10pm or 11pm, local time. From then on, conditions continue to improve through the early hours of the morning.

In any given year, at maximum, the Perseids can yield in excess of 100 meteors per hour. But 2016 could be unusually good. Calculations show that the Perseid debris stream has been nudged by the gravitational influence of Jupiter, bringing the densest part closer to Earth’s orbit.

As a result, Perseid rates promise to be particularly high. It is quite feasible that maximum rates could exceed 150 per hour.

In addition, 2016’s peak may feature several sub-maxima, as Earth passes through concentrations of dust laid down by the Perseid’s parent comet, 109P/Swift-Tuttle, during previous perihelion passages.

This is particularly important for observers in Europe. On the night of August 11 and morning of August 12, it is likely that these enhanced rates might reach, or even surpass, the number of meteors to be seen at the traditional time of maximum, which falls some 14 hours later.

Wherever you are in the northern hemisphere, the nights of August 11 and 12 are a prime time to watch for the Perseids. Perseids are fast meteors, often bright and eye-catching, and make a good excuse for a camping trip.

Moonlight unfortunately interferes with the maxima of all the main meteor showers of the final third of the year, washing out the peaks of the Orionids, the Leonids and the Geminids.

At the very end of 2016, however, comes a northern-hemisphere-only shower that is often overlooked, the Ursids. Ursid meteors radiate from a point just 14 degrees from the north celestial pole.

As a result, their radiant is circumpolar (never sets) for all locations north of a latitude of 14 degrees. The further north you live, the higher the radiant sits in the sky, meaning that Ursid meteors can be observed throughout the hours of darkness.

The Ursids occur at the northern-hemisphere mid-winter. This results in the unusual situation that it is possible for people in the Arctic Circle to observe a meteor shower in the middle of the day.

In most years, the Ursids are only a moderately active shower. Around maximum, rates usually reach just about ten per hour. But on a couple of occasions in the past 50 years, the Ursids have produced outbursts, with rates reaching or exceeding 50 per hour.

Given how poorly observed and characterised the Ursids are, it may well be that several other such outbursts were missed. Indeed, there have certainly been several other years in which observed rates were moderately higher than usual.

While no outburst is explicitly forecast for this year, the Ursid meteor shower could prove a very nice way to end another year of meteor observing.

For more information on the meteor showers throughout 2016, check out the International Meteor Organisation’s 2016 meteor calendar. 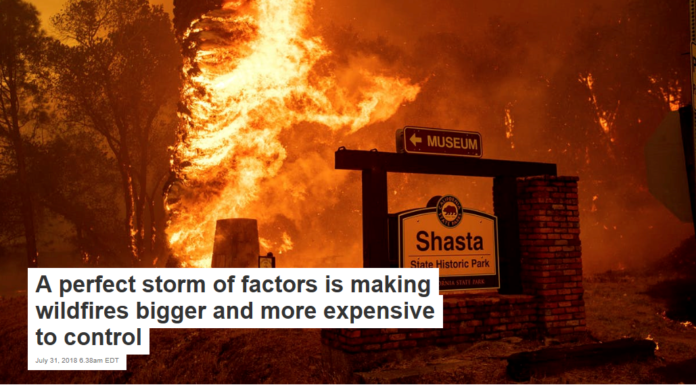 Can your heart grow three sizes? A doctor reads ‘How the Grinch Stole Christmas’