I’m no fan of horror movies. At least I wasn’t until I moved from Hollywood back to my hometown of Pittsburgh, where I met the legendary independent filmmaker George Romero, best known as the inventor of the modern-day zombie and movies like “Night of the Living Dead.”

I had avoided seeing George’s movies for two reasons. First, they’re scary. Second, when I was a teen, my mother had a role in a Romero film initially titled “Hungry Wives.” After seeing some raw footage in which I saw a woman in the movie disrobe, I feared that my mother was naked in it. (Spoiler alert: She wasn’t.)

This past year, I gained a deeper appreciation of his work while teaching “Making the Documentary: George Romero and Pittsburgh,” a course in which my students had access to the newly acquired Romero Archives.

Some students were big fans of the great filmmaker, who shot 14 movies in Pittsburgh. Others had no idea who he was. Together, we learned three important lessons about survival and the human condition. I believe they are especially important today because of the coronavirus pandemic and the damage it’s unleashing.

1. He was a visionary

Many of today’s filmmakers producing socially conscious hit thrillers, like “Get Out” creator Jordan Peele and “Shape of Water” creator Guillermo Del Toro, credit Romero for pioneering this genre.

Take “Season of the Witch,” the official name of that Romero movie my mother was in – fully clothed. It features a suburban housewife who dabbles in witchcraft to explore her feminist powers – and uses it to dispose of her abusive husband.

Another good example is “Martin,” Romero’s favorite. Romero shot it in a once-thriving steel town outside Pittsburgh. The titular main character, a young man who may or may not be a vampire, represents the threat of generational change to a community literally having the life sucked out of it.

Particularly prescient is “The Crazies,” which tells the story of a mysterious virus that infects the citizens of Evans City, Pennsylvania, driving some of them mad. The government calls in the military and quarantines the town. It’s soon hard to tell who is crazy because of the virus and who went insane because of the circumstances.

The government ends up losing the vaccine that could save everyone. Let’s hope this isn’t a case of art predicting real life.

2. He established a powerful metaphor for the human condition

What makes Romero’s vision unique is that his worst monsters aren’t aliens or creatures menacing humanity. Instead, those monsters are us.

In “Night of the Living Dead,” strangers gather in a farmhouse. The fighting among the humans themselves leads to their demise as much as the attack of the undead in what is widely considered the first modern zombie flick. Interestingly, Romero never used the term “zombie” in the script. He called the creatures “ghouls.”

When Romero shot “Dawn of the Dead,” as a hippie at heart he decided to use a local shopping mall as a set. It also served as a prop to make a statement about the mindless consumer culture that all Americans seemed trapped in – even in the afterlife.

For “Day of the Dead,” Romero converted an abandoned underground mine shaft in Wampum, a small Pennsylvania town about 40 miles from Pittsburgh, into a bunker. There, the last survivors of a zombie apocalypse hunker down while the military and government officials fight with scientists trying to better understand the undead. Meanwhile, a zombie that scientists are trying to “train” seems more humane than the folks on whom the fate of our species rests.

3. He was a truly independent and maverick filmmaker

Romero and nine of his friends each initially pitched in US$600 in seed money to make “Night of the Living Dead.” The film later grossed more than $30 million, on what according to many reports was a total budget of only $114,000.

But neither Romero nor his investors would pocket much of that bounty because of a dispute with the distributor. The movie became upon its release one of only a handful of films without copyrights, because of a last-minute title change. (The original title was “Night of the Living Flesh Eaters.”)

Romero could have leveraged the unexpected fame that came without a fortune into a ticket to Hollywood. Instead, he stayed in Pittsburgh, working with low budgets and small crews and retaining creative control over his projects.

My students were inspired by tales of Romero’s ingenuity. For example, because Romero decided that zombies must walk slowly, he faced a problem with how the first zombie would catch up to one of the film’s protagonists in the first scene of “Night of the Living Dead.”

When it turned out the car the production had borrowed had been in an accident, instead of having it fixed, Romero used the dent as an excuse to have the car hit the tree. The staged accident make it easy for the zombie to nearly catch – and terrify – her.

After the pandemic turned my students’ lives into something out of a Romero movie, they found inspiration in how the horror pioneer made the most from what was around him. They kept interviewing subjects over Zoom and developed their own remote way of sharing footage and editing to complete their film.

Many of them now aspire to make films independently as Romero did and see where their imaginations take them without decamping to Hollywood. While steering clear of COVID-19, they are figuring out how to survive just as the heroes of his movies did. 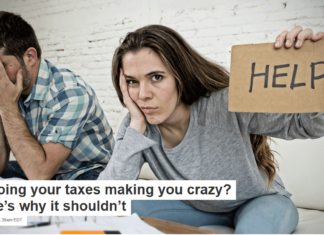 Is doing your taxes making you crazy? Here’s why it shouldn’t

Acute flaccid myelitis: What is the polio-like illness paralyzing US children?